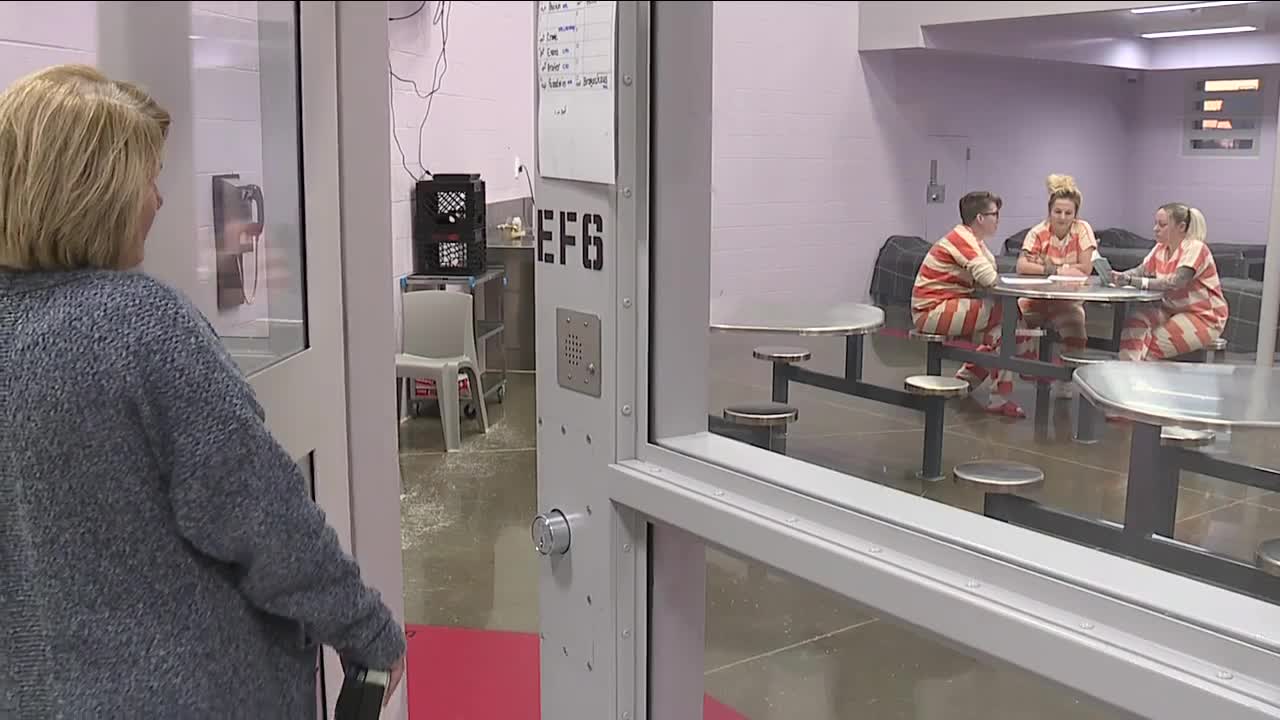 Portage County's sheriff seeks a temporary solution to jail overcrowding and skyrocketing expenses due to drug and opioid addictions by offering inmates treatment in a new "Recovery Pod" from the Hope Village Recovery Center. 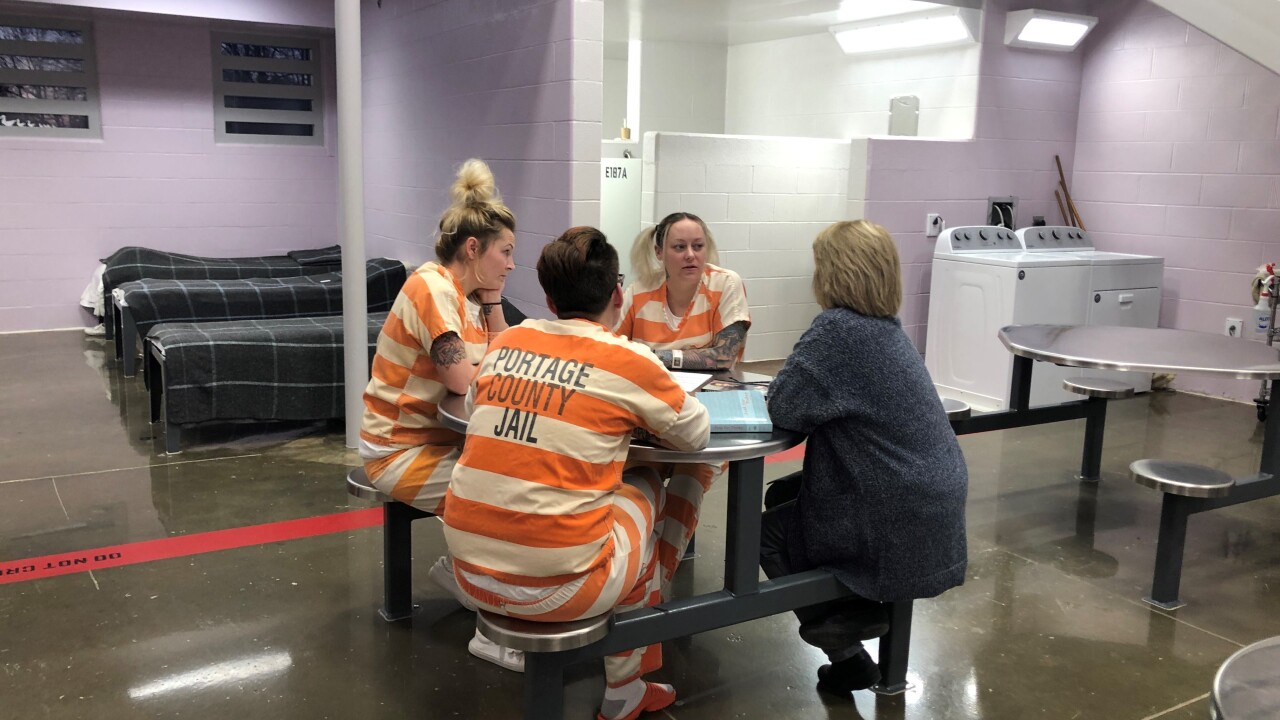 The women are all trying to overcome a drug addiction.

“I’m in each one of these ladies that I help,” she said. “I can relate to them, I don’t judge them. I give them hope because we do recover, and we’re more than what our addiction says.”

Their meeting spot inside the jail is called “The Recovery Pod.”

Tiffany Evans is one of at least 12 women in the volunteer program trying to kick a heroin addiction. She is currently serving a six-month sentence for violating parole and drug possession.

“This is like my fifth time being in jail,” Evans told News 5. “I’ve been in treatment two other times prior to this.”

Evans says she’s willing to do whatever is takes to get back to her 12-year-old daughter.

“It’s been a really rough, hard journey but it’s made me stronger,” Evans said.

Portage County Judge Becky Doherty tells News 5 the county’s recidivism rate is at least 75%. She says about 85-90% of criminal offenses are linked drugs.

“I generally try to put [offenders] on probation, but in order to keep them safe and alive they are put in jail.”

Sheriff David Doak says his jail staff is stretched thin as a result. He says they are also dealing with an overcrowded jail and limited funding.

“It has been a problem for everyone in the state and it trickles down to the sheriffs who run the jails throughout the counties. The food costs go up, medical costs go up, personnel costs go up,” Sheriff Doak explained. “What we’re doing now is not working.”

The sheriff is now turning to Hope Village to help treat female inmates and eventually males as a temporary solution.

“We have a curriculum that we follow. They have homework. I’m there to help them start the recovery plan,” Clark explained. “I’m the one who’s making the phone calls, working with the probation officers or working with mental health wherever their path may go.”

Evans say it’s given her hope to overcome her addiction for good as she thinks about her future as a free woman.

“I’m confident, but I’m scared I’m always going to be scared because it is a disease and I will have to deal with it for the rest of my life.”