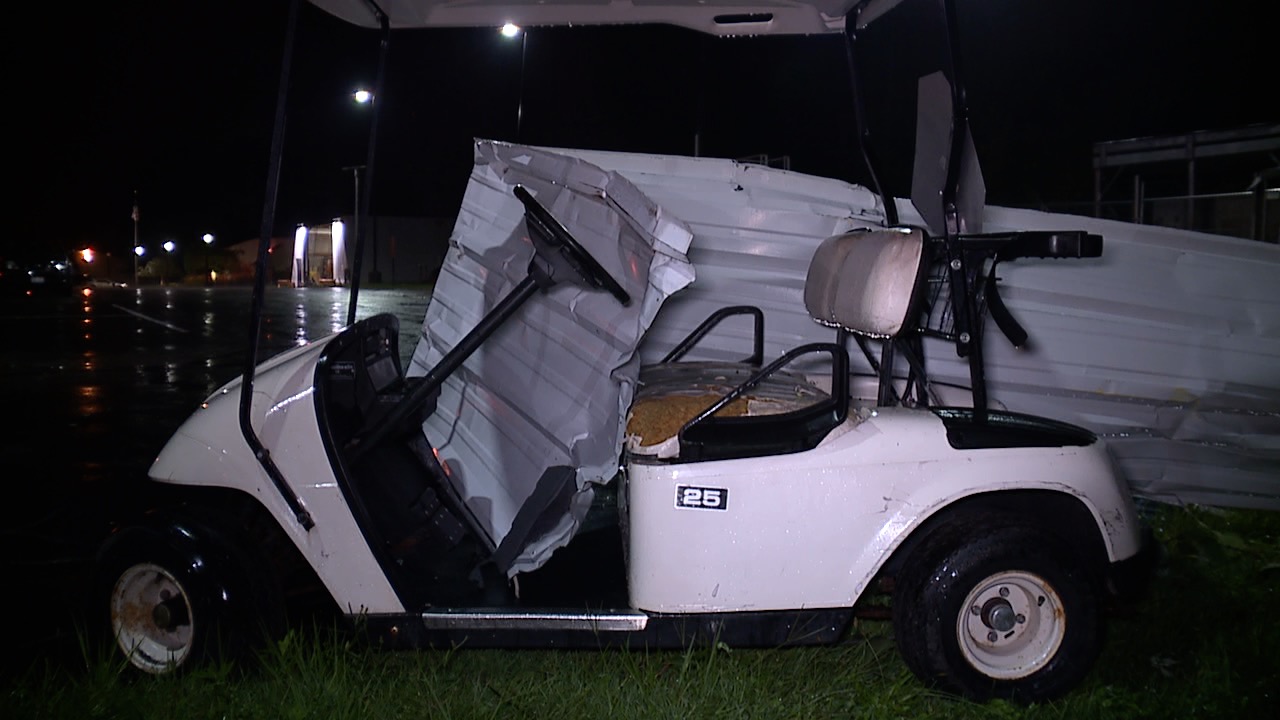 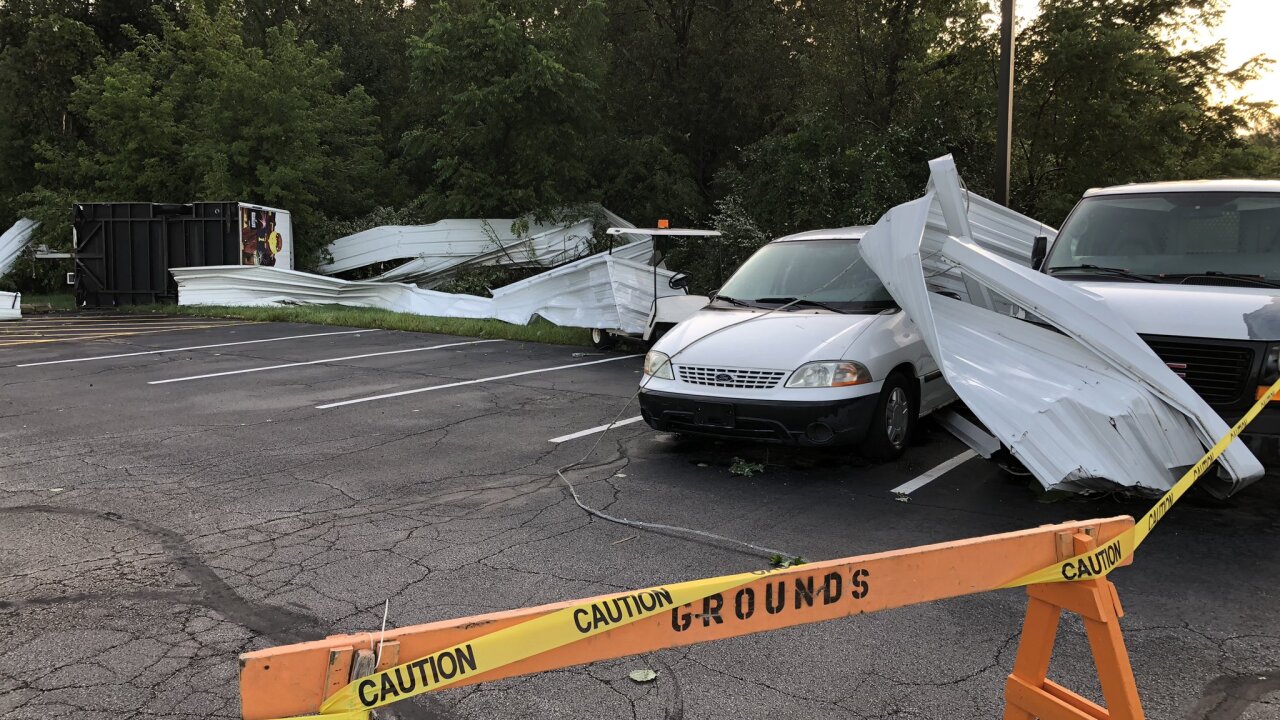 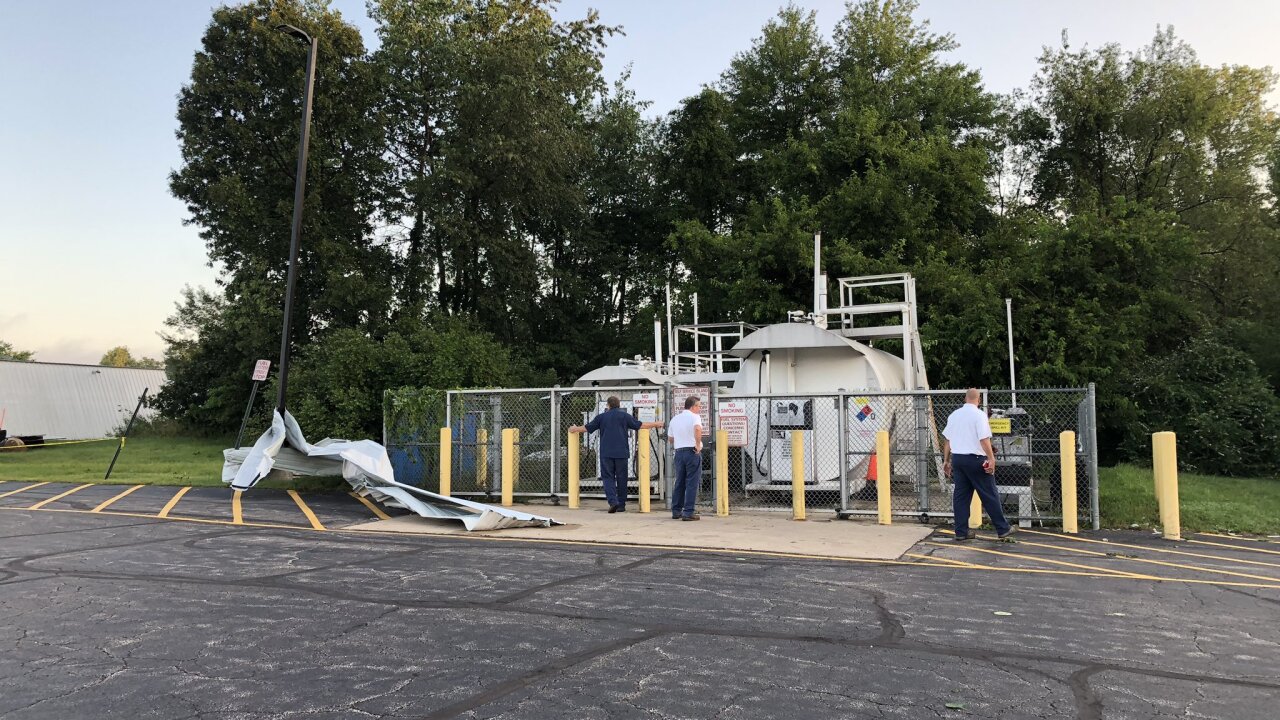 KENT, Ohio — Severe storms on Sunday night shattered windows, dented cars and took off panels from buildings at Kent State University, one of the places hit hardest by storms that also caused thousands to be without power on Monday.

Facility workers showed up early on Monday to survey damage that happened overnight. Both of the workers who spoke to News 5 said they were "pretty impressed" with how strong the winds must have been to yank off panels from buildings.

Near Kent State's Dix Stadium, at least eight cars had broken windows caused by tree branches and other debris. The parking lot where the cars were damaged is used for overflow and freshmen parking.

Tiny screws were found sprinkled across the parking lot following the storms. New 5's Kevin Barry picked up some of the screws found during clean up efforts.

Sturdy pieces of metal didn't stand a chance against the storms. Panels were found across a parking lot on campus, some of which traveled far before being stopped by a tree line and some cars.

At the Kent State Lock Shop building, 1781 Summit Street, the roof was ripped off and thrown through the parking lot into two vans and a golf cart. A smaller trailer was also found on its side.

Employees are working Monday to assess and clean up the damage. As of 7:31 a.m., thousands of residents wait for power to be restored. According to FirstEnergy's power outages page, customers could be waiting until this afternoon before power is back.