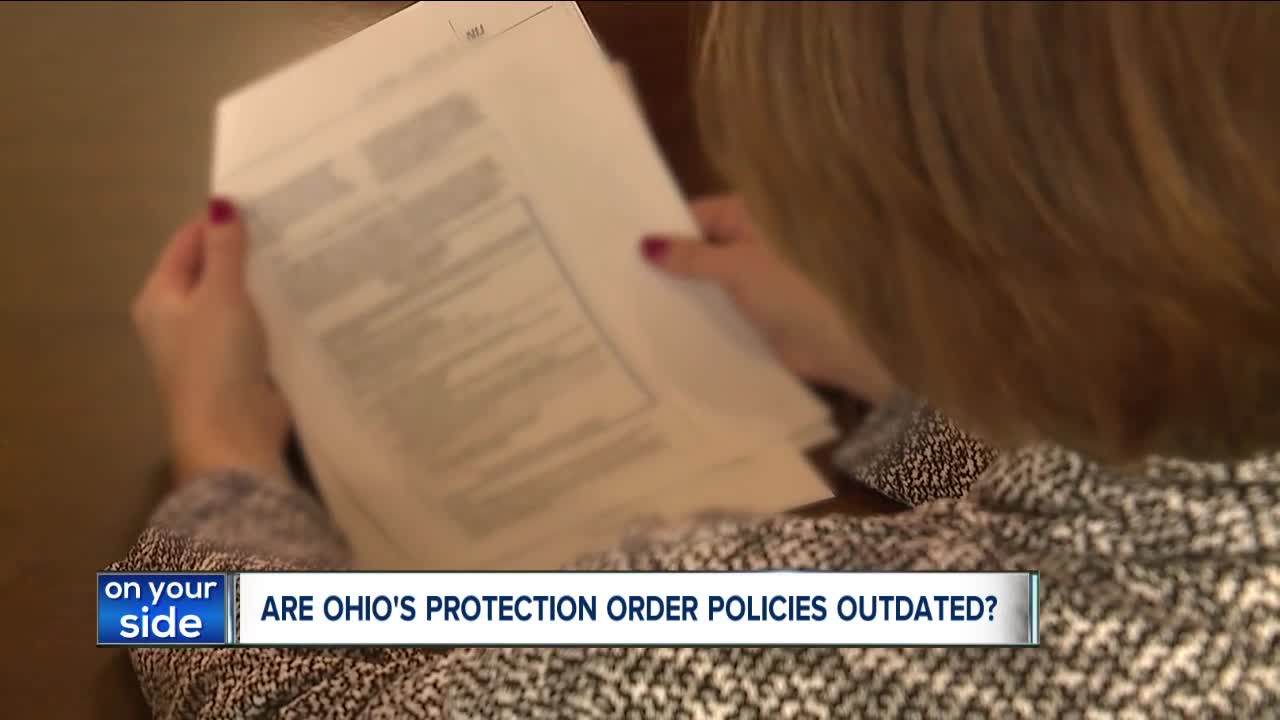 Following public backlash of a domestic violence case in which a Huron County woman was denied a protection order against her estranged husband just several weeks before he admitted to fatally stabbing her, a Richland County Domestic Relations judge released a detailed explanation as to why. 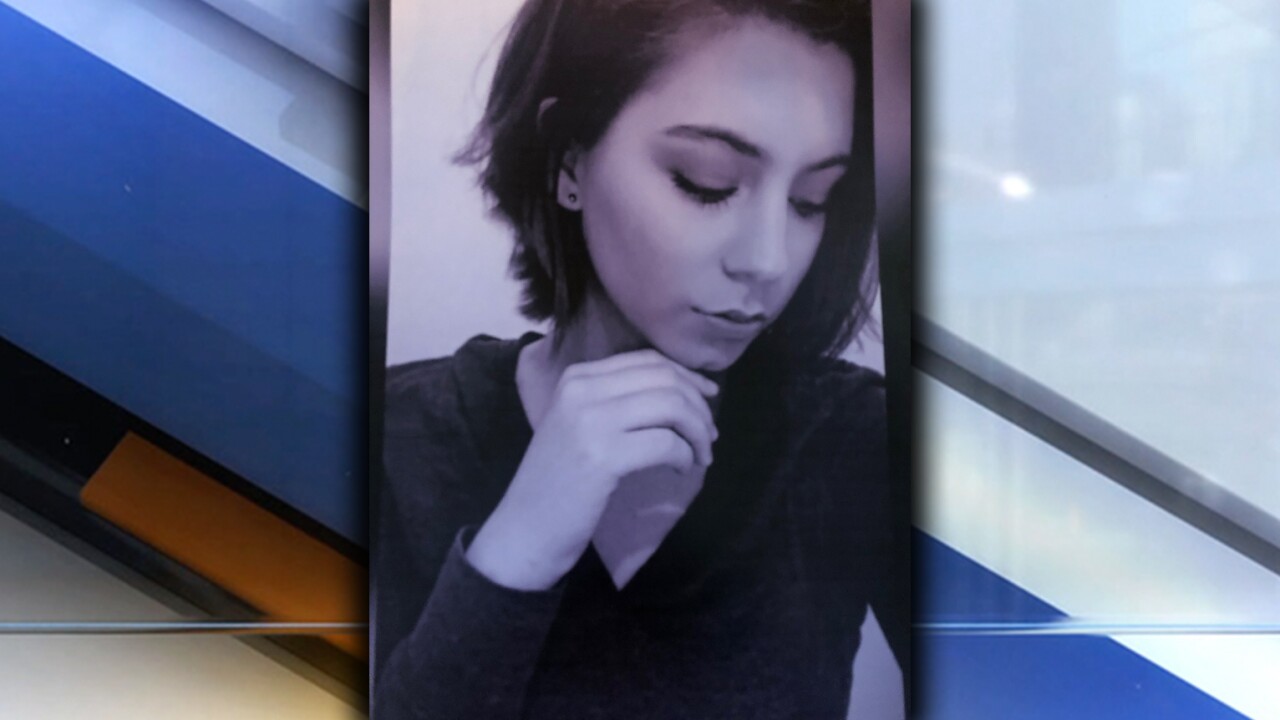 RICHLAND COUNTY, Ohio — Following public backlash of a domestic violence case in which a Huron County woman was denied a protection order against her estranged husband just several weeks before he admitted to fatally stabbing her, a Richland County Domestic Relations judge released a detailed explanation as to why the court did not grant the 22-year-old woman the protection order.

Advocates for victims of domestic violence believe some assessments regarding protection orders are outdated.

"And I think when somebody does come forward to say 'I need help' or 'this is happening to me,' we need to really, really believe them and take that seriously," said Melissa Graves, the CEO of the Cuyahoga County Domestic Violence and Child Advocacy Center. She said some judges disregard emotional and psychological abuse when assessing potentially violent situations.

Richland County Domestic Relations Judge Heather Cockley provided background information on this case, court procedures and decisions with the hopes of providing understanding to the public.

“The magistrate who heard this case has cried many tears for the victim and her family. She has also been unmercifully and unfairly attacked and blamed on social media,” said Cockley in a decision entry on the case filed Tuesday. In the entry, Cockley analyzed the magistrate's decision to deny a protection order.

“I hope through this decision to provide some education to the public as to what courts do, discuss what happened in this case, ask for civility towards the magistrate who heard this case, and ask for respect and civility towards the entire court system, which is composed of magistrates and judges who care deeply about the people and families that they serve, and make the best decisions they can based upon the facts and the law," Cockley stated.

On Feb. 11, Gaberien Clevenger’s body was found in a wooded area near State Route 96 and Bowman Road. Police said her estranged husband, Alec Blair, admitted to stabbing the 22-year-old and led investigators to her body.

According to detailed court proceedings filed on Tuesday and given to News 5, on Jan. 22, Clevenger filed for a domestic violence protection order against Blair.

"Because they have now gone out and made a move to protect themselves," Graves said, "Their abuser knows and now they’re in a doubly dangerous situation."

The week prior to receiving threatening messages, Clevenger told the court that Blair had been showing aggression as if he actually wanted to hit her. When the magistrate asked for clarification, she told the court, as she also reported to police at the time, that he broke things inside their home and as she was trying to get out of the bathroom, he wouldn’t let her out, pinning her in the bathroom, screaming in her face, calling her names and not letting her move, as stated in the court document.

Clevenger also reported to the court that when Blair went to her place of employment twice to give her some property, he cussed her out and screamed.

The judge denied Clevenger's request, finding she "failed to prove by a preponderance of the evidence that [Blair] committed domestic violence against her or her family members," since he did not sexually or physically abuse Clevenger.

After the request for the protection order was denied, Judge Cockley went back and listened to the audio from the hearing. She said in her decision that she was alarmed by the incident in the bathroom.

The magistrate had asked for an example of Blair showing aggression as if he actually wanted to hit her to determine what he meant. The court ruled there was no evidence Blair had been charged with any criminal action.

Cockley wanted to remind readers that the only evidence that may be considered is the evidence set forth at the full hearing.

At the full hearing, Clevenger testified that her husband had a “big problem” with anger.

While revisiting the magistrate’s decision, Cockley said anger does not constitute domestic violence, nor does sending harassing Facebook messages or breaking things.

"People who are in that situation know it best, so if they’re going to the court or going to the police, they are incredibly fearful," Graves said, "A lot of times in abusive relationships, there might not ever be any physical signs of abuse. It might not even be any signs of physical abuse happening."

The judge said there was no evidence Blair broke into her house, pointing to the fact that the two were married and he apparently had a key.

The magistrate in the case used a Danger Assessment Tool, which is made up of 15 questions to measure a woman’s risk in an abusive relationship:

1. Slapping, pushing; no injuries and/or lasting pain
2. Punching, kicking; bruises, cuts, and/or continuing pain
3. 'Beating up'; severe contusions, burns, broken bones
4. Threat to use weapon; head injury, internal injury, permanent injury
5. Use of weapon; wounds from weapon
(If any of the descriptions for the higher number apply, use the higher number.)
“Mark Yes or No for each of the following. ("He' refers to your husband, partner, ex-husband, ex-partner, or whoever is currently physically hurting you.)
1. Has the physical violence increased in frequency over the past year?
2. Has the physical violence increased in severity over the past year and/or has a weapon or threat from a weapon ever been used?
3. Does he ever try to choke you?
4. Is there a gun in the house?
5. Has he ever forced you to have sex when you did not wish to do so?
6. Does he use drugs? By drugs, I mean “uppers' or amphetamines, speed, angel dust, cocaine, 'crack,' street drugs, or mixtures.
7. Does he threaten to kill you and/or do you believe he is capable of killing you?
8. Is he drunk every day or almost every day? (In terms of quantity of alcohol.)
9. Does he control most or all of your daily activities? For instance: does he tell you who you can be friends with, how much money you can take with you shopping, or when you can takethe car? (If he tries, but you do not let him, check here:
the car? (If he tries, but you do not let him, check here:
10. Have you ever been beaten by him while you were pregnant? (If you have never been pregnant by him, check here: __)
11. Is he violently and constantly jealous of you? (For instance, does he say 'If I can't have you, no one can.')
12. Have you ever threatened or tried to commit suicide?
13. Has he ever threatened or tried to commit suicide?
14. Is he violent toward your children?
15. Is he violent outside of the home?”

The court found no evidence that Blair had beaten Clevenger. The court also found there was no evidence of slapping, pushing, punching, kicking, or use of a weapon.

"While respondent [Blair] wished petitioner [Clevenger] dead, he did not threaten to kill petitioner and there was no evidence that petitioner believed respondent was capable of killing her," the court document states.

“There was no way the Court could have predicted that Petitioner's life would be taken," Cockley stated in the decision.

Kathy Ezawa, a spokesperson for The Domestic Violence Shelter, Inc., a facility in Mansfield that serves Richland County, released this statement in response to Cockley's decision:

"We are, of course, disappointed that Ms. Clevenger was not granted a protection order. It’s true, a piece of paper is sometimes not enough to protect someone from further injury, but in most cases, it acts as the deterrent that it was meant to be.

"According to the Ohio Domestic Violence Network, domestic violence is defined as a pattern of abusive and coercive behaviors, including physical, sexual, and psychological attacks, as well as economic coercion, that adults or adolescents use against their intimate partner. ODVN goes on to discuss that while physical assaults may occur infrequently, other parts of the pattern, including emotional abuse may occur frequently, even daily. When most people hear the words, domestic violence, they immediately think about physical violence which includes slapping, punching, pinching, and strangulation. Many abuse victims live and work among us and we would have no idea the torture they are enduring by brain washing and gas lighting. Only a victim knows their abuser best. They know their mannerisms, actions, eye movements and secret words. Often times in the courtroom victims are immobilized by fear by being in the same room as the abuser. They have heard their abuser say, if you admit to these horrible things in court, I will follow through with my threats.

"As Judge Cockley lays out in her response, it’s not the courts job to assist the petitioner in filling out the petition. They can only take the words that victims have written on the petition or the things they say at the full hearing as evidence in granting a protection order. It is imperative that victims come prepared to provide as much detail as possible, no matter how irrelevant it sounds. As this is a legal hearing, the responsibility to prove fear for one’s life is literally on the victim. If they have never been involved in the legal system, never have filed a police report, are naïve about the laws concerning domestic violence, naïve about the process and not able to fully articulate their fear, it’s going to be difficult to get a protection order. I would also add that the court hears hundreds of petitions each year. Although the percentage of people who falsely file for an order of protection are small, the court is obligated to hear each case individually and judge it based on its own evidence.

"This court will allow victims’ advocates to provide emotional support in the court room for petitioners. However, they are not allowed to provide any information that might influence the petition as it could border on providing “legal advice” and therefore practicing law without a license.

"In Richland County, someone who finds themselves in a situation that requires a Civil Protection order should retain an attorney to assist them (Although, by law, the petitioner is allowed to file the petition on their own behalf). That is the best way to garner a positive outcome. If an attorney cannot be afforded, fill out an application online with Legal Aid and request an attorney. If neither option is viable, I would suggest reaching out to The Domestic Violence Shelter for advocacy and support.

"The Domestic Violence Shelter, Inc. in Richland County provides services that include a 24 hour crisis line, 24 hour access to emergency, safe housing, sexual assault advocacy and support including hospital advocacy, intensive case management and education/awareness. Our advocates are available, 24/7 to provide education and information, specifically, safety planning to anyone who fears for their life. Advocates can provide education on how the legal system functions and accompany victims through the often confusing and complicated legal process. 1-800-931-SAFE (7233)

"It is my hope that this horrible crime will cause our judicial systems, legal systems and advocacy programs to come together and implement better processes that will provide increased support to victims wishing to file CPOs."