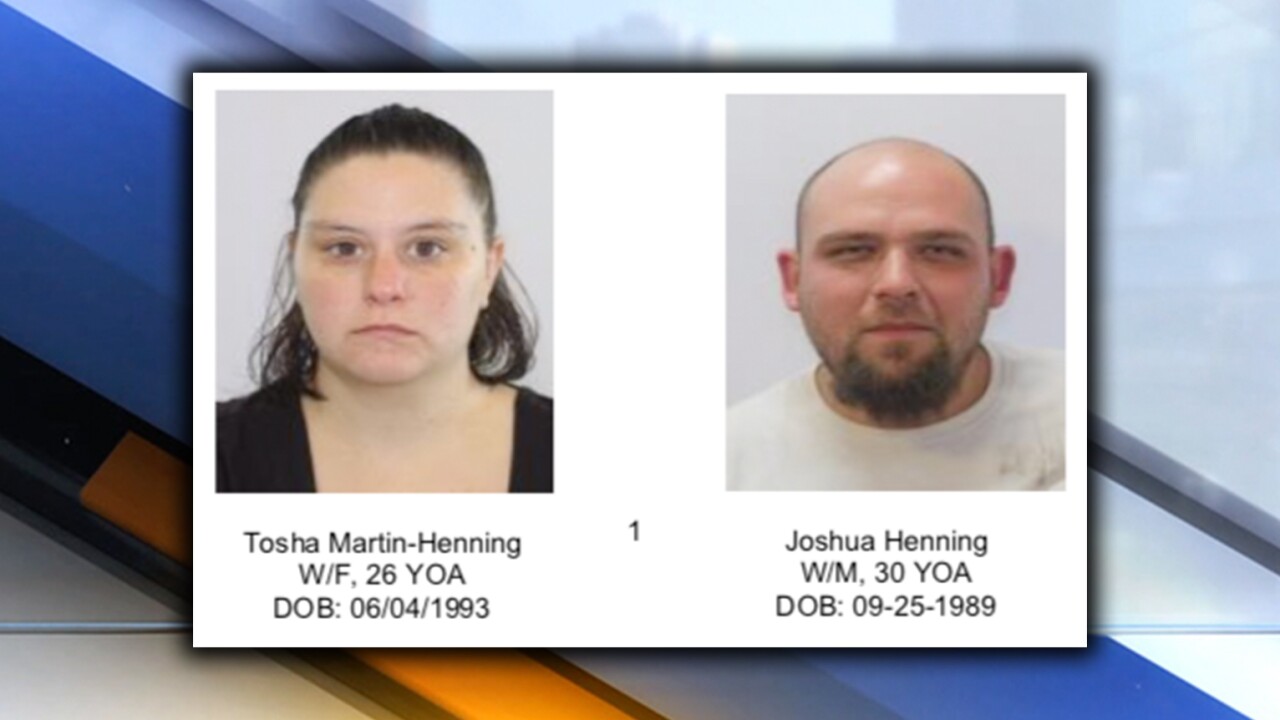 MANSFIELD, Ohio — The Mansfield Police Department is asking for the public’s help gathering additional information following the arrest of a man and woman on a felonious assault charge relating to the alleged abuse of a 7-year-old child.

According to police, Tosha Martin-Henning, 26, and Joshua Henning, 30, were arrested on Sunday.

Police said that on Saturday, a custodial relative of the child contacted the department regarding “suspicious and appalling injuries” of the 7-year-old. The child was later treated at a nearby hospital.

Police said they obtained a warrant and collected evidence from a home in the 100 block of East 1st Street. The two suspects were then arrested taken into custody.

Joshua Henning was on probation for a separate domestic violence case when he was arrested, according to police.

Both individuals are currently being held in the Richland County Jail, authorities said.

“This is one of the worst child abuse cases I have seen and I give credit to our detectives and patrol officers who worked together in an effort to quickly take those responsible, into custody,” said Mansfield Police Captain Shari Robertson.

The department asks that anyone who may have additional information regarding the case to call Major Crimes Detective Larry Schacherer at 419-755-9766 or Detective J. Mark Perry at 419-755-9730.