Do you fish? An injured hawk at a rehabilitation center in Massillon needs your help 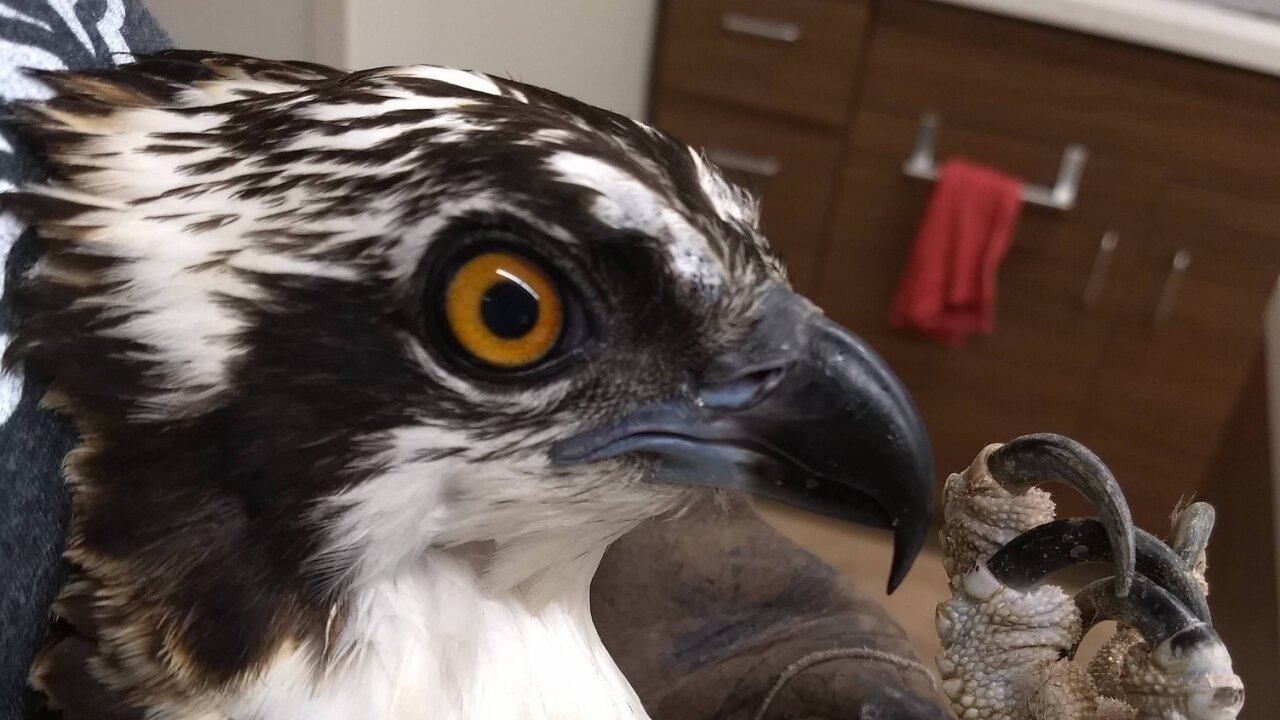 MASSILLON, Ohio — An osprey, known as a river hawk, has missed his migration to a warmer climate after he was found injured in someone’s backyard on Middlebranch Avenue in Canton. As he recuperates, the Wildlife Conservation Center at Stark Parks in Massillon will be taking care of him throughout the winter months, so animal caregivers are calling on avid fishers to supply them with fish for the winter.

This hawk typically eats one medium to large fish a day, which is why the animal center is creating a stockpile of fish for the osprey to feed on before it becomes too difficult to find fish in the winter.

Linda Watkins, a wildlife rehabilitation specialist at the center, said the osprey has been in their care since July 27 after a ranger from the Ohio Department of Natural Resources brought it in for treatment.

Unfortunately, due to his muscle injury, he missed his migration period and will stay in Ohio as he waits for warmer days ahead.

"He will stay with us through the winter and once we notice other ospreys are coming back up north in the spring, we will release him back to where he was found," Watkins said. "Hopefully, he can reclaim his territory."

These birds are fish-eating specialists and are typically found around lakes and rivers in Ohio during late spring and summer.

The Wildlife Conservation Center is taking 5 to 12-inch fish that are either alive or freshly frozen. They also prefer non-bottom feeders since they have less of a chance of carrying heavy metals.

"These birds are not picky as they are opportunists. They will eat anything that is close to the water," she said.

Fish can be delivered to the Wildlife Conservation Center at 800 Genoa Avenue NW in Massillon inside Sippo Lake Park from 8:30 a.m. to 4 p.m.