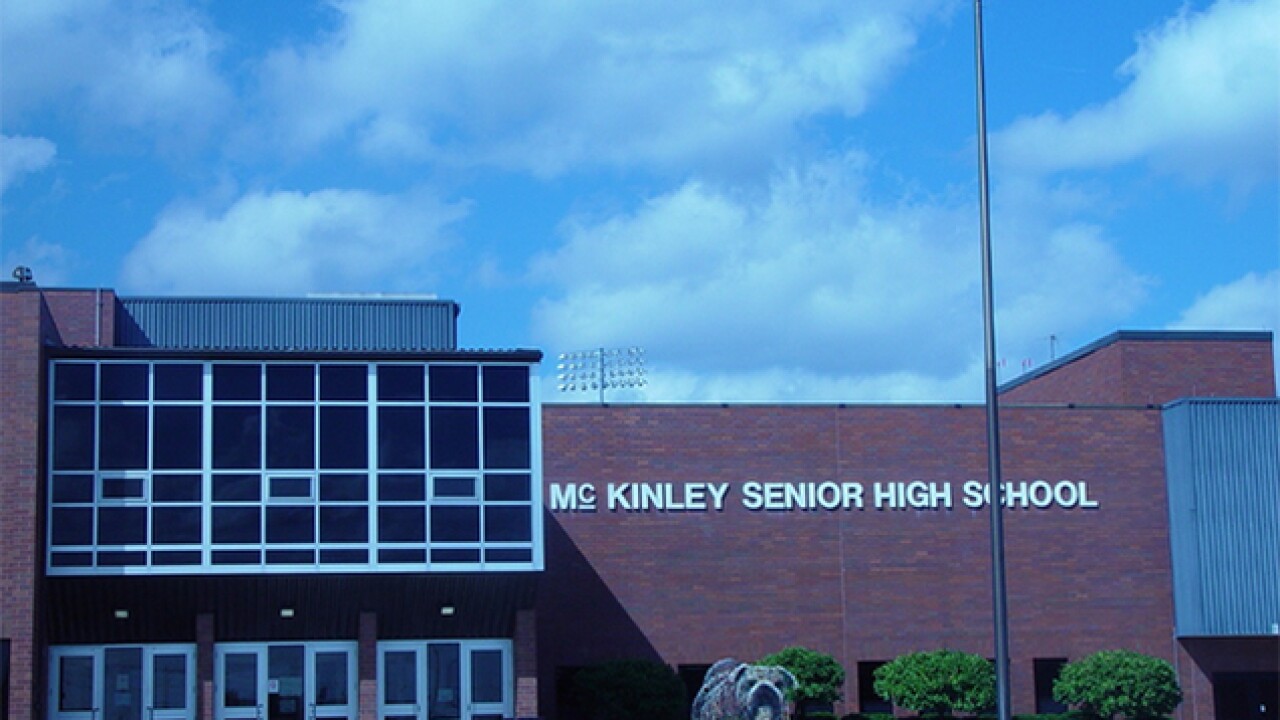 A fight broke out on the first day of school at McKinley High School on Tuesday, school officials confirmed.

The fight broke out in the parking lot of the school after at the end of the day. Current students and non-students of the school were involved.

Staff members intervened but the fight continued for several blocks from the school until Canton officers arrested several people.

All students who have been identified in the incident have been removed from the school. We will continue investigating and these students will face severe consequences up to and including expulsion. These students do not represent the majority of the students of McKinley High School and we are angry that they caused this disruption on our campus.

We are working in partnership with local agencies and using all resources available to prevent this type of occurrence from repeating. We are committed to providing a culture at McKinley that promotes and maintains the physical and emotional well-being of both students and staff and we want to reassure our families and our community that McKinley High School is a great place to learn and plan for bright futures.

The school has had past incidents of violence. Just last year,  a video showed a teacher at the high school apparently body-slamming a student to the ground.

It's unclear how many were arrested at this time.