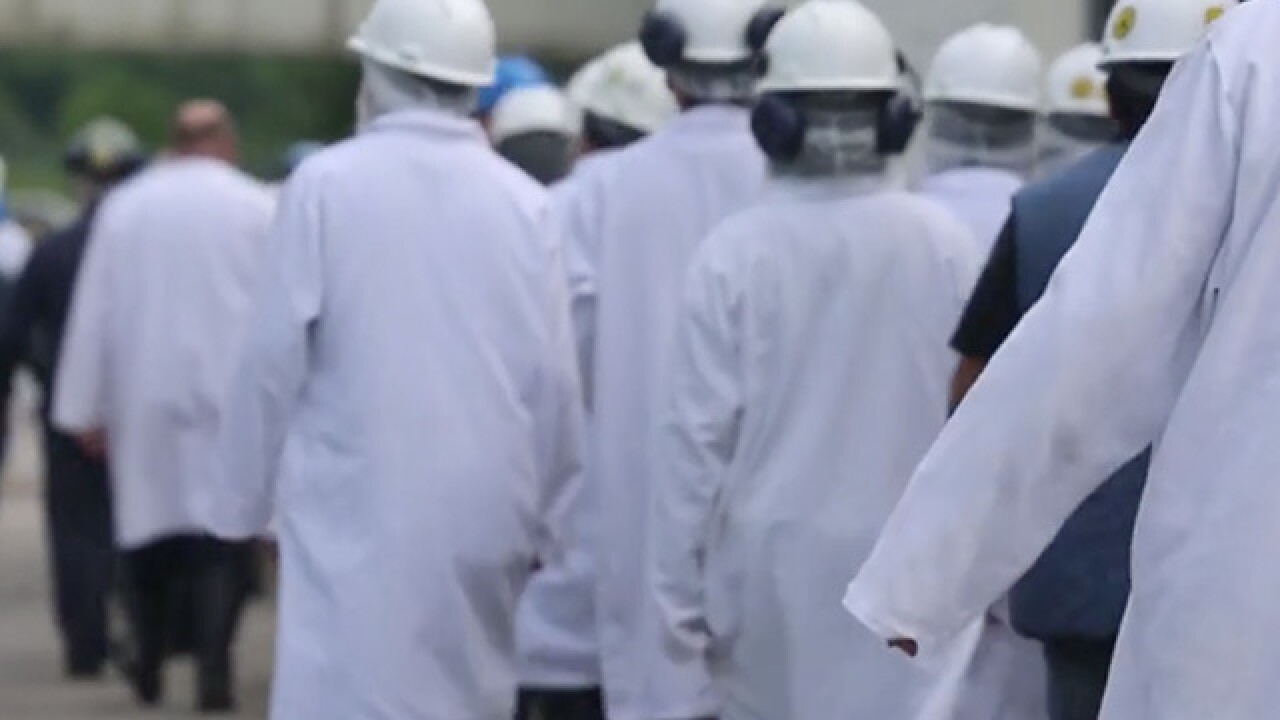 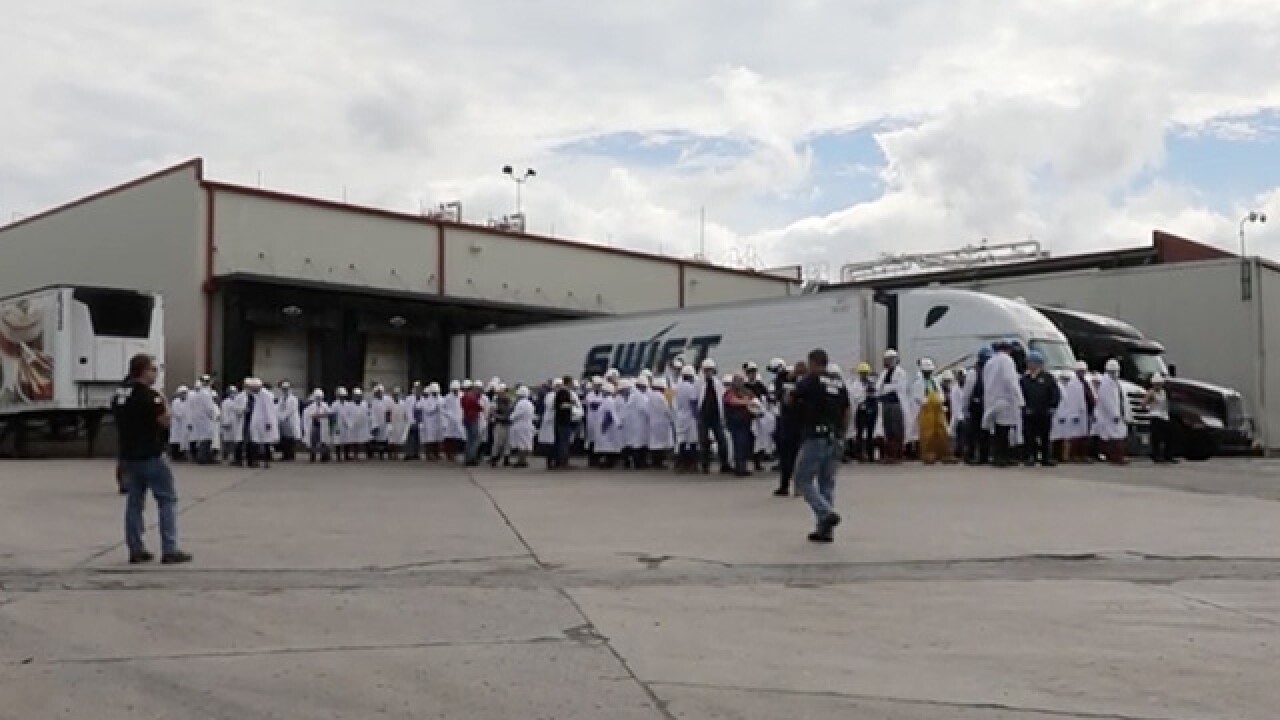 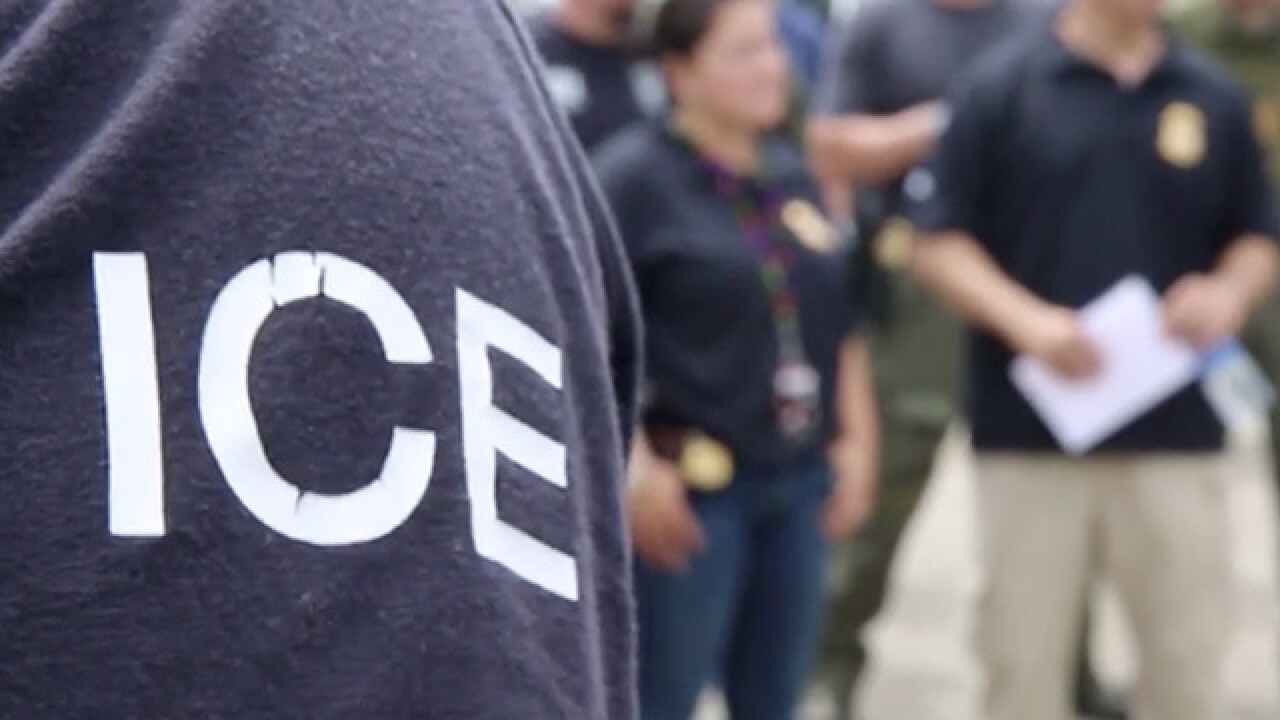 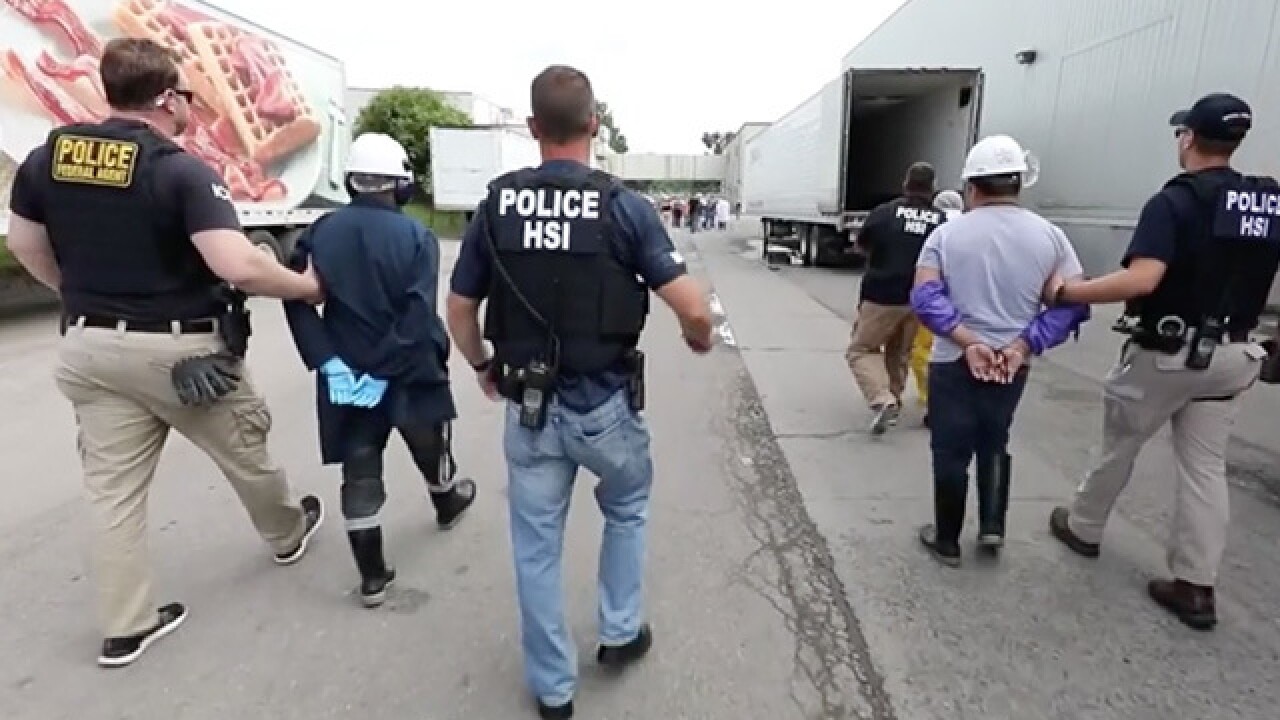 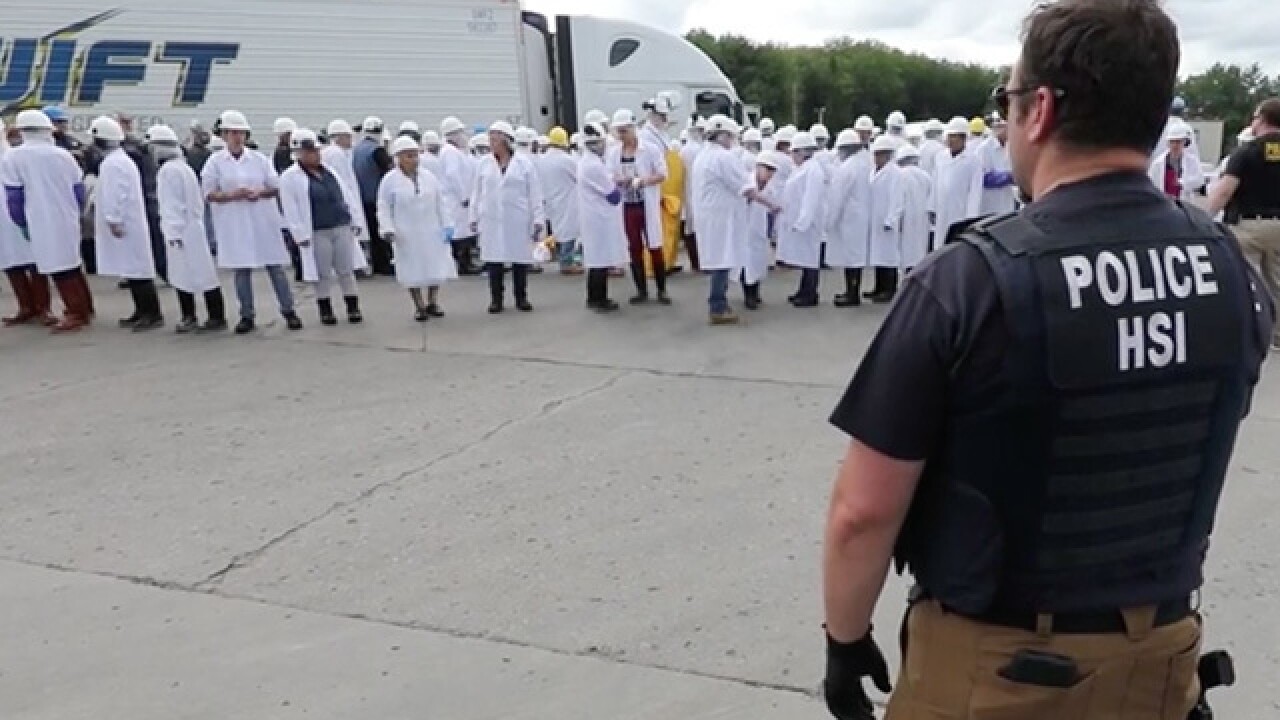 As many as 100 agents from U.S. Immigration and Customs Enforcement, U.S. Customs and Border Protection and the U.S. Border Patrol descended upon four facilities operated by Fresh Mark during the late afternoon raid.

Yesterday, in an egregious show of force by the Trump Administration, the U.S. Department of Immigration and Customs Enforcement (ICE) raided three Fresh Mark meat-processing plants in Ohio, represented by the RWDSU. 2,800 people come to these three plants every day to work, but yesterday 140 were detained and separated from their scared families. Stuart Appelbaum, President of the Retail, Wholesale and Department Store Union responded:

“We are outraged by the actions of Donald Trump. 140 people couldn't go home to their families last night, and their children were left on their own to fend for themselves – that is unconscionable. Yesterday, Donald Trump sent in ICE agents to separate hard working immigrant families in an egregious show of force. Our union is a union of hard working people, which includes immigrants; and we stand with all immigrant workers, who are trying to support their families and better their lives. Our union will not stand for violence against immigrants; we will not stand for tearing families apart and we will not stand for the terrifying tactics of the Trump Administration. The RWDSU is committed to assisting workers affected by this ICE raid and will continue to fight against any and all heartless attacks on immigrant workers seeking to provide for their families.”

The raid, which was conducted with no prior notice to the business, was the largest workplace enforcement action to take place under the Trump Administration, said Steve Francis, special agent in charge of ICE's Homeland Security Investigations unit, which oversees Michigan and Ohio.

Officials arrived with criminal and federal search warrants to collect documents on more than 200 employees. The warrants were served at Fresh Mark's facilities in Salem, Massillon and Canton, Ohio.

ICE officials said the number of workers arrested was likely to climb once the operation concluded. Officials said some arrested workers could face federal charges for identity theft and/or reentry after deportation.

All of the workers who were arrested during Tuesday's raid worked at the company's Salem meat processing facility, said Francis. Most of the workers involved are from Guatemala, he said.

The company's website indicates it employs more than 1,000 employees.

Francis said the raid was the result of more than a year-long investigation into Fresh Mark and its employees, and whether the company knowingly hired and harbored undocumented workers. He declined to offer further details.

Shortly after the raid began, Fresh Mark confirmed that representatives from the Department of Homeland Security were at its Massillon, Canton and Salem facilities. Brittany Julian, a spokesperson for the company, said their company was the first in Ohio to partner with Immigration and Customs Enforcement Agency (ICE) in the voluntary IMAGE program. IMAGE stands for ICE Mutual Agreement between Government and Employers.

She said the program between the U.S. government and private employers ensures a lawful workforce.

To qualify for IMAGE certification, companies must perform the following requirements:

Francis said some of the workers who were arrested would be taken to detention centers in Michigan and Ohio, while others may be deported immediately. ICE said those who are detained will await removal proceedings. Other workers could potentially be released on humanitarian grounds, say, if they are a parent of a young child who doesn't have immediate backup care in place, said Francis. In those cases, they would be given a notice to appear at an immigration court.

Worksite raids have escalated dramatically under the Trump administration.

In October 2017, ICE's acting director Tom Homan said he had ordered the agency's investigative unit to increase enforcement actions at businesses by as much as fivefold.

"We're not just talking about arresting the aliens at these worksites, we are also talking about employers who knowingly hire people who are unauthorized to work," Homan said at a press conference in Washington D.C., in December.

So far this year, ICE has arrested more than 600 workers that it alleges were working without proper authorization. That number far exceeds the 172 arrests made in 2017, according to ICE.

Up until Tuesday's raid, the largest raid -- in terms of arrests this year -- happened earlier this month when immigration authorities arrested 114 undocumented immigrants working at an Ohio gardening business.

ICE regularly conducts I-9 audits, which seek to verify whether workers provided proper proof of identification -- such as a driver's license or a Social Security card -- when they were hired. Employers must keep these I-9 forms after they have hired a worker and for a period of time after the employee has left the company.

From October 2017 to May 2018, the agency has carried out 2,282 audits -- almost double the 1,360 audits it conducted the prior year. As a result of these audits and other investigations, the Department of Homeland Security has more than doubled the number of business investigations it has conducted this year.

"It's important that companies know not to willingly participate in the hiring of illegal aliens," said Francis.

Civil penalties for businesses that knowingly hire undocumented immigrants can range from $548 to $21,916 per violation. Repeat offenders and companies hiring a larger number of unauthorized workers receive fines that are on the higher end of the range. Criminal penalties for employing undocumented workers can result in hefty fines and possibly jail time.

ICE's worksite enforcement actions resulted in $97.6 million in fines and forfeitures last year, up from $2 million in 2016. According to ICE, the spike was almost entirely the result of penalties incurred by Asplundh Tree Expert Co., which was fined a total of $95 million. ICE said it was the largest payment ever levied in a work site case.

The agency does not yet have a tally for financial penalties levied this year.

My first concern is for the children who were separated from their families by the raid, and my office is looking into what we can do to help them. Tearing families apart is not going to fix our broken immigration system. Instead, we need a bipartisan solution that recognizes we aren’t going to deport 13 million people here already, but we can secure our borders and create a pathway for people to earn citizenship if they follow the law, have a job and pay taxes.