Man and woman shower, do laundry and make coffee in Uniontown home they allegedly burglarized 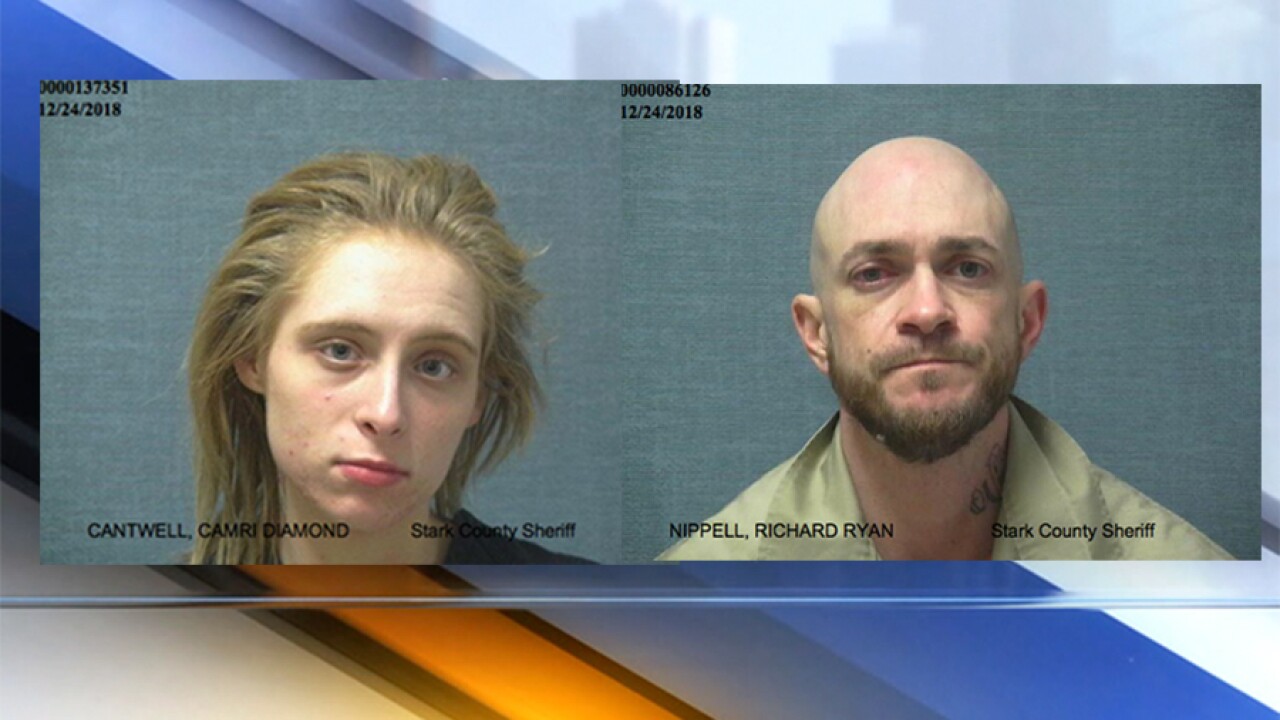 UNIONTOWN, Ohio — A man and a woman made themselves right at home after they allegedly burglarized a Uniontown residence on Christmas Eve.

Uniontown police responded to the 11300 block of Cleveland Avenue around 2:00 p.m. for a report of a suspicious vehicle in a driveway.

Upon their arrival, they found the homeowner's relative holding the alleged burglars on ground at gunpoint, according to the report.

Officer Kim Berry, of the Uniontown Police Department, said Nippell took a shower, and both Nippell and Cantwell made a pot of coffee and did laundry at the time of the alleged burglary.

Police recovered the homeowner's jewelry, a computer and copies of keys to the house and car inside the suspicious vehicle.

Nippell and Cantwell were booked into the Stark County Jail.