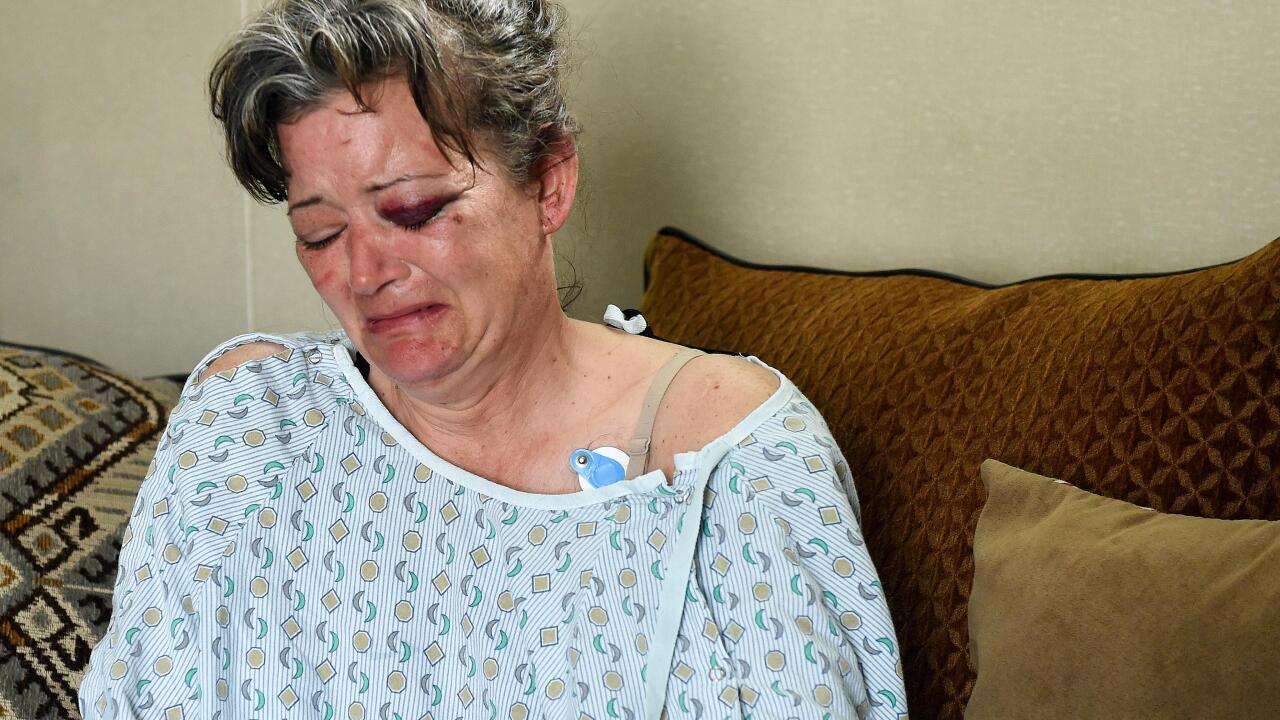 CantonRep.com / Michael Balash
Tracy Davis speaks to the IndieOnline about the events that led to the death of her son.

MASSILLON, Ohio — Authorities in Massillon said a man who attacked his mother twice Monday was shot and killed when he attempted to gain access to her home a third time.

Just before 10 p.m., police were called to a residence in Rolling Acres Park on 27th Street NW, for a domestic violence call. The mother, Tracy Davis, told officers that her son, Garrett Davis, 25, assaulted her but left before officers arrived.

Tracy Davis and her husband, Bill Davis, said they were asleep but a noise woke them up. That's when Garrett Davis attacked his mother and spit in her face, IndieOnline reported. Following the attack, Davis ran from the house.

“He had been unpredictable for a while,” Davis' mother's husband told IndieOnline. “He can be the nicest person in the world and then all of a sudden turn into something evil.”

A short time later, police say Davis returned and attacked his mother again. As before, he took off after the incident. The doors to the residence were locked when he left.

A short time later, Garrett Davis returned and tried to climb into the house through a bedroom window.

Tracy Davis told IndieOnline that her son said, “When I get in there (the house), I will kill you both before they (police) get back."

Garrett Davis was fatally shot one time in the chest by Bill Davis when he was about halfway through the window, according to IndieOnline.

Garrett Davis was taken to a nearby hospital and pronounced dead.

No arrests have been made. Authorities said the prosecutor’s office would determine if any charges are filed.

Davis struggled with mental health issues throughout his life. He attended anger management classes and spent time at a psychiatric hospital, IndieOnline reported. Monday’s incident wasn’t the first time he assaulted his mother. Court records state that Davis has been charged with domestic violence since 2015, with two of those charges stemming from incidents involving his mother.

In January, Davis moved in with his mother and her husband to work through his issues and distance himself from former friends, IndieOnline reported.

“We brought him here to get away. We thought he was doing better,” Davis’ mother told IndieOnline. “The last four days something just wasn’t right. He kept asking us for money, and we thought he was in trouble, but he wouldn’t tell us anything.”

Even though Davis had a doctor’s appointment coming up, his mother said she considered calling a crisis counselor for a psychiatric evaluation to get him in sooner, IndieOnline reported.

“I honestly don’t know what triggered it,” she told IndieOnline. “I really don’t. I wish I did.”

Despite his struggles with mental health, Davis’ mother said he had a “really big heart” and was always helping others, IndieOnline reported.