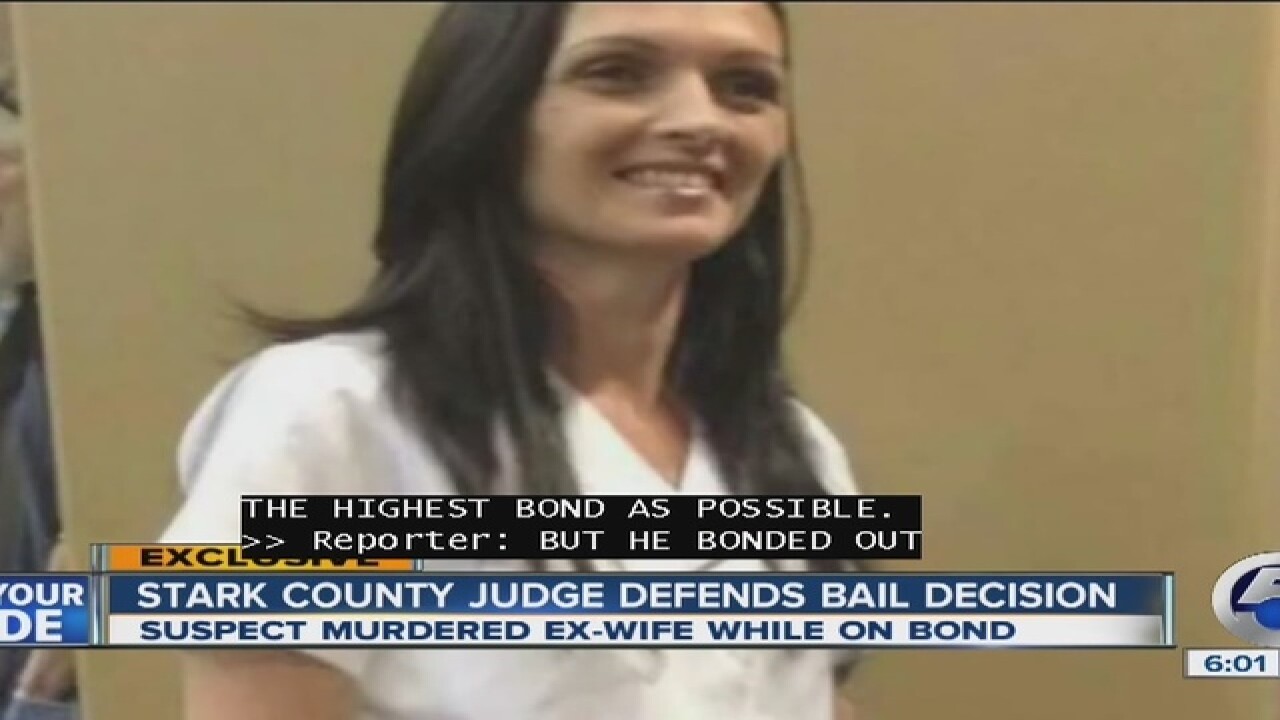 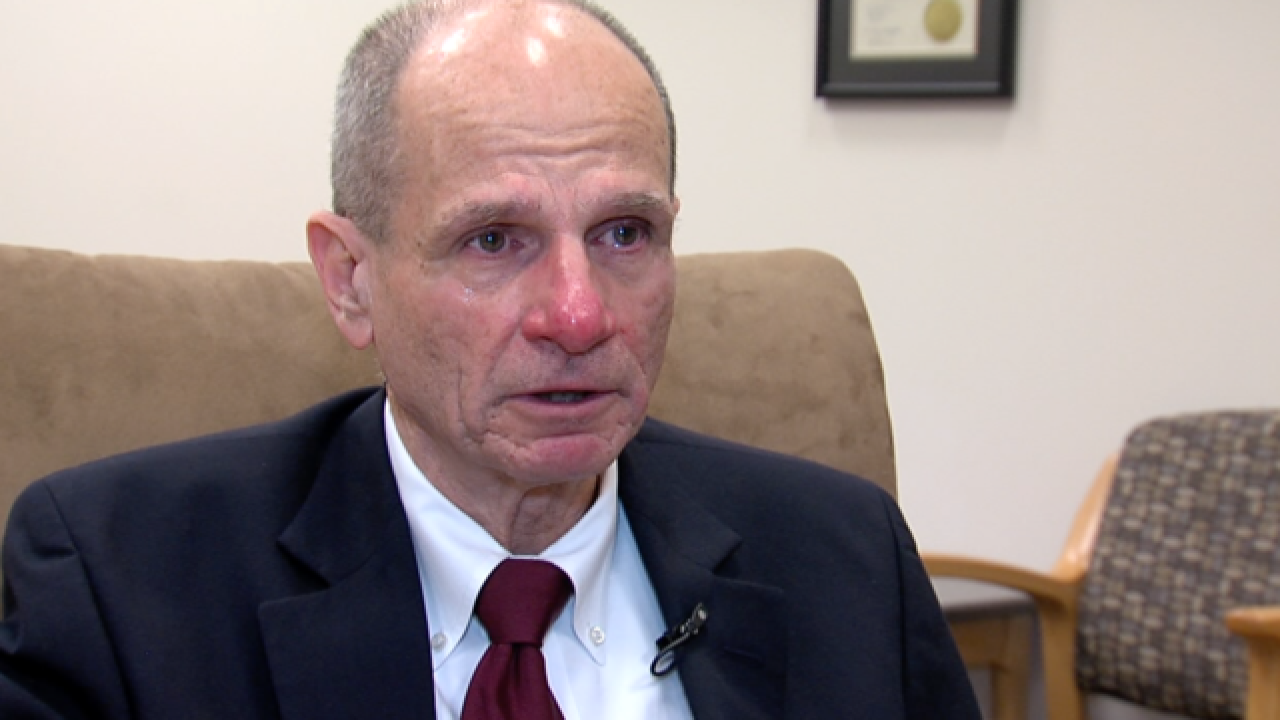 Stark County Judge John Poulos broke down in tears in an interview with newsnet5.com, discussing the case of an Akron man who allegedly murdered his ex-wife while free on a bond set in Poulos' own courtroom.

Police said the suspect, Dragan Sekulic, 38, bonded out of jail after a prior domestic violence charge and murdered his ex-wife outside a Canton nursing home Wednesday morning .

According to Stark County police, the shooting happened in the parking lot of the Astoria Skilled Nursing and Rehabilitation center in the 3500 block of 12th Street NW around 7:45 a.m. Wednesday

Zeljka Sekulic, 37, was killed in the shooting. Her estranged husband fled the scene and was tracked down in his personal car by police on Interstate 77 in the Cambridge area after dumping a rental car from the Akron-Canton Airport.

The shooting came just 15 days after Dragan Sekulic was arrested for attacking the same victim.

According to police reports obtained by newsnet5.com, Dragan rammed Zeljka's car on a road in Stark County, causing it to flip over and trap her inside. She had to be rescued by firefighters.

In a chilling 911 call obtained by newsnet5.com, the victim can be heard pleading with a dispatcher to send someone to save her from her husband, who was following her with his car.

“He’s going to kill me, please yes, he has guns,” Zeljka’s voice can be heard saying on the recording.

Dragon Sekulic was charged with felonious assault, domestic violence and driving while under the influence of alcohol.

Judge Poulos told newsnet5.com that the Stark County bond schedule recommended a $50,000 bond. But he felt the seriousness of the offense coupled with a previous disorderly conduct charge in 2014 warranted a higher bond.

“I doubled it to $100,000 cash surety and I ordered that he have no contact with his former wife,” Poulos said.

Linda Johanek, CEO of Cleveland’s Domestic Violence and Child Advocacy Center, told newsnet5.com that a protective order would have been more effective than a no contact order.

But Poulos said the prosecutor did not recommend a protective order and typically those are discussed with the victim, who did not appear in court on Nov. 25.

Johanek could not comment on Sekulic’s case specifically, but said that domestic violence advocates generally encourage the highest bond possible for cases like these.

According to the Stark County Sheriff’s Department, Sekulic bonded out with the aid of a bail bonds company.

“I feel so bad for those two children and that woman’s family,” Poulos said through tears. “I’ve been trying to protect my community as a judge for 23 years.”

Poulos said he does not regret his decision because he had already doubled the existing bond guidelines for the case.

“This is devastating,” Poulos said.

This time around he ordered a $5 million bond for Sekulic, who currently sits in the Stark County jail. He’s set to be arraigned on Friday.

The Domestic Violence and Child Advocacy Center has a domestic violence Helpline at (216)-391-HELP.