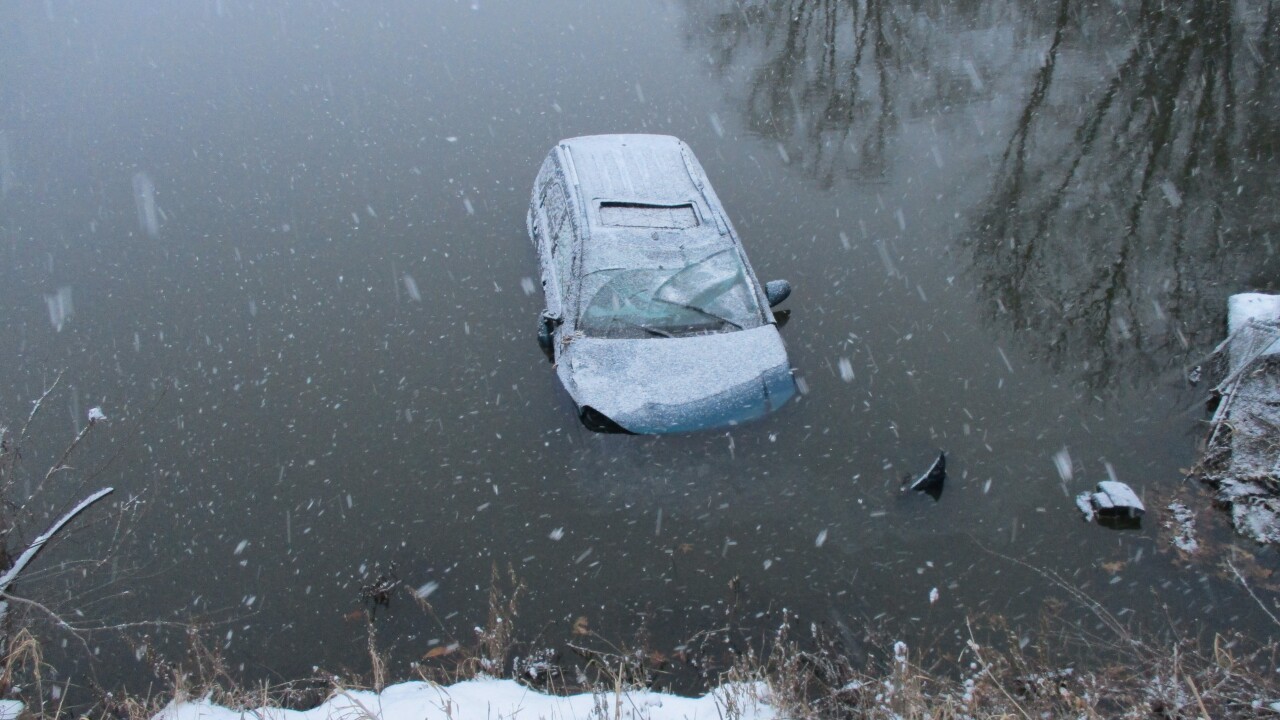 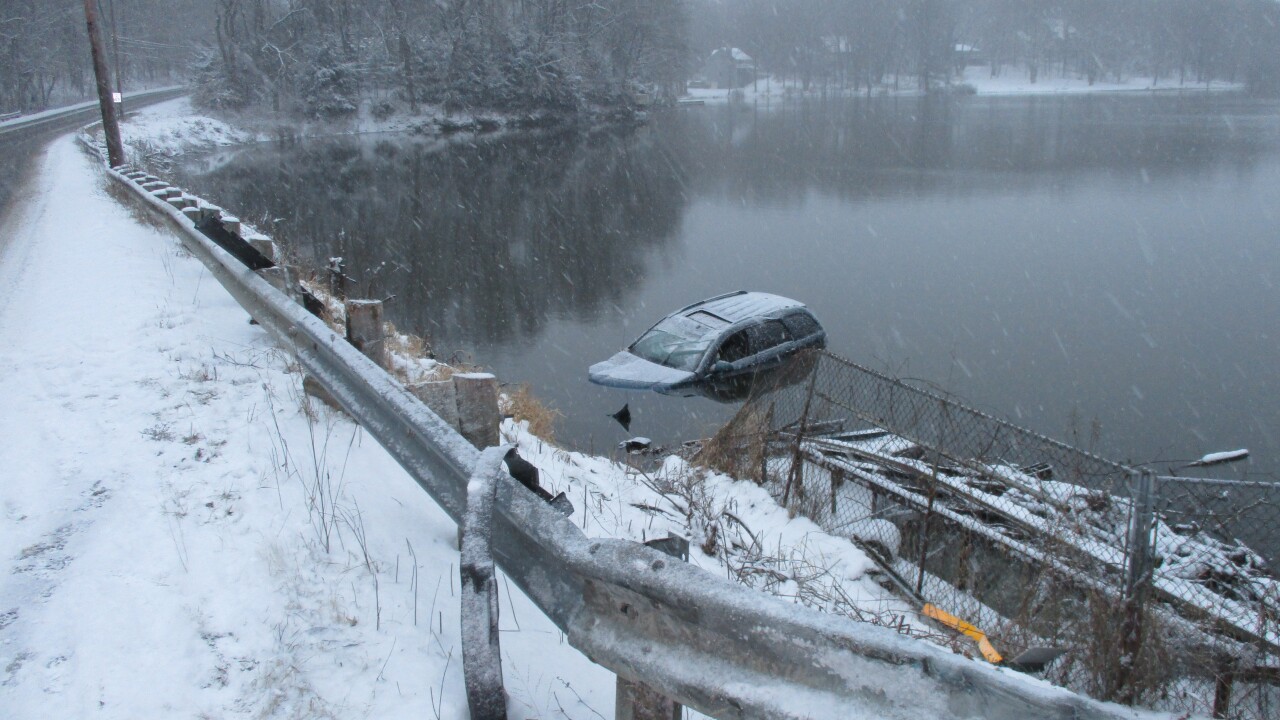 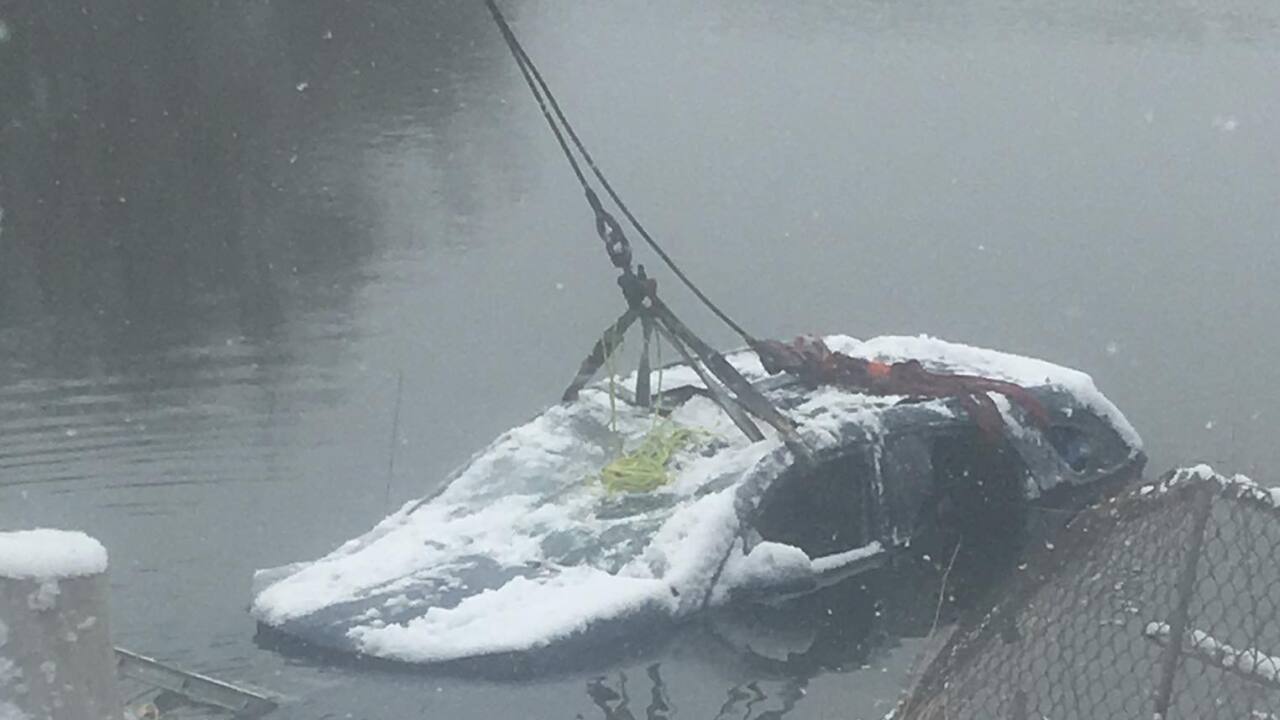 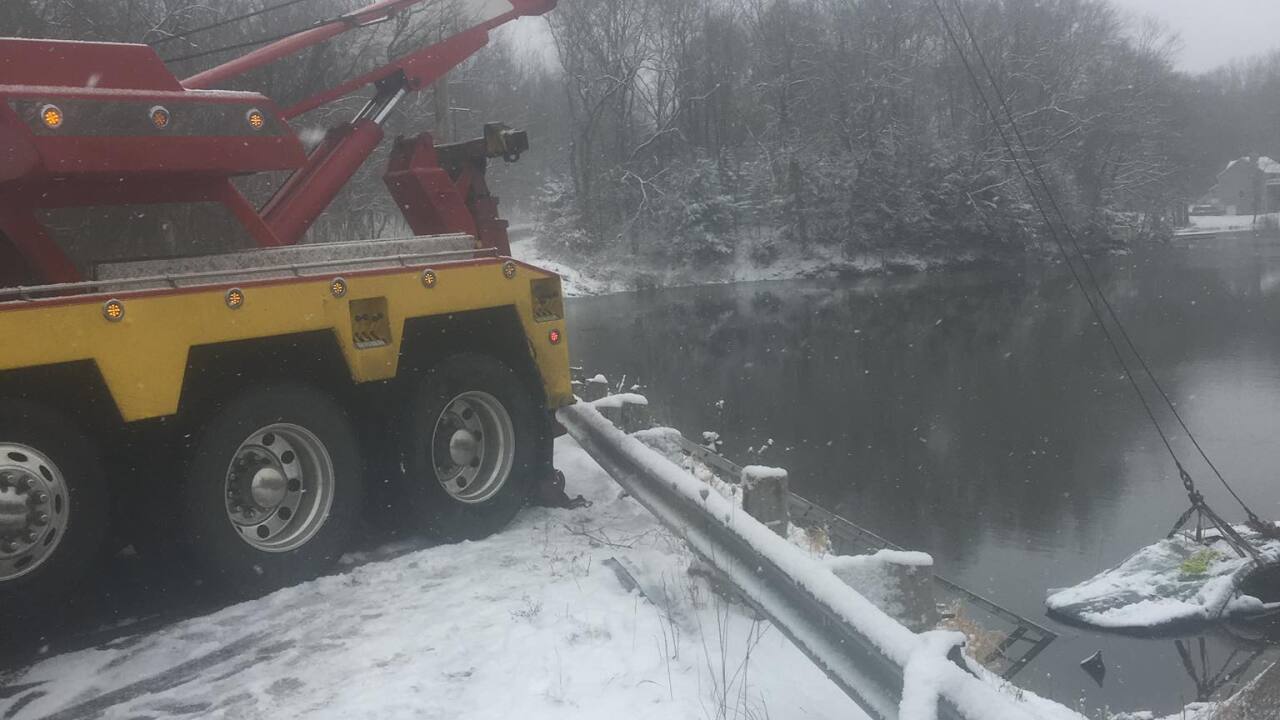 LAWRENCE TOWNSHIP, Ohio — A teen driver used his elbow to bash his way out of an SUV after it plunged into a frigid lake in Lawrence Township on Thursday morning.

Joshua Robinson was driving to Northwest High when he hit some ice on Erie Avenue NW, sending his vehicle down an embankment and into Lake Lucerne.

The SUV shut down as it became enveloped in water, causing the windows to lock, according to Ohio.com.

His mother, Lisa Robinson, believed that what helped her son escape the terrifying situation was that the window wasn't sealed properly.

Joshua used his elbow to break the glass and swim to safety. The vehicle wound up partially submerged, with the water stopping just below the windows.

After getting to safety, Robinson got a ride home from someone he knew who was driving past the crash scene. He was soaked when he arrived home because the water was up to his chest and the temperature was 30 degrees, according to Ohio.com.

Mom said her son is at home recovering and is doing fine. For Joshua's mother, the guardrail is a concern.

"My big issue is that the guardrail isn’t very high or sturdy. Something needs to be done before something worse happens. My child got lucky. What’s gonna happen to the next one," Robinson said.