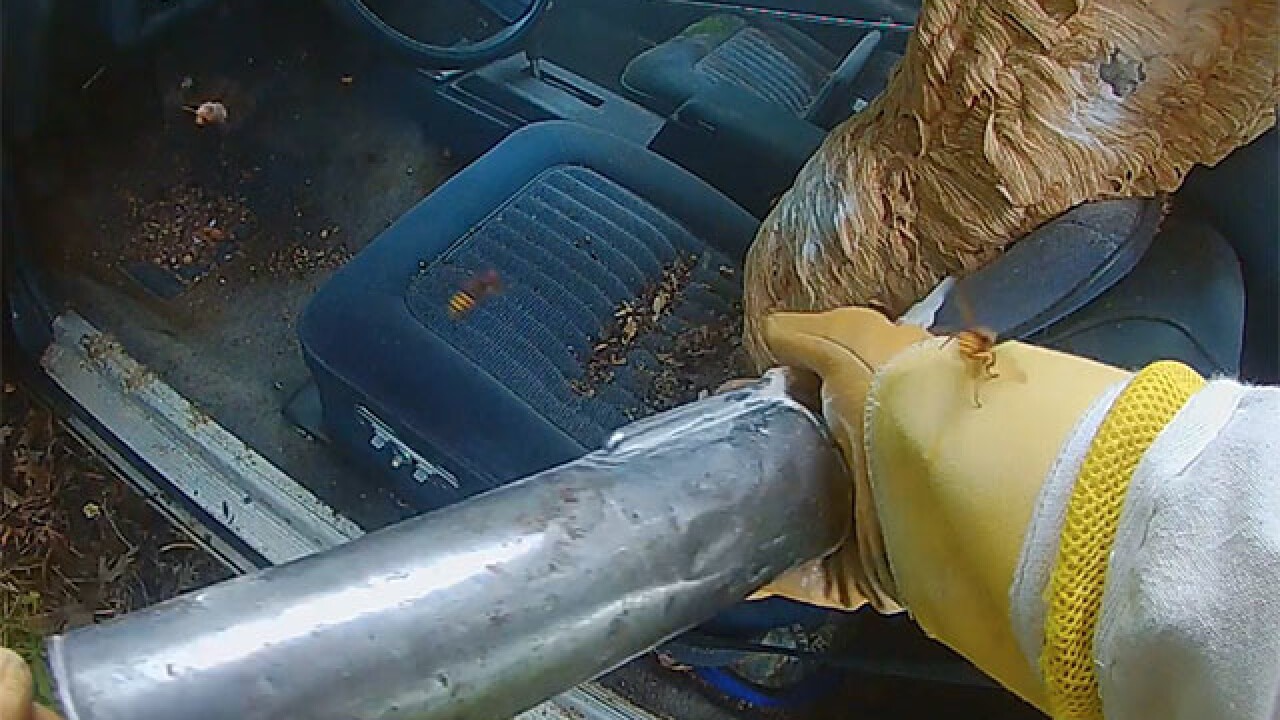 Copyright 2018 Scripps Media, Inc. All rights reserved. This material may not be published, broadcast, rewritten, or redistributed.
<p>"The Bee Man" Travis Watson fogs and then removes a massive hornets nest from an El Camino. (Source: The Bee Man on Facebook)</p>

A video of a local exterminator removing a massive hornets nest from an El Camino in Ohio is going viral, with hundreds of thousands of Facebook users swarming online to watch the unusual removal.

Travis Watson, also known as The Bee Man, posted a video of the huge nest built by European hornets inside an El Camino in Alliance. You can see Watson carefully fogging the nest before removing it, piece by piece, from the car. He estimated that there were between 800 and 1,000 hornets in and around the nest.

Watch the full video below:

Watson said this species of hornet is fairly new to Ohio, within the last five years or so. He said they were introduced to New York in the 1840s and are on the rise in our area. Their large size can be quite alarming to residents, but Watson said they should only be concerned if they find a nest in a high-traffic area of their property. If disturbed, these hornets can sting multiple times. While Watson couldn’t comment on how invasive they are, he said they certainly wouldn’t want them around people or pets in a residential, business or school setting.

Watson owns The Bee Man, an extermination company based in Youngstown, according to his wife. He has been performing bee and insect removals for 13 years and has franchises in Canton and in the Cleveland/Akron area. In addition to removing wasps, yellow jackets and hornets, Watson and his franchises also relocate honey bees.