Akron coping with bitter cold, still digging out from storm

AKRON, Ohio — The weekend snowstorm that dumped an estimated 15 inches of snow on Akron is gone, but bitter cold temperatures hovered.

Many residential streets did not see a snow plow on Saturday or Sunday, but city officials were planning to move into those neighborhoods Monday afternoon after completing work on the highways, primary and secondary roads.

"I know people are frustrated out there, but really there is a significant effort to be be able to get rid of the snow. It just came down so hard and so fast for so long," said Mayor Dan Horrigan.

Mayor Horrigan said a team of drivers, mechanics and 311 operators have been working up to 16 hours a day to attack the snow and ice as quickly as possible. 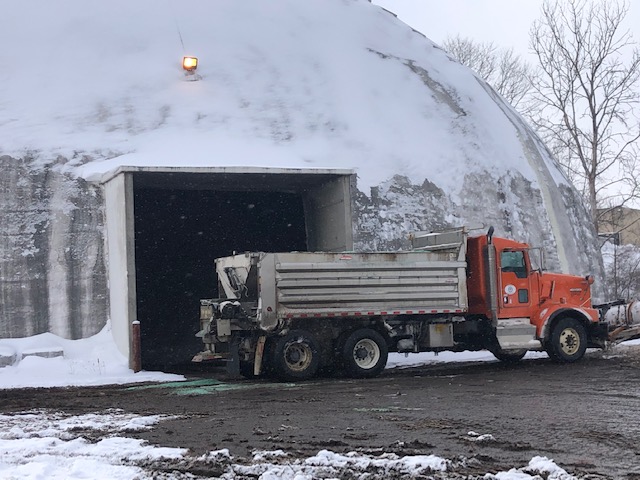 With the threat of freezing rain in the coming days, along with the possibility of thawing snow, the city is also monitoring sewer inlets which can cause flooding if blocked by snow.

"That's always an issue when you have a lot of melting snow that is going down there," Horrigan added.

Akron Fire Lt. Sierjie Lash said firefighters have responded to multiple accidents because of the weather conditions and response times have been a few minutes slower.

"Even though we have an emergency that we're responding to, we also have to make sure that we arrive there safe," Lash said.

Lash said when there is a heavy snowfall along with sub-zero temperatures, there is a worry that fire hydrants will be frozen or buried in snow. She asked residents to shovel around fire hydrants if they can.

"If you're not strong enough, we don't want to cause another emergency from you shoveling," Lash said.

A fire broke out in the kitchen of Taylor's next door neighbor on Argonne Court. A teen who was home alone at the time was able to escape. No one was injured.

The blaze ripped through the house and the wind fanned the flames towards her house.

"It was crazy. Nothing but flames and smoke and is started fast," Taylor said.

Taylor and her fiance, Ed Jackson, fled from their home which sustained burned siding and broken windows. 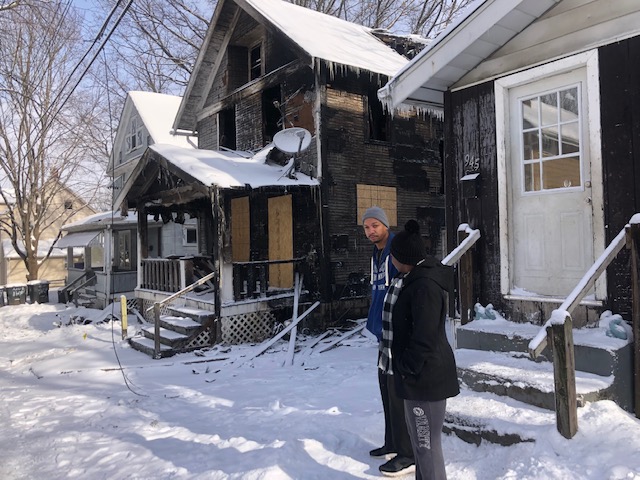 Jackson said firefighters were on the scene in less than five minutes and had to overcome challenges to battle the fire.

"They had to come up the alley and it wasn't shoveled, and then they had to get to the fire hydrant and they were trying to access water and they had a tough time, but they were able to do what they needed to do," Jackson said.

The couple stressed the quick attack by the firefighters saved her home.

"If they weren't there that fast, my house would have burned down," Taylor said.