Barberton businesses welcome back customers with help of road closures 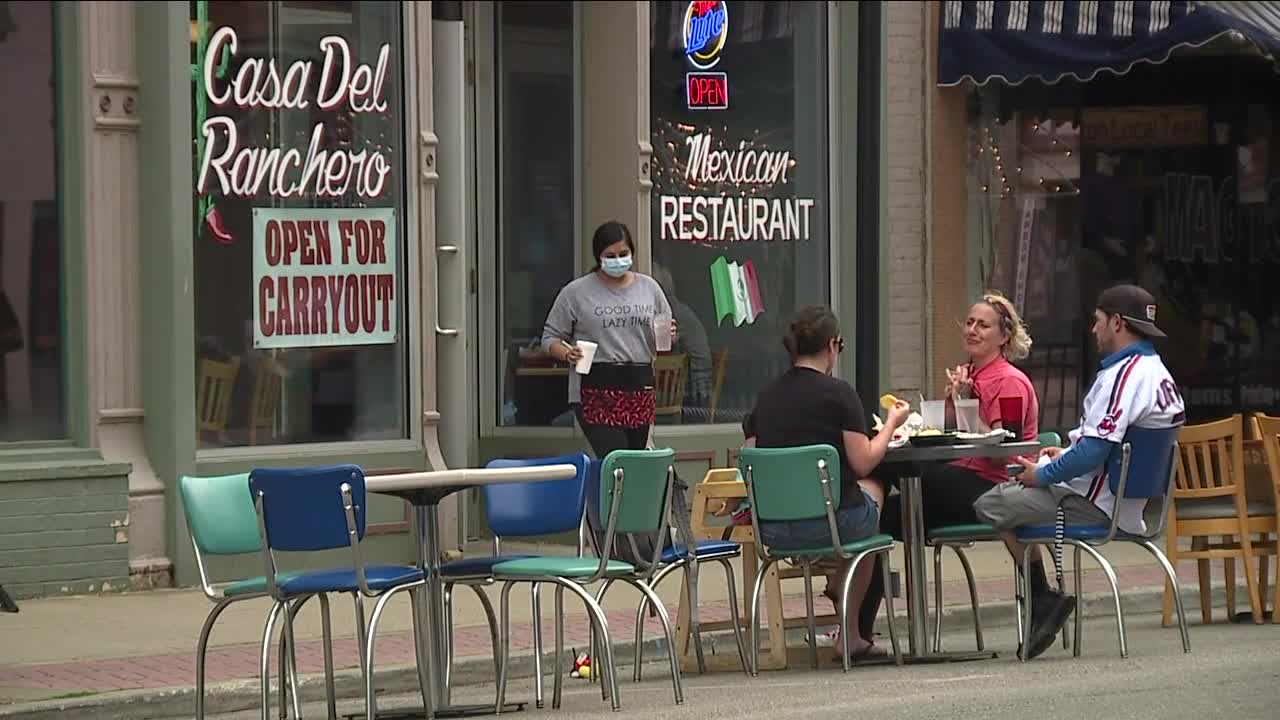 Closed off streets in downtown Barberton are helping businesses welcome back customers by providing a new safe outdoor dining experience for those that may not have the option to do so. 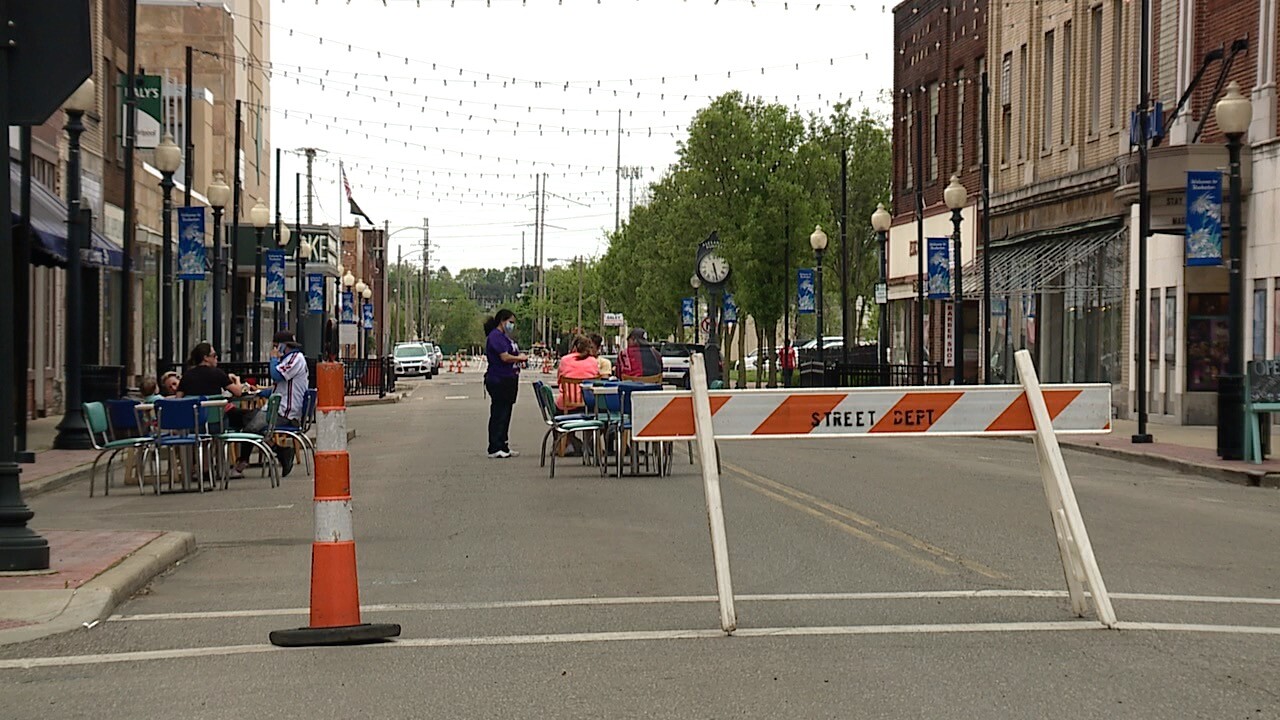 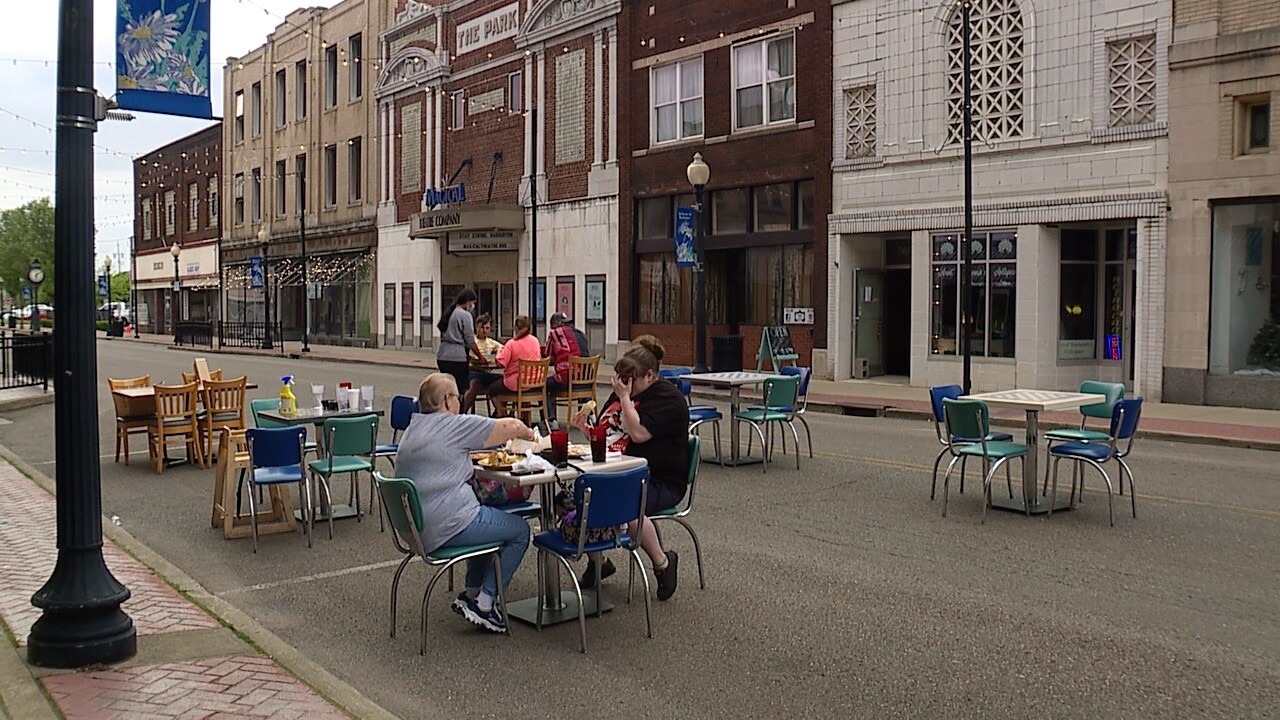 On Thursday, their customers returned to dine together with friends and family, but this time at tables placed outside along the city’s closed off streets. Although, some took advantage of in-house dining reopening.

“To see them again you know to be able to come down, have a margarita, have a civil conversation it’s nice. It’s weird to have it done again,” said Daniel Sanchez, co-owner of Casa Del Ranchero.

But Sanchez says preparing for this moment was not easy.

“Fortunately we had local businesses throw in and give us quarter inch thick polyglass, which is kind of hard to find and they did that for free,” he explained. “It’s been very tough, but I mean you have to get through it somehow. This definitely helps.”

The same goes for Mike Seladoki. He owns M and M’s Taphouse located down the block. He and his wife opened just two years ago as first-time business owners.

Mayor William Judge says he understands their struggles. His new committee, Barberton Today and Tomorrow, is trying to help starting with offering up the city’s streets to its small business owners to use for several evenings.

Whatever we can do as a city to help spur development or to spur growth with those businesses we,” he said. “People are very cautious still and kind of apprehensive being out but they want to get out.”

It’s a first for the city, but Judge says officers are helping ensure business owners and customers are following the state’s reopening guidelines.

“As long as everyone adheres to everything that’s going on and realize this is not a party; it’s not a free-for-all we’ll be Okay,” he said. “There could be businesses restaurants that require things more restrictive than the state and we have to respect that. We have to respect each other so there’s some social responsibility that goes along with all of this.”

The street closures and outdoor dining will continue from 4:30 p.m. to 9 p.m. throughout the weekend. Judge says his team will continue monitoring things, while taking feedback to help plan for future events.

The city will close W. Tuscarawas Avenue between 3rd St. NW and 6th St. NW as well as W. Park Avenue from 2nd St. NW to the alley.