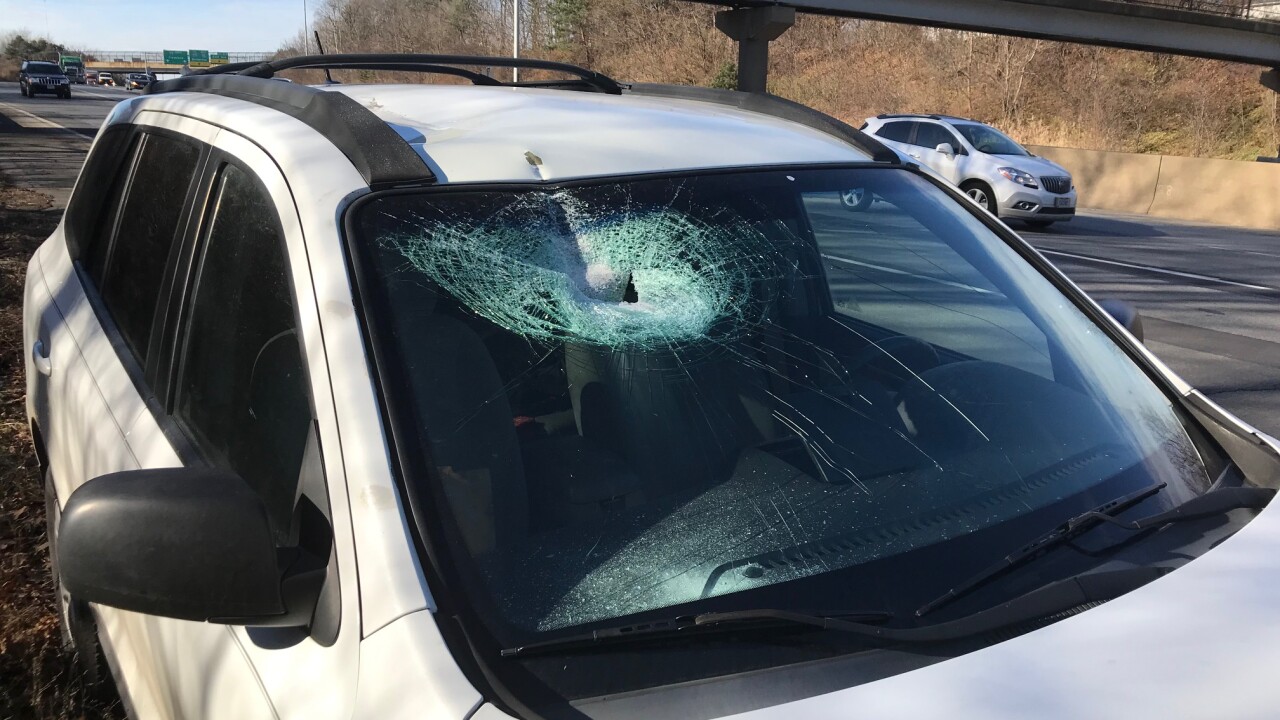 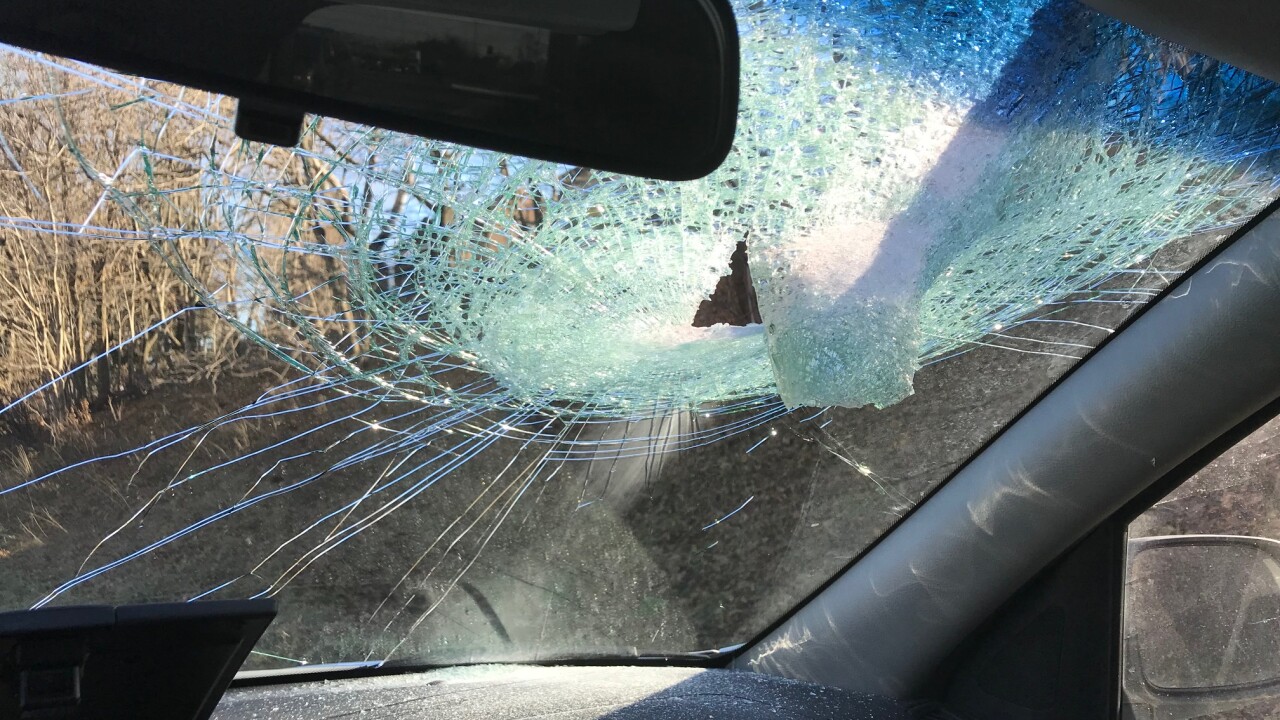 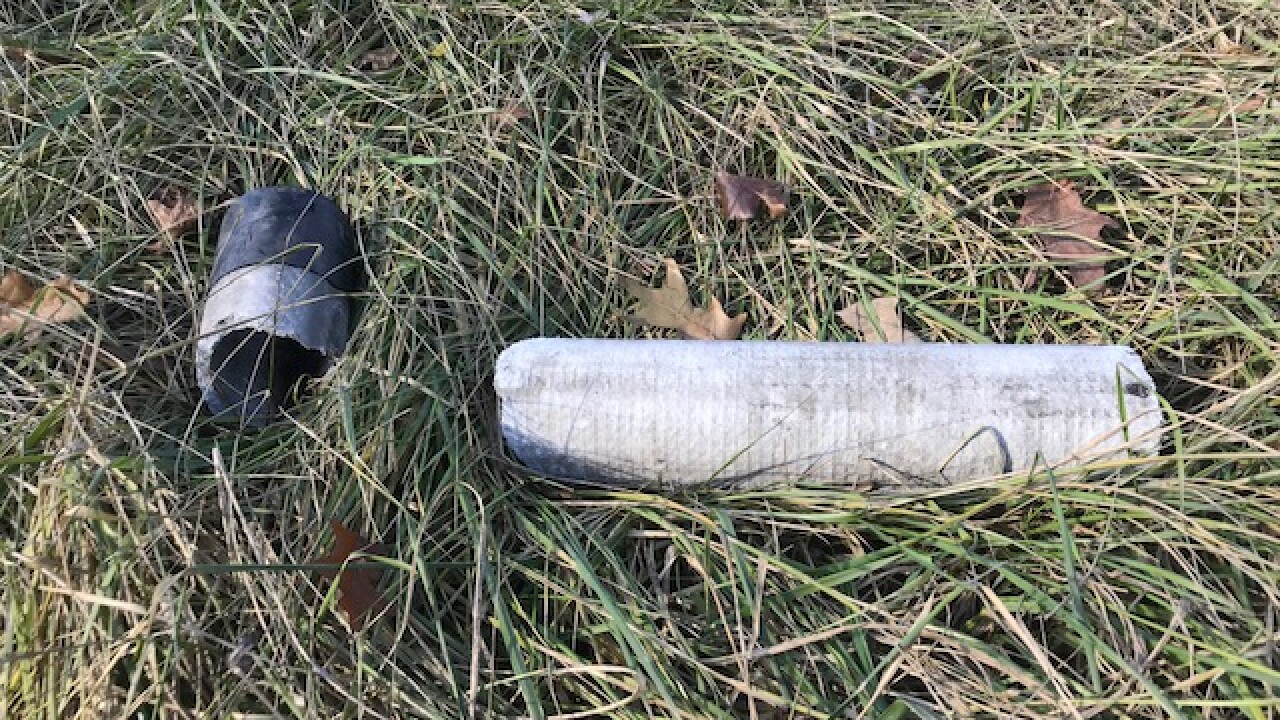 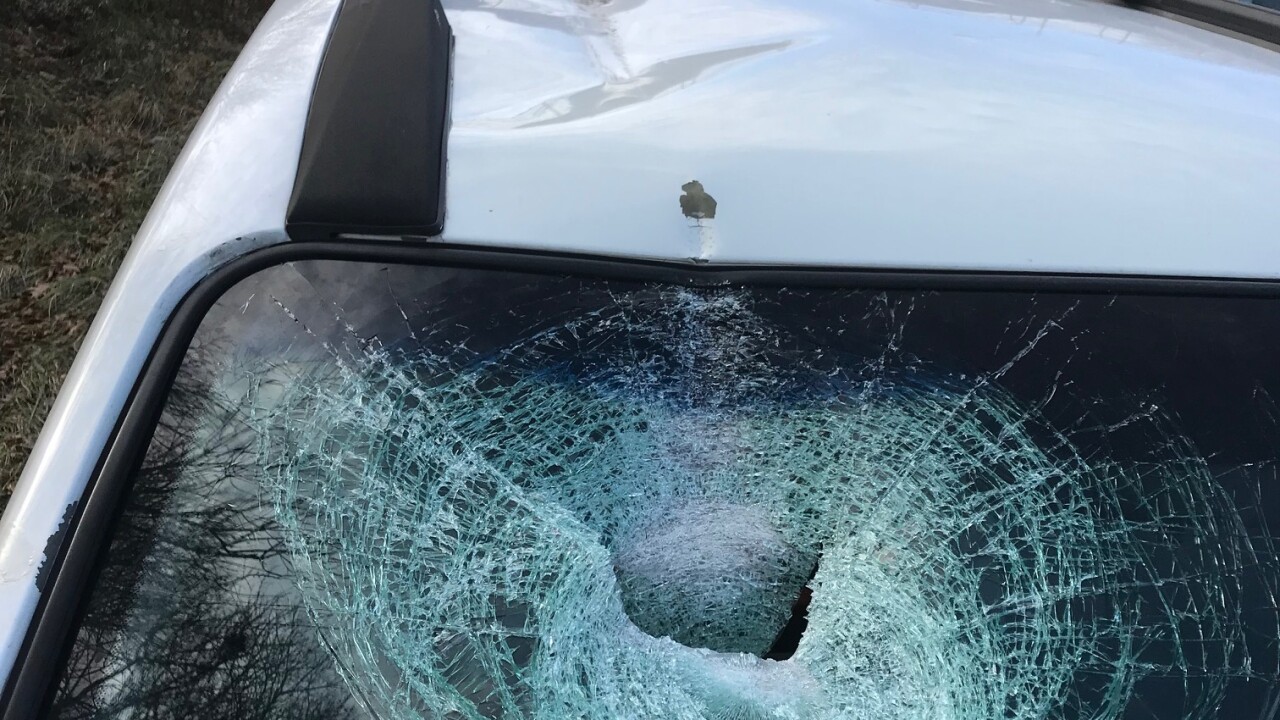 AKRON, Ohio — A driver’s vehicle was struck by a large piece of cement that fell from the East Avenue bridge in Akron as he drove along Interstate 76 and Interstate 77 on Friday afternoon.

A piece of cement tubing from the bridge came loose, fell and struck the passenger side of the windshield as he was passing under it, according to Len Brown, the driver involved in the incident.

“It was like an explosion inside my vehicle with glass and dust flying everywhere,” Brown said.

The object left a massive hole in the windshield and caused damage to the metal above it as well.

“If I had a passenger and was going just a little slower, that object would have come directly inside my vehicle and killed my passenger, I’m sure,” Brown said.

Brown was in the car alone and no one was injured in this incident.

Other cars behind Brown were able to swerve out of the way of the object as it rolled off of his vehicle.

The Ohio Department of Transportation issued the following statement on the incident:

Yes, a piece of debris fell from the bridge yesterday. Our inspectors went out as SOON as we heard about it. There are NO further concerns about this bridge.

ODOT has reached out to Brown about filing a claim for the damage to his vehicle.