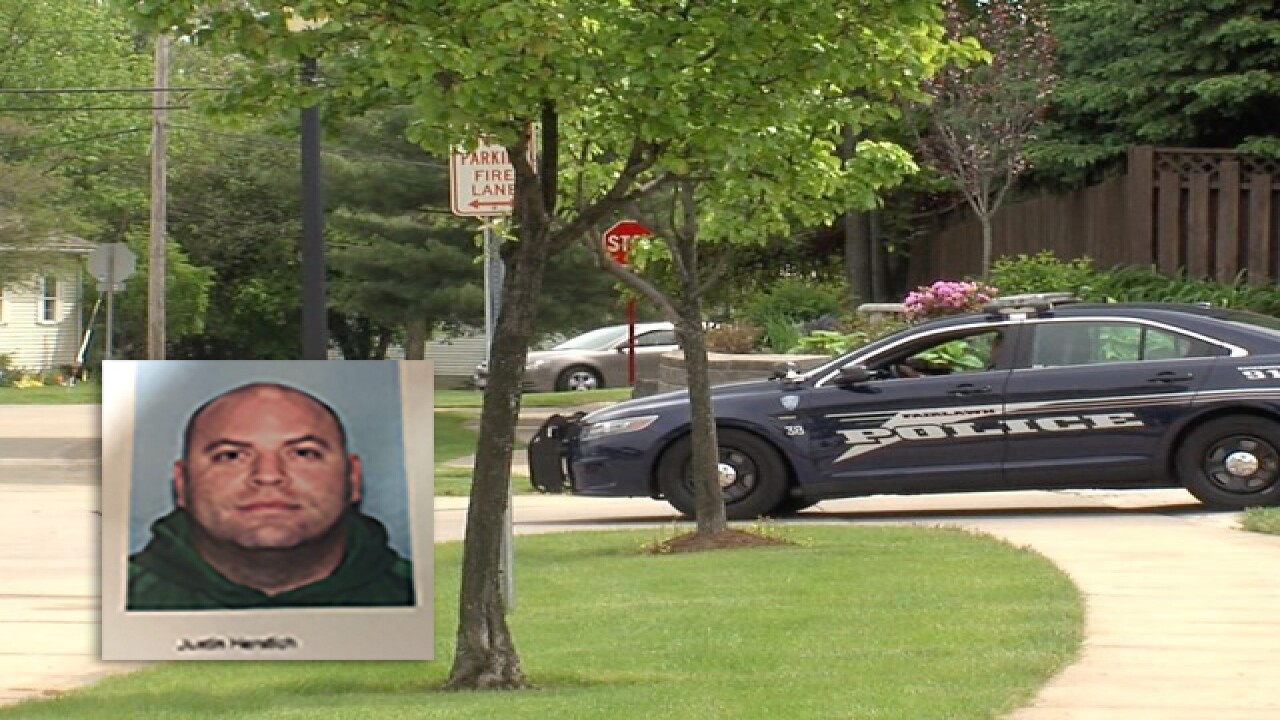 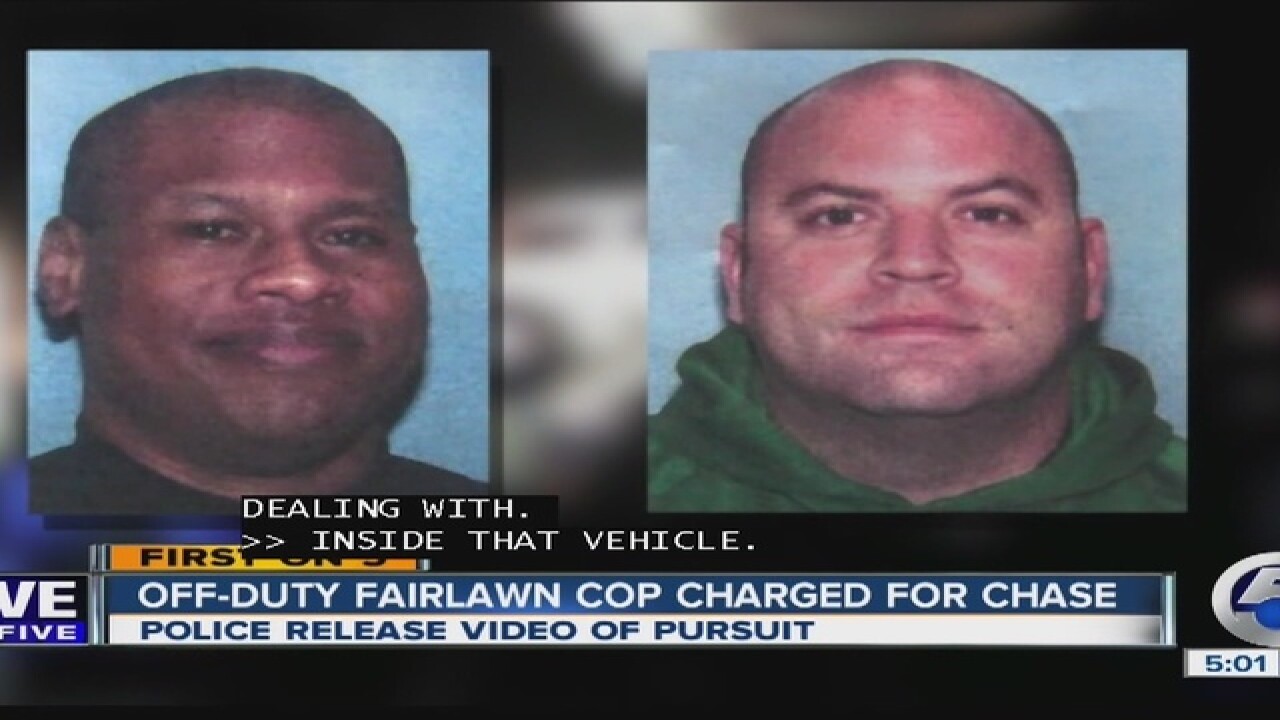 The off-duty officer, accused of leading on-duty cops on a high-speed chase in Fairlawn, is now facing charges.

Justin Herstich, 33, will be issued a summons to appear in Akron Municipal Court for one count of failure to comply and two traffic charges—speeding and reckless operation of a motor vehicle.

The failure to comply charge is a first-degree misdemeanor, which carries a potential of six months in jail.  The other two charges are minor misdemeanors.

Another Fairlawn police officer, Brandon Foster, was in the passenger seat. He is not facing any charges.

On Monday, Fairlawn police released police cruiser and body camera video of the chase. It includes the astonished reaction from one of the on-duty officers as he begins to realize it was a cop behind the wheel. "That was (expletive) stupid," the on-duty officer said.

The incident started around 1:40 a.m. on May 7 when Fairlawn officers spotted an SUV speeding on West Market Street. An officer clocked the vehicle at 77 mph in 35 mph zone.

The officers tried to pull over the vehicle, but the driver sped away and continued on Market Street, Ghent Road and Smith Road before stopping in the Lake of the Woods subdivision in Akron.

Chief Ken Walsh said the chase lasted about one minute and no one was injured.

"They made a bad judgment in what they did there," Walsh said. "We place a lot of trust in them prior to that and we're shocked. We're surprised. I don't know what word to use on it."

The off-duty cops were not arrested, charged or given a traffic citation at the time. They were permitted to leave, Walsh said.