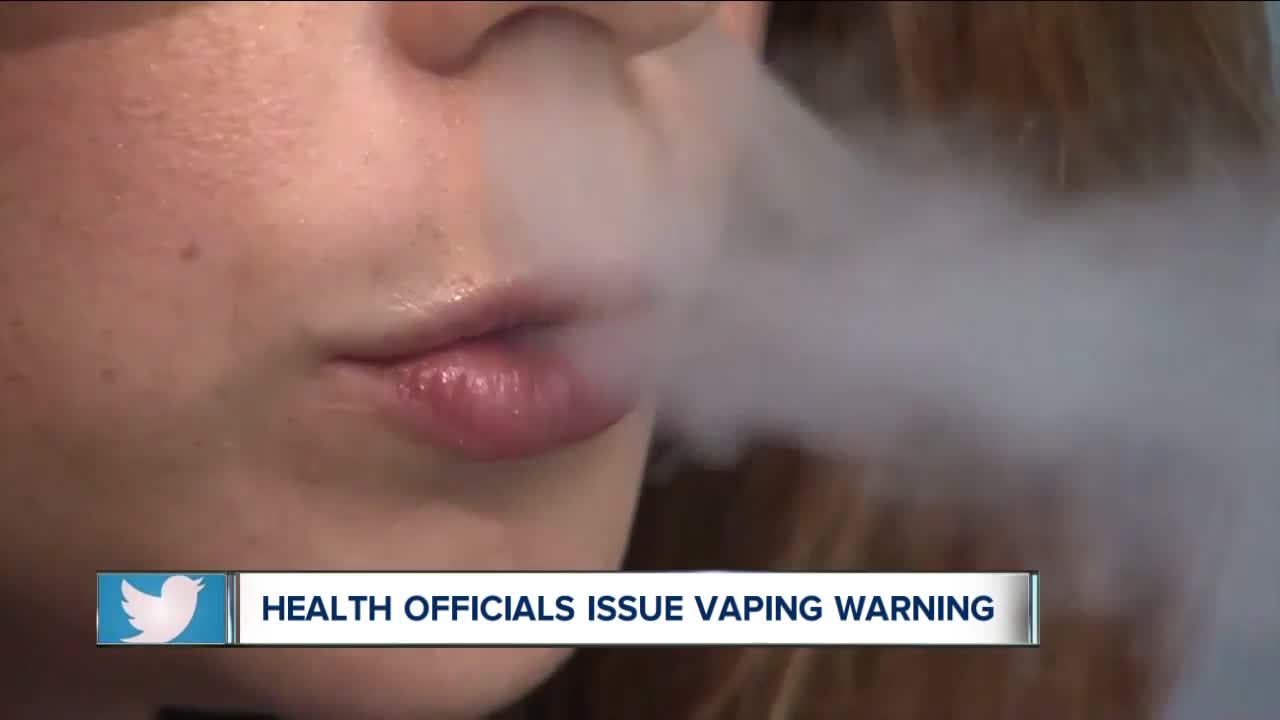 Twenty-five states, including Ohio, have reported cases of severe respiratory illness among teenagers and young adults with a history of vaping. Eleven people in Ohio have been hospitalized with severe pulmonary illness.

The Ohio Department of Health is also sending a message about the health concerns surrounding the growing trend of vaping.

“Vaping is not safe. We recommend that individuals do not vape,” said Dr. Mark Hurst, Medical Director of Health at ODH.

So far, there have been a possible 298 cases of severe respiratory illness across the 25 states.

The ODH has issued a health alert to healthcare providers asking them to report all suspected cases of respiratory illness where the cause is unclear and there is a history of vaping.

“We are collaborating with the CDC in terms of sending our information to them as are the other states, that big data pool will help us provide some analysis to be done to determine the exact cause,” said Hurst.

“We would like them to do more research before saying all vaping is bad,” said Randy Burch, the owner of Euphoria Vapor.

Burch explained he smoked cigarettes for 30 years and used vaping to kick the habit, he does not agree with the warning.

“The products we sell are regulated by the FDA,” said Burch.

Burch points to black market cartridges being bought and sold on the street as the problem because he said it’s unknown what is in the cartridges sold illegally and those cartridges are not regulated.

One person in Illinois has died from the severe respiratory illness.