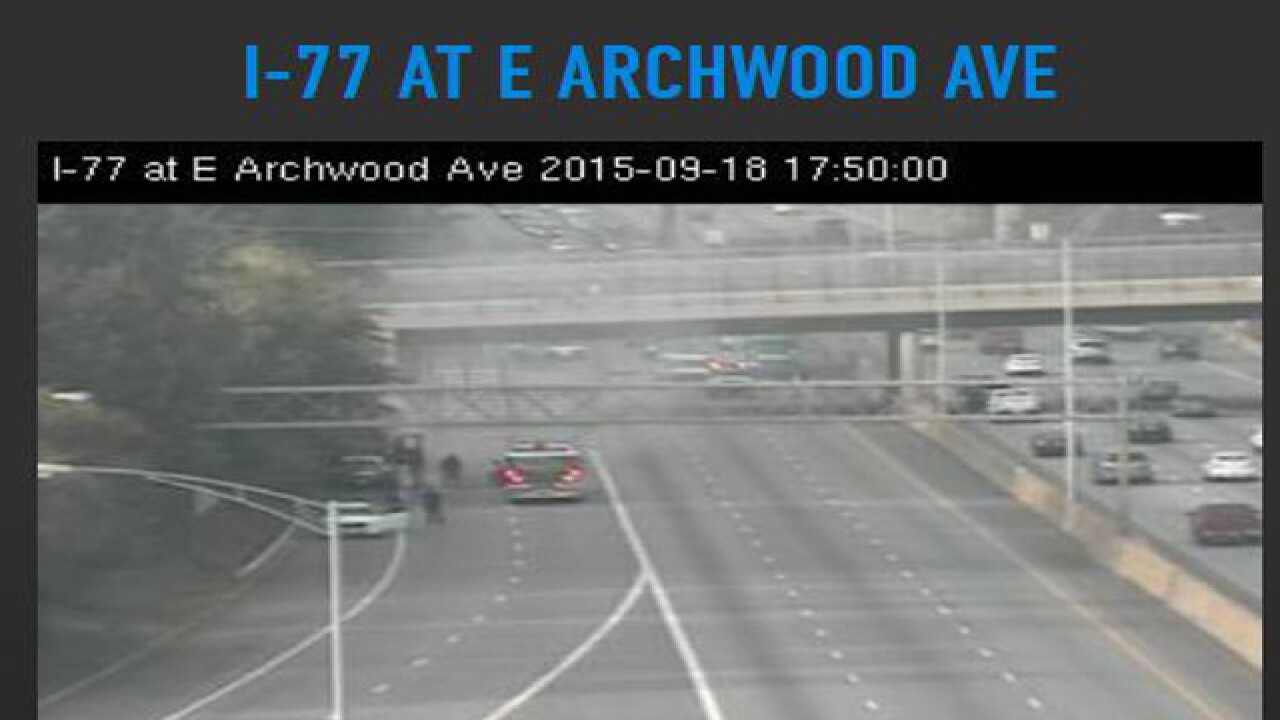 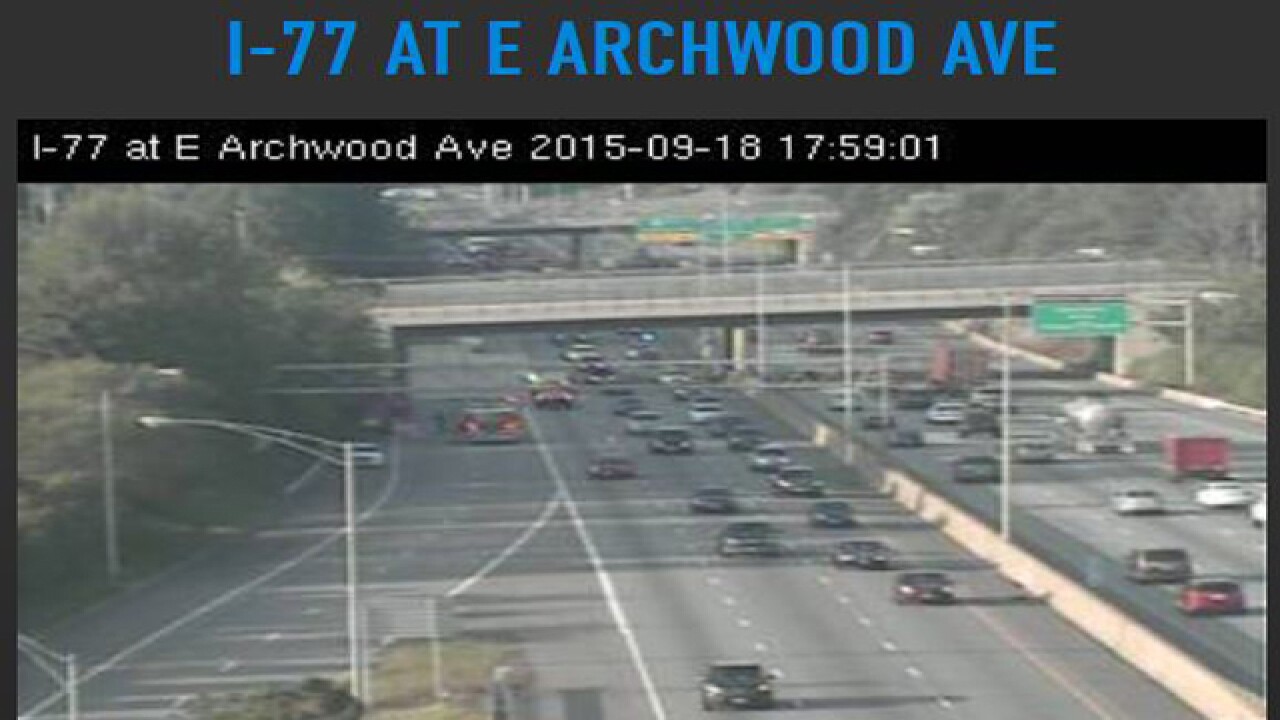 A semi-truck fire on Interstate 77 southbound near East Archwood Avenue closed a portion of the highway, Akron Police confirm.

The area just after I-77 at the central interchange was closed after a semi-truck caught fire, according to police.

Police said hazardous materials were involved and crews are cleaning up at the scene.

The truck involved lost 20 gallons of fuel from its tanks. The fuel was absorbed and picked up by Haz-Mat. It was previously reported by police that the truck lost more than 30 gallons of an unknown fluid.

The driver of the semi-truck got out of the vehicle safely, police said.