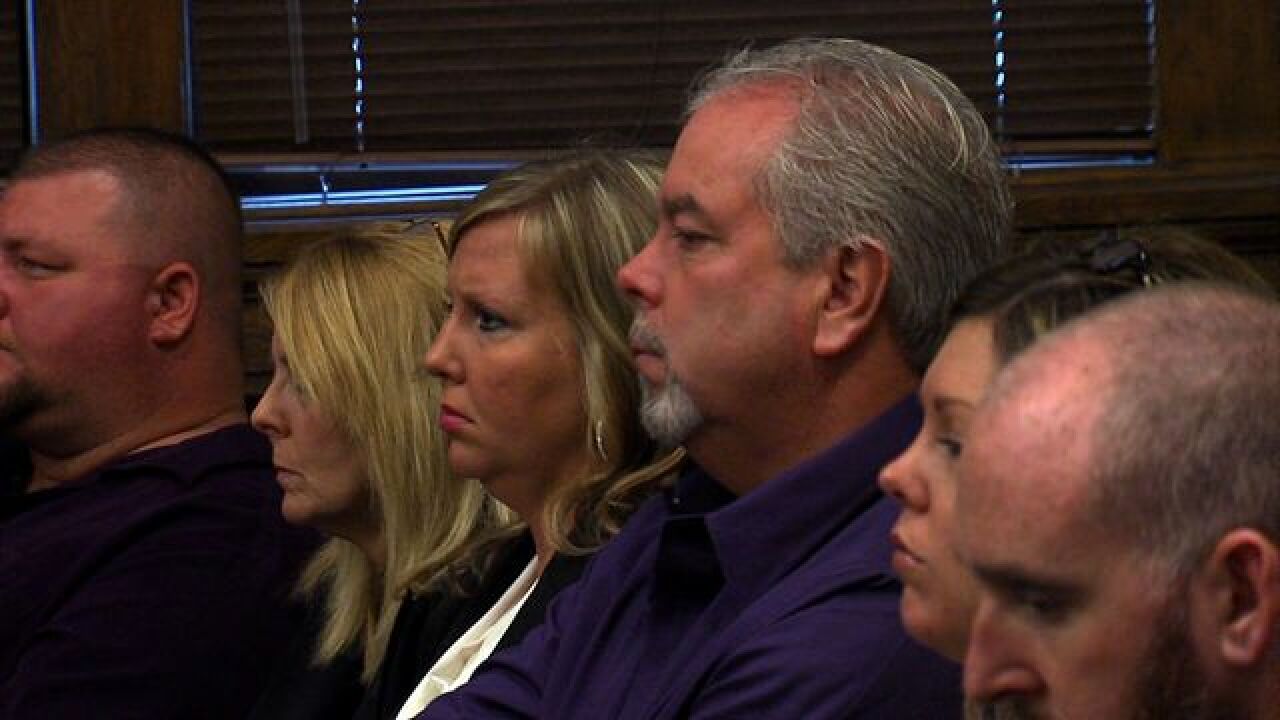 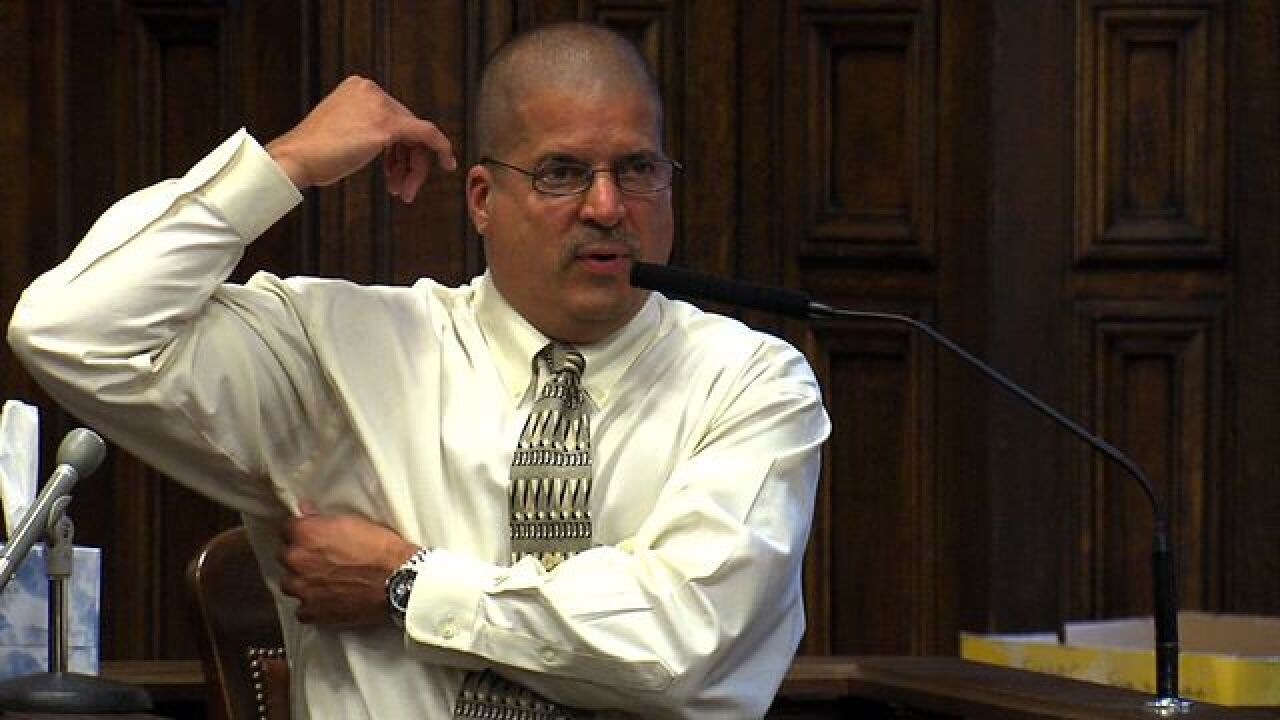 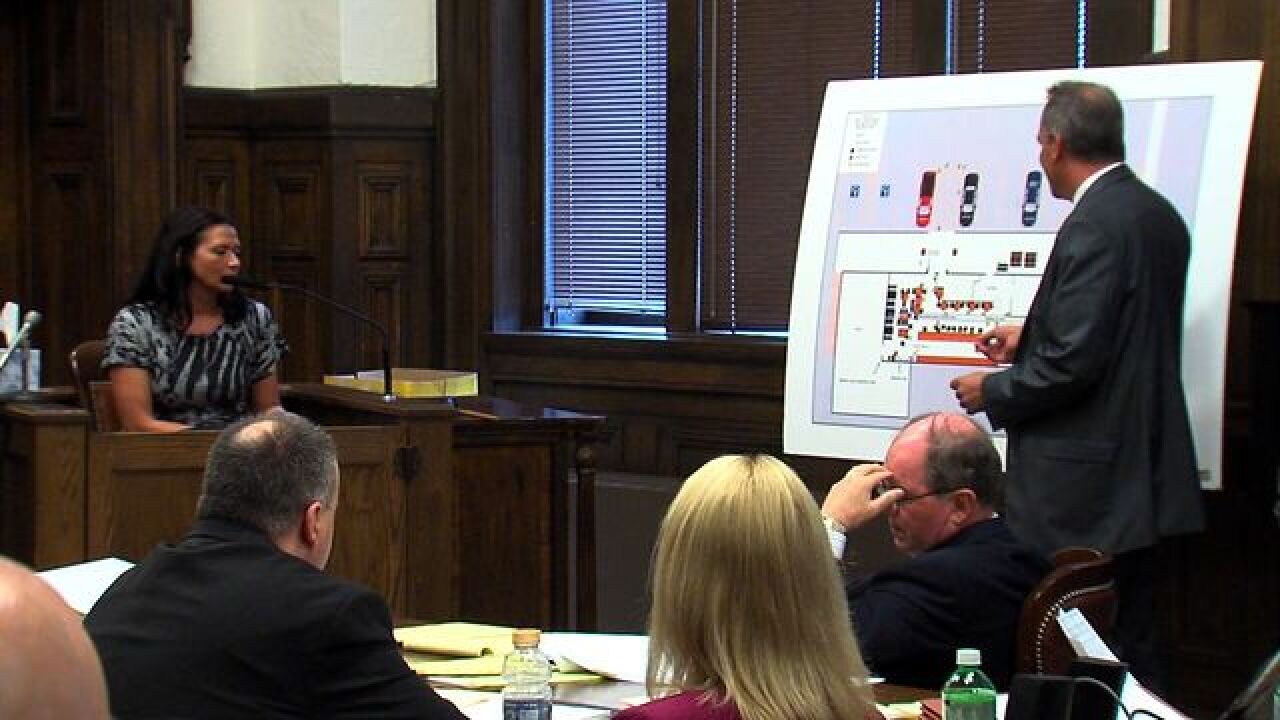 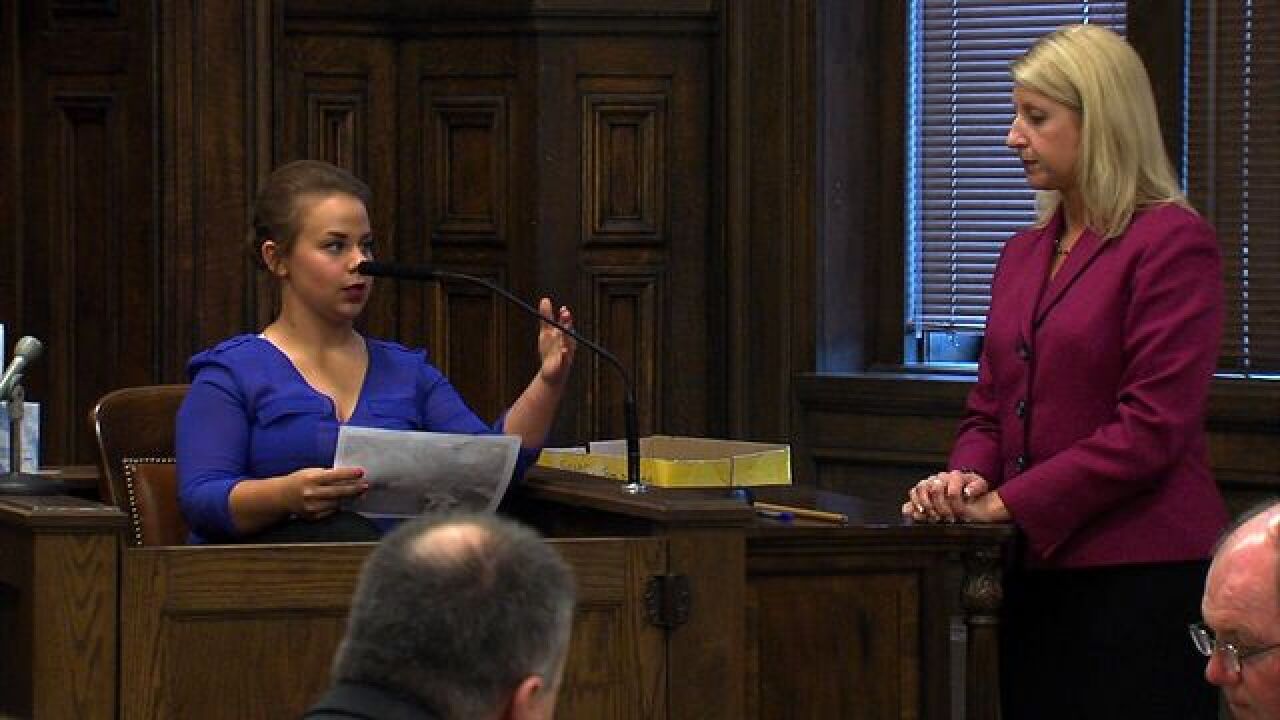 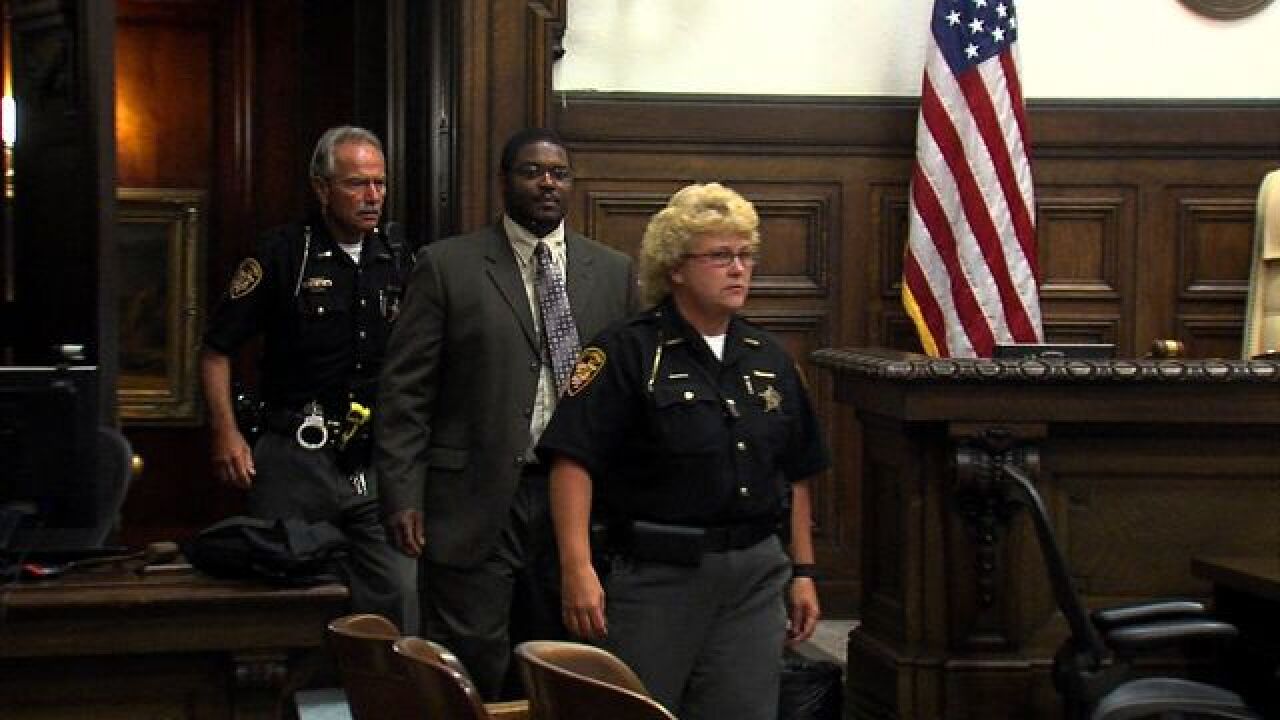 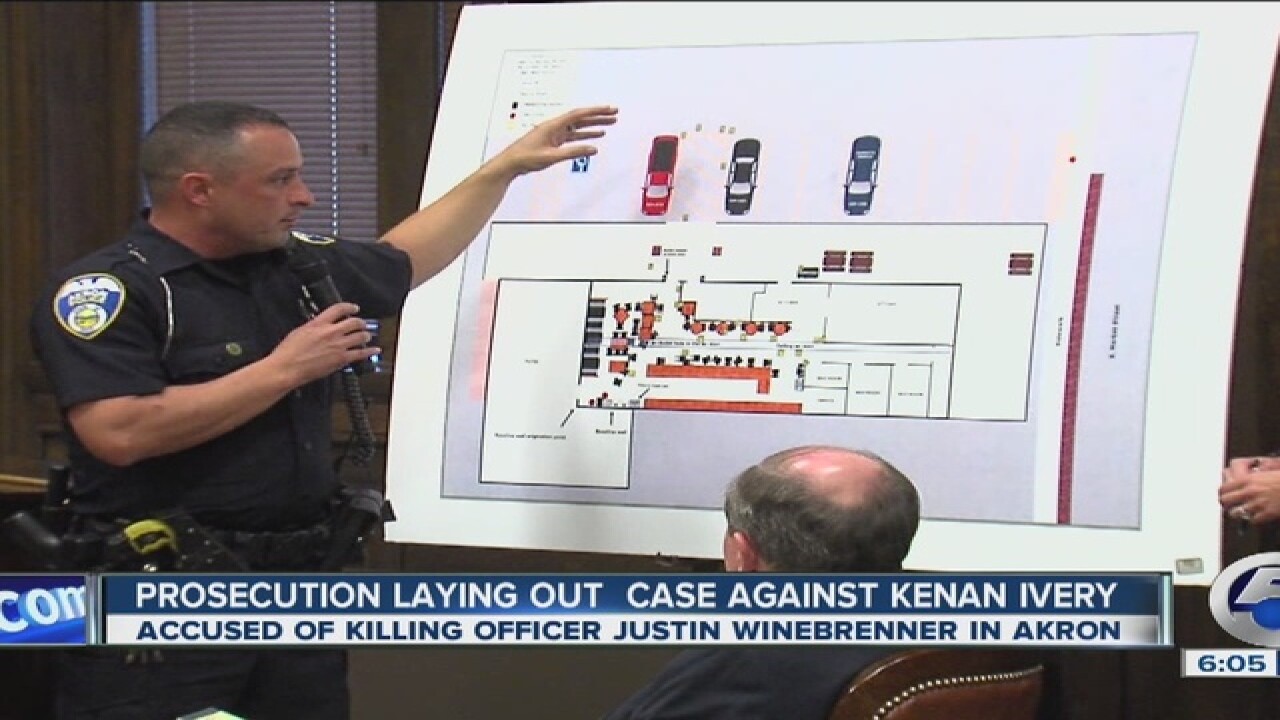 The trial for a man accused of killing an off-duty policeman continued on Wednesday as fellow officers and witnesses tried to piece together the moments before and after his death at an Akron pub last November.

Officer Thomas Russell, who works in the Akron Police Department’s detective bureau, said he was off-duty getting a drink at the pub when the shooting happened.

Russell testified he thought he heard two bar stools fall before hearing another gunshot and feeling something strike him underneath his arm. He also claims a bullet grazed his right side during the shooting.

Soon after, Russell left the bar to find Winebrenner unconscious in the parking lot.

“And in the distance I can hear the ambulance coming, and it’s getting closer, and I’m telling Justin, ‘Hold on,” Russell testified. “Again, I don’t know how bad it is.”

Patrons also testified that Ivery was “hitting on” multiple women and rubbing one patron’s shoulders at the bar – despite the women rejecting his offers to buy them drinks.

Authorities said Ivery became unruly and was asked to leave the establishment. They said he complied, but later returned with a gun. That’s when he was met by a large man, identified by authorities as David Wokaty.

Surveillance video shows Ivery pulling his shirt up to reveal a gun in his belt line.

Two men – identified as Winebrenner and Michael Eisele by police and prosecutors – are seen grabbing Ivery’s arms in an attempt to remove him from the pub.

That’s when the shots are heard.

In response to claims about Ivery’s behavior, however, the defense stated it’s not “unusual” for a man to “hit on” women at a bar and that his actions were not odd for a person in a social environment.

There was one element that the testimonies of multiple witnesses had in common Wednesday – that Ivery and Winebrenner’s fiancé, Tiffany Miller, were talking before the incident occurred.

“It was directly behind us,” said patron Jody Suggs, who knows Miller through mutual friends. “I just remember (the argument) was something about the bill... because of how he was acting it seemed like she was just telling him to pay the bill and leave, and he didn’t like it.”

Patron Natalie Linn testified that after being turned down by another woman at the bar, he began making remarks about possibly having a firearm, although Linn wasn’t sure what he meant at the time.

But the defense offered a different perspective on what happened that night. They allege Ivery was threatened by three intoxicated men and acted in self-defense.

Ivery’s defense attorneys also attempted to establish that Ivery already had a gun on him before the shooting and did not leave the pub to retrieve the gun and then return.

They showed surveillance video from the incident at the bar in which Linn can be heard claiming that Ivery said he specifically had a .40 caliber.

“There’s a big difference between a 40 (ounce) and a .40-caliber,” defense attorney John Greven said. “And clearly, he says before he’s asked to leave that night…he clearly states, ‘I’ve got a .40 caliber.”

When the defense asked the two patrons if they had seen the actual shooting take place, they answered that they did not.

Prosecutors also played the 911 call and showed surveillance footage of the suspect fleeing from the pub’s front door and through the parking lot following the shooting.

Ivery's trial began on Monday in Summit County Common Pleas court, when a 12-member jury visited the scene of the shooting.

The prosecutor also showed surveillance video captured from Papa Don’s Pub at the time of the shooting.

Four other people at the pub were injured in the incident.

Ivery has pleaded not guilty on 18 counts, including aggravated murder.

Day 4 of the trial will begin Thursday at 9 a.m.