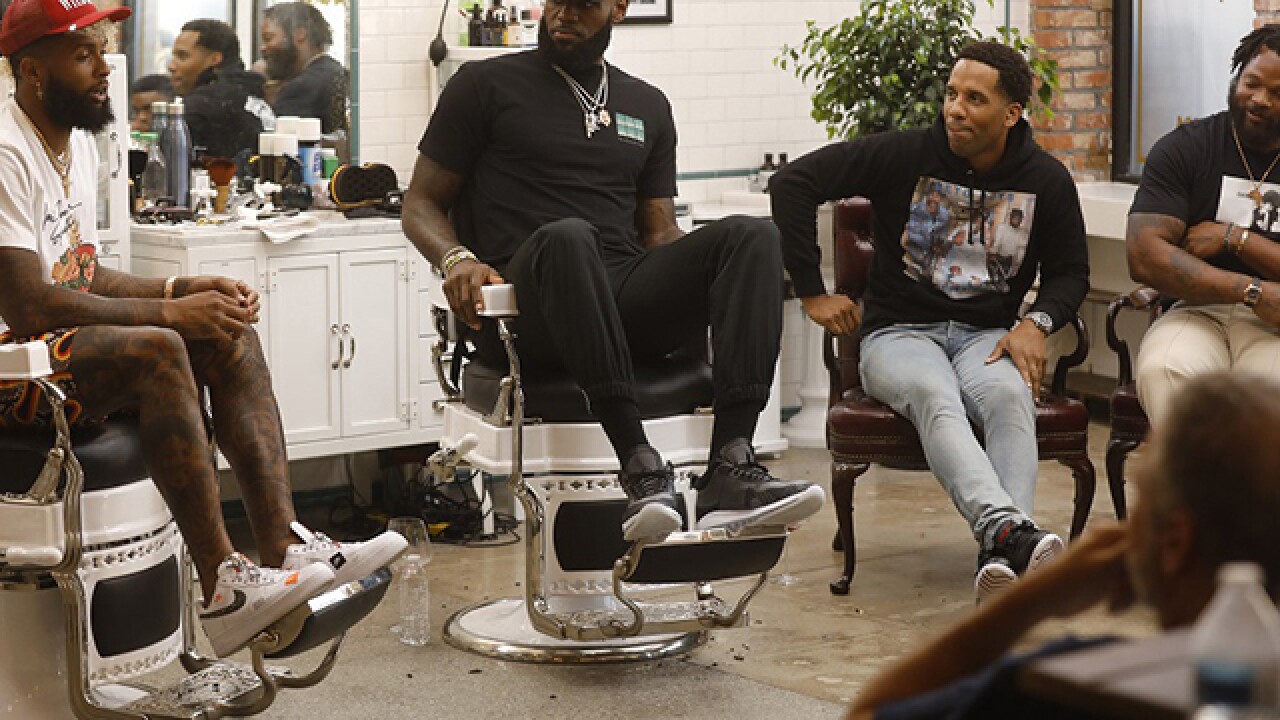 LeBron James looks back at his 14-year-old self and recalls how it was hard for him to be around all white people for the first time ever after his transition from his home in the inner city to the predominately all-white St. Vincent-St. Mary's Catholic High School in Akron.

In the premiere of James' HBO series The Shop on Aug. 28, the superstar athlete admitted it wasn't always easy to coexist with white people.

"I went to an all-white high school. So when I first went to the 9th grade in high school, I was like, I'm not f**king with white people," James said while remembering his first experience being surrounded by all white people— a stark contrast from the predominately inner-city neighborhood where he grew up.

LeBron talks about the transition from his neighborhood to his catholic high school, being around all white people for the first time and finding out what a pantry is pic.twitter.com/BhIpxsC5xJ

James got candid when talking about his transition during his formative years as a young African American athlete playing basketball at an all-white school.

He explains how he was "so institutionalized growing up in the hood. They don't f*** with us. They don't want us to succeed. [There's] a hierarchy, then we're here. In a matter of fact, we're here under this chair," he said while pointing underneath him.

Over time, the Akron native said he changed his views.

"Took me a while to adjust to it," he said. Even so, he struggled if his peers accepted him for the color of his skin and himself off the court or if acceptance came only because of his status as an athlete.

Throughout the episode, he also spearheaded race in America. James said an incident last year, in which his house was vandalized with the N-word, still serves as a reminder and lesson to his children about the prevalence of racism in America and that "no matter how big you become in America, you're still African American."