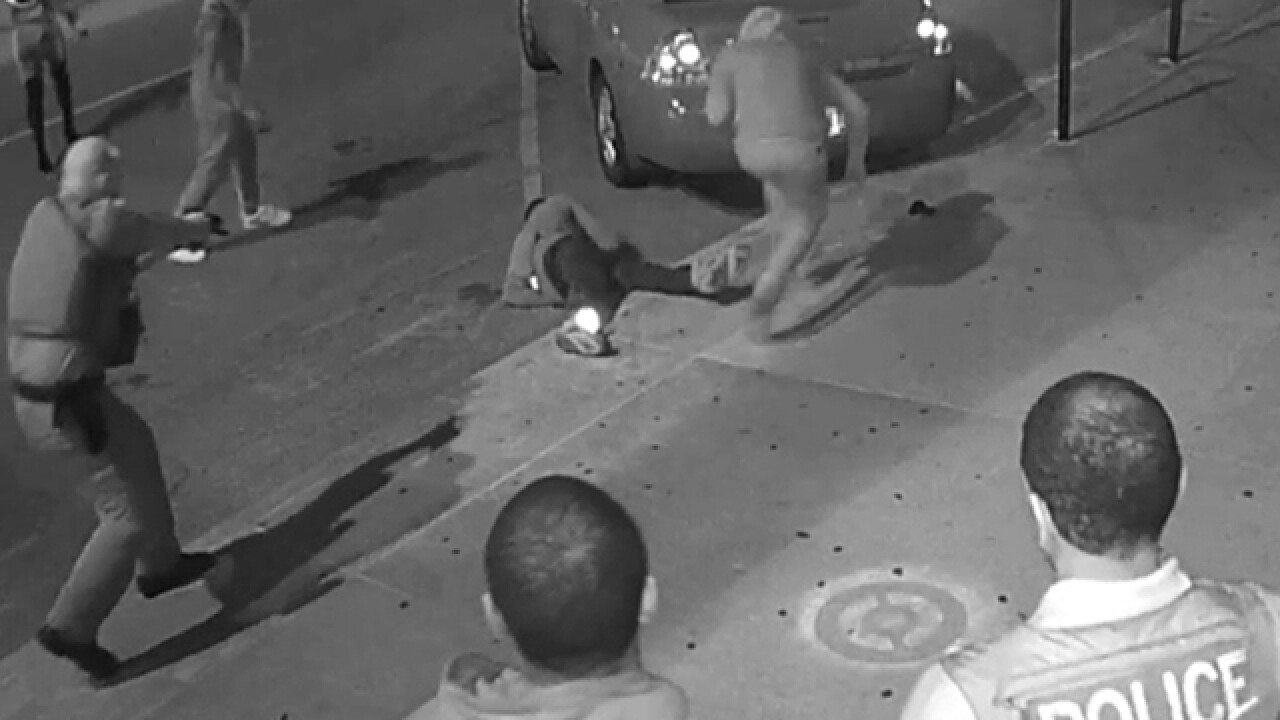 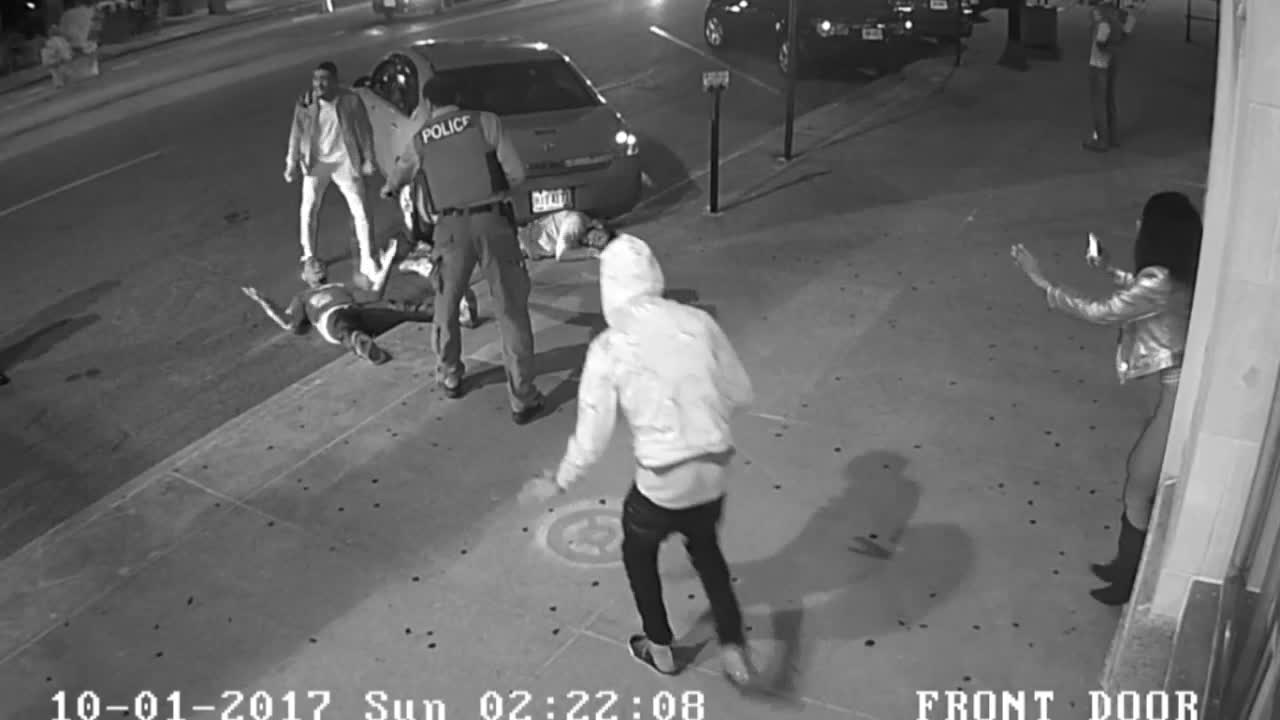 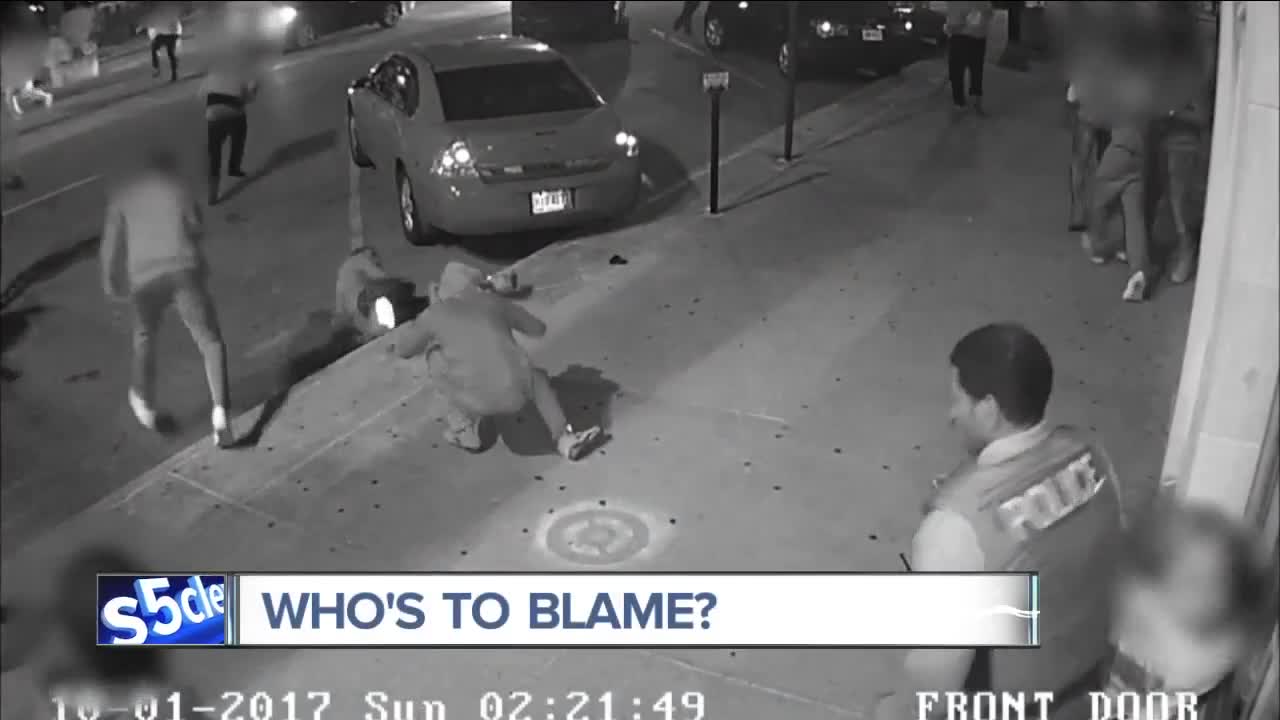 A video released by the attorneys of a man recently acquitted of shooting at an Akron police officer shows the scene unfold during one chaotic evening last year.

The shooting happened on Oct. 1, 2017. The video shows a group of men walking on the sidewalk near Zar Nightclub on South Main Street when shots are fired from behind them — and an Akron police officer walks into frame and keeps firing. Two brothers, Jamon Pruiett and Latrent Redrick, were both shot multiple times. After the shots rang out, Redrick's gun appeared and fell to the ground as he tumbled over. Pruiett then hit the pavement, grabbed the gun and returned fire in the direction the gunshots came from.

Redrick, it was later learned, had a permit to carry a concealed firearm.

According to Law Offices of Friedman and Gilbert, the attorneys representing Redrick and Pruiett, Akron police officer John Turnure didn't announce that he was a police officer or order Redrick to drop his gun before the shooting started. Turnure fired his weapon 13 times, striking the brothers six times each before reloading, attorneys said.

Redrick and Priuett were hospitalized and then later indicted on felonious assault and inducing panic charges, the pair's attorneys said. During the trial, Pruiett was found not guilty by a jury of his peers. The felonious assault charge against Redrick was dismissed, but he was found guilty of inducing panic after pleading no contest to the charge during the trial, according to his attorneys. Redrick was given six months probation in lieu of a jail sentence.

A use of force investigation into Turnure is currently underway, according to the Summit County Prosecutor's Office. Officials were unable to comment further, citing a pending investigation.

The attorney's of Redrick and Priuett issued the following statement on Thursday:

The investigation of the shooting was not referred to an independent agency such as the Ohio Bureau of Criminal Investigation but conducted by the same detective who caused Redrick and Pruiett to be charged. A main focus of the trial was the bias and shortcomings of the Akron investigative process. A civil rights suit is being contemplated for this brutal, unjustified, and horrifying use of deadly force.