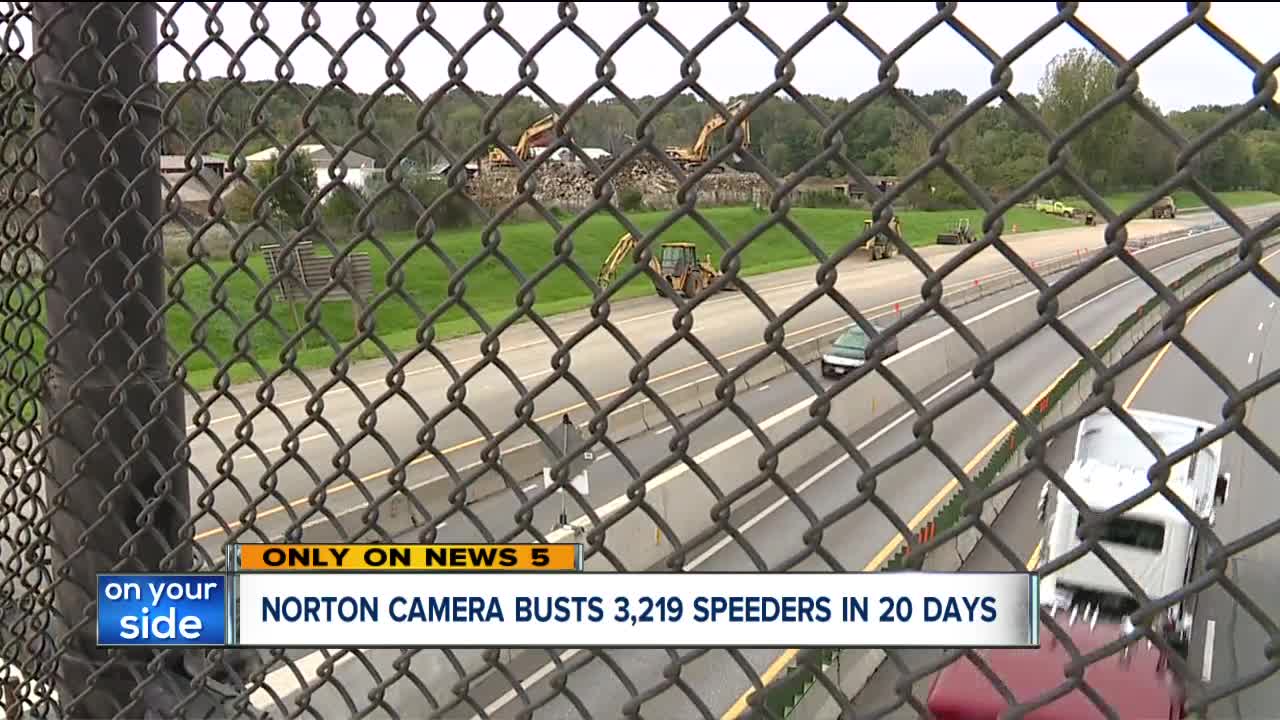 Norton Police Chief John Dalessandro was already convinced there was a serious speeding problem in an I-76 construction zone, but even he couldn't believe by how many speeders a DragonCam captured in its first 20 days on the job. 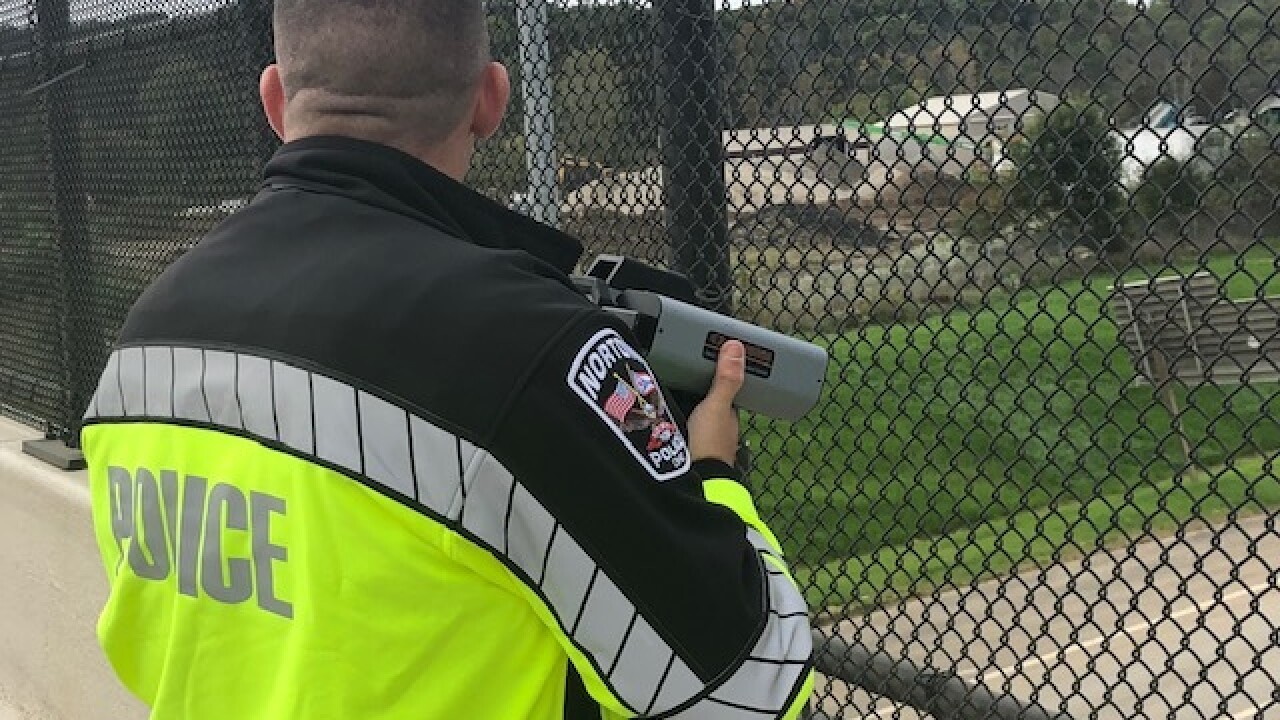 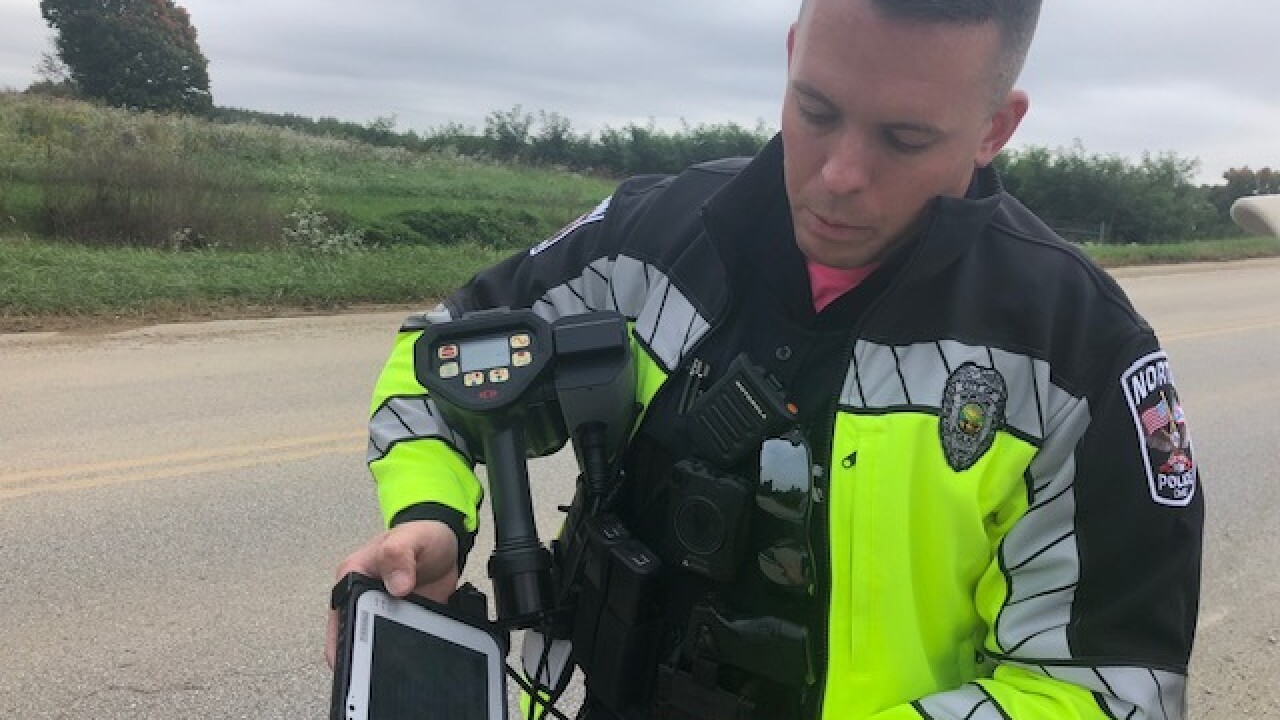 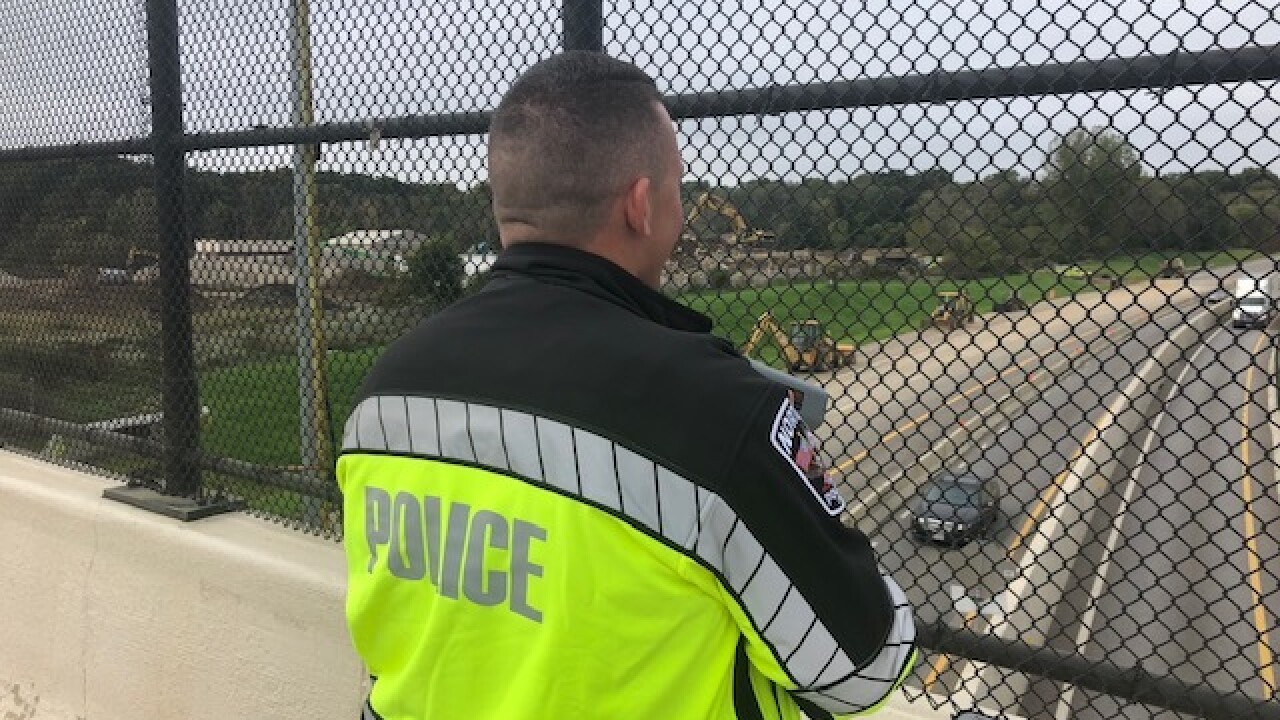 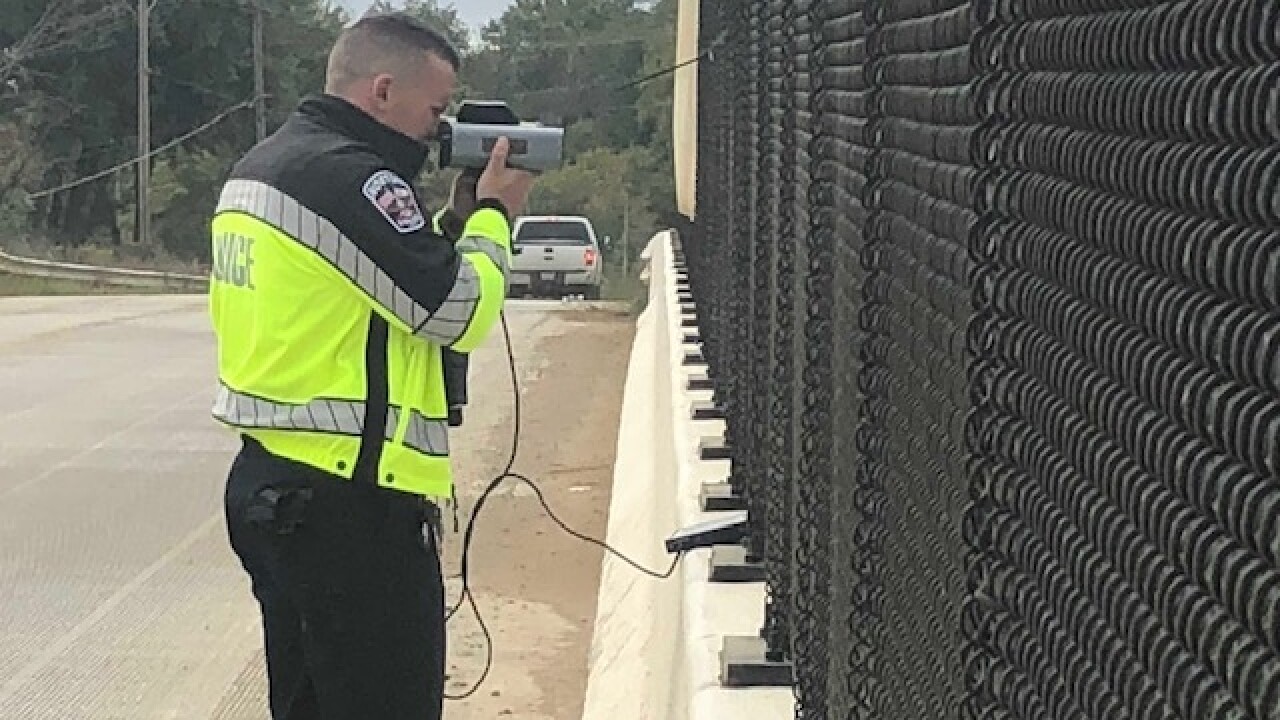 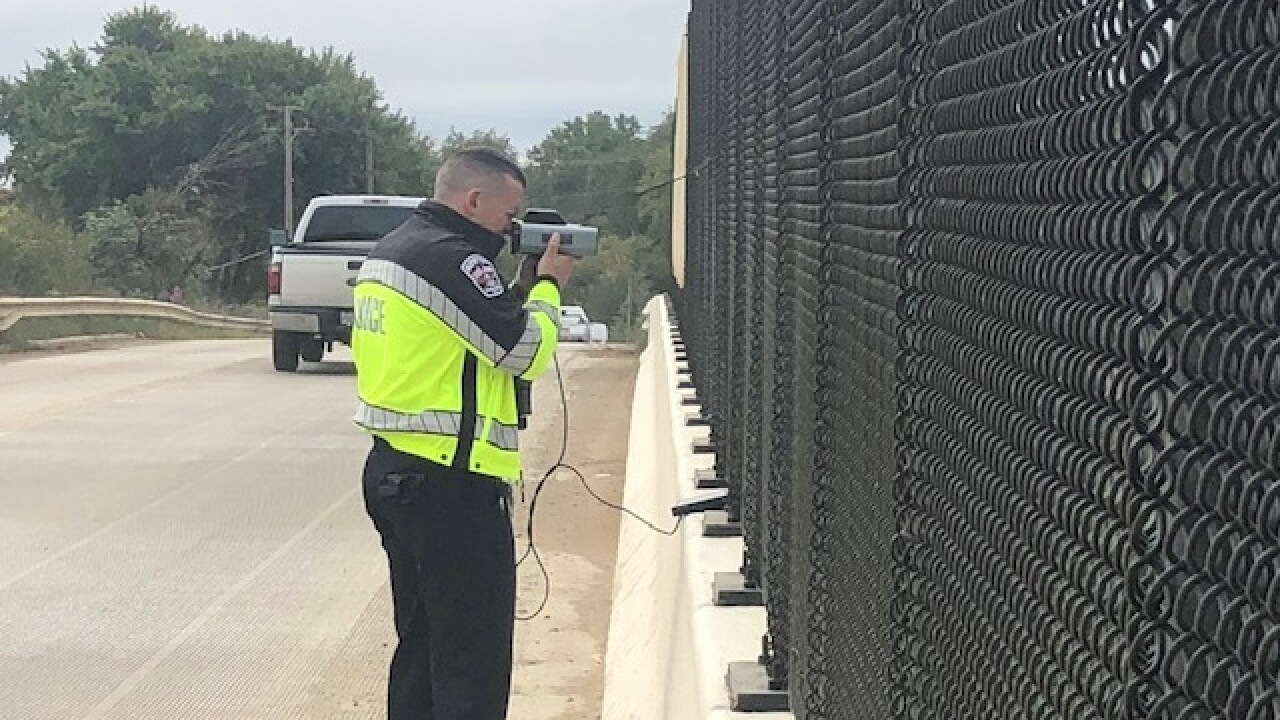 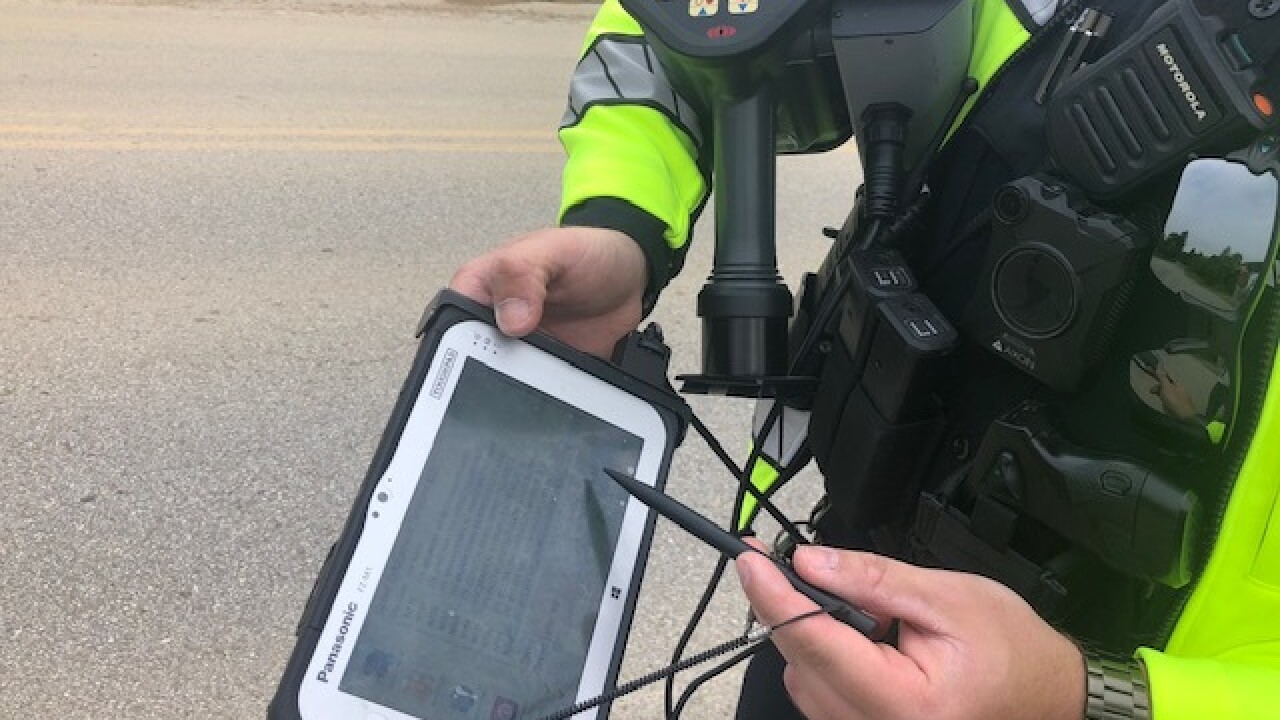 Norton Police Chief John Dalessandro was already convinced there was a serious speeding problem in an I-76 construction zone, but even he couldn't believe by how many speeders a DragonCam captured in its first 20 days on the job.

"That was a surprising number to everybody," Dalessandro said. "I was shocked."

In July, Norton city council unanimously passed a plan to use the camera made by Blue Line Solutions.

Norton keeps sixty percent of the revenue collected. The rest goes to the company.

The speed camera is used nearly every day — usually in three-hour increments — by various police officers.

They perch themselves on different bridges and point the camera towards cars motoring along a six-mile stretch of the construction zone.

The speed limit is 55 miles per hour. If the camera catches a driver going 65 or higher, it grabs a photo of the license plate. The infraction is uploaded to the company and then the pricey ticket is sent through the mail.

Dalessandro said Norton wanted to use the camera out of safety and speeding concerns.

The chief said the camera seems to be making a difference.

"After speaking with dispatch, we've seen a little bit of a decrease in crashes on 76."

Some drivers feel the enforcement is more about a cash grab for Norton rather than a safety issue.

"It seems a little excessive," said Ben Lynch. "I got a ticket on 76 the other day from an actual officer, so they've got officers there and cameras going. It seems like a lot."

"If it's $200 a ticket, it's money," said Dave Huffman. "If it was something reasonable, that would be different."

Dalessandro said ODOT will be removing 11,000 feet of barricades in the winter months, and during that time, Norton police will do traffic stops and not use the camera.

Revenue from the tickets will help pay for cruisers and school resource officers.

DragonCam will go away for good when the construction project is finished, possibly by the end of 2019, the chief said.

Dalessandro said he is waiting for a report from Blue Line Solutions and will present the numbers to city council and also post them on Facebook. He said less than 3 percent of the tickets went to Norton residents.

He hopes the tickets drop dramatically and drivers get the message to slow down.

"I would love nothing more for one of my officers to come back and say, 'Chief, I was out there for three hours and I had no violators.'"