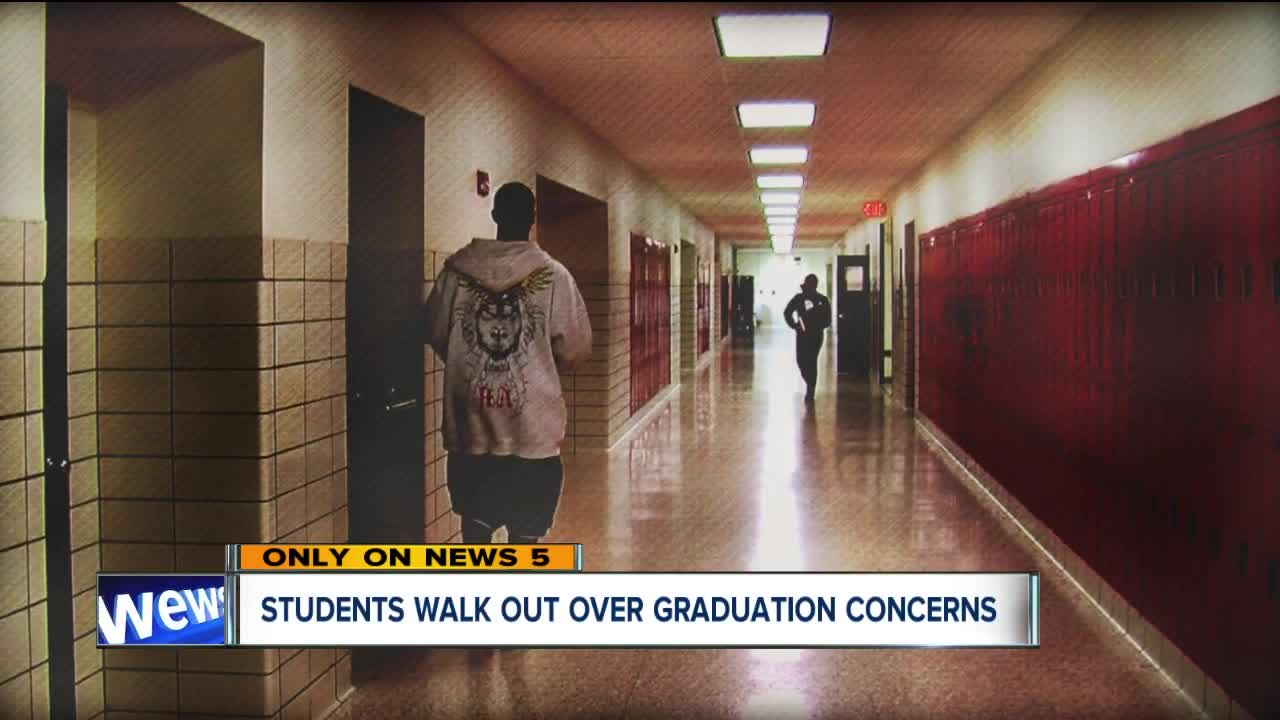 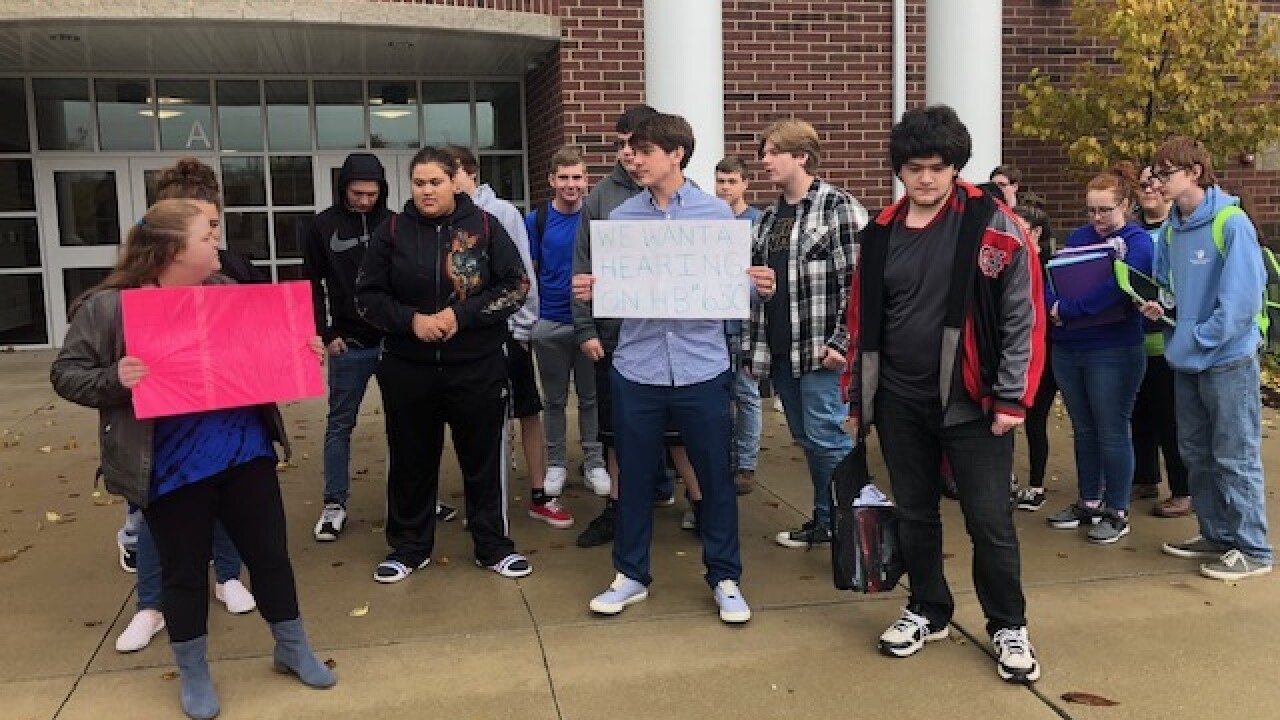 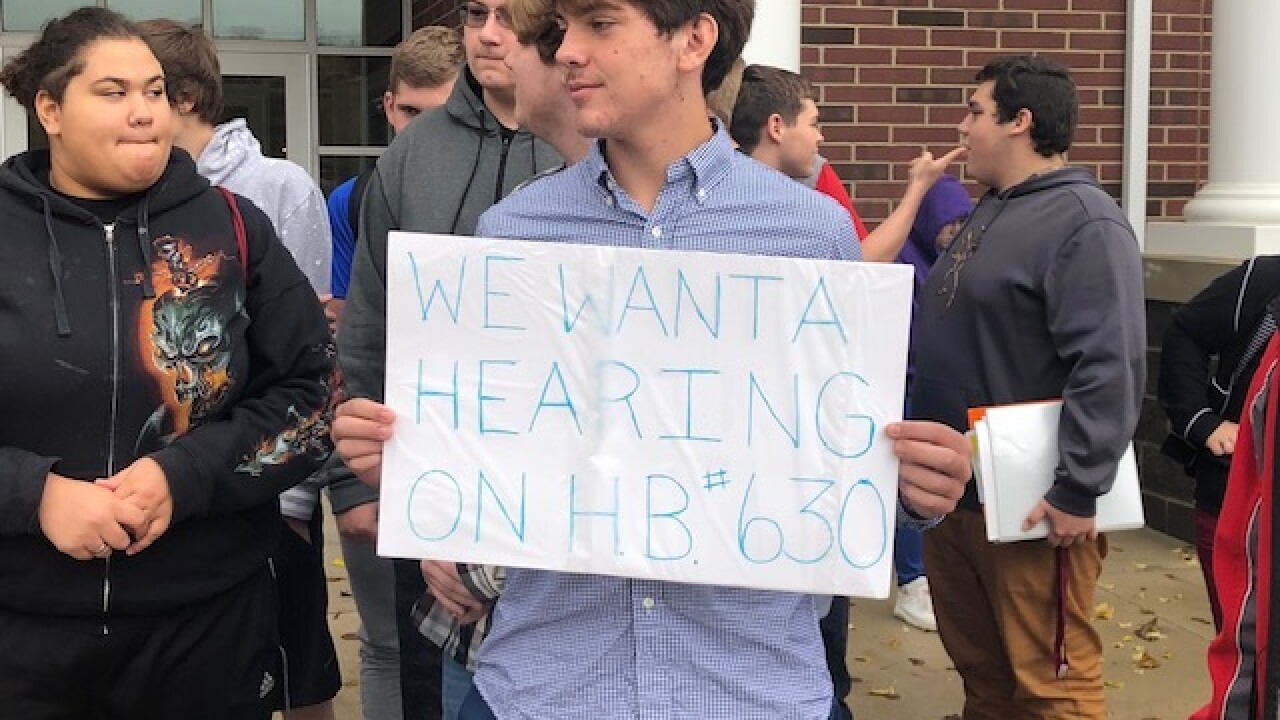 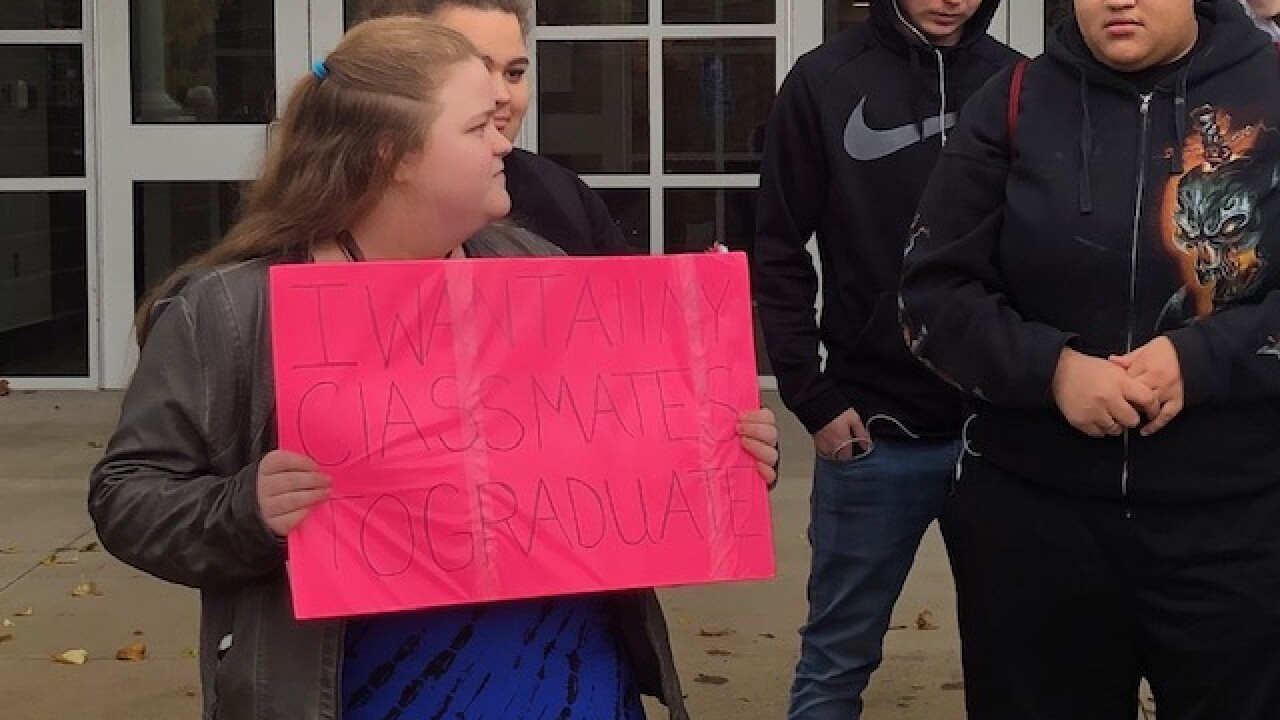 "The unity of this class is important to me and we need to stick together and work together to get the future we deserve," said Amy Campbell, who organized the walkout.

About 70 Springfield seniors are currently on the not eligible to graduate list, including James Fast.

RELATED:  Thousands of Ohio high school seniors may not graduate in 2019 unless law changes

"Under the old pathways, I'd be able to graduate because I have enough credits," he said. "I think there should be a hearing to reinstate those pathways."

Under a temporary law, the 2018 class had other possible pathways to graduation that didn't rely so heavily on state testing, including having a GPA of 2.5 on 4.0 scale in all courses completed during 12th grade, completing a capstone project, completing 120 hours of community service or earning a WorkKeys exam score of three or higher on three sections.

However, those extra options are not available to the 2019 class.

State Rep. Tavia Galonski said concern over the high number of seniors possibly not graduating is a major issue across Ohio.

"A conservative estimate of 32 percent of the current high school seniors all over Ohio are not on track to graduate and receive a high school diploma," Galonski said.

Galonski pointed out that most of the extra pathways will return in 2022, but that puts kids in the 2019, 2020 and 2021 classes in a potential bind. She has submitted House Bill 630 which could restore the pathways.

Galonski said the bill was introduced to the education committee in May, but no hearings have been scheduled.

Three hearings are needed before the bill could be moved out of committee and eventually voted on by the State House and Senate.

Galonski is hoping hearings can be fast-tracked before the end of 2018.

"They're making straight A's, some of these kids are, and they're still not on track to get this if we don't implement these pathways," she said.

Brittany Halpin, a spokesperson for the Ohio Department of Education, said the issue has been discussed and studied the last two years.

"In January of this year, the State Board of Education recommended the General Assembly extend the additional graduation options provided to the class of 2018 to the classes of 2019 and 2020 while a longer-term solution is developed," Halpin said.

News 5 left multiple messages for State Rep. Andrew Brenner, who is the chair of Ohio House Education Committee, but he has not responded.

A spokesperson for Governor John Kasich said he doesn't comment on pending legislation.

Many of the Springfield students who walked out called for hearings for HB 630.