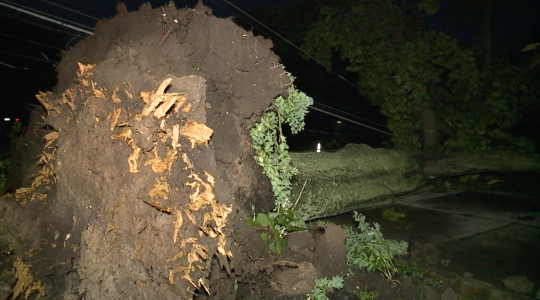 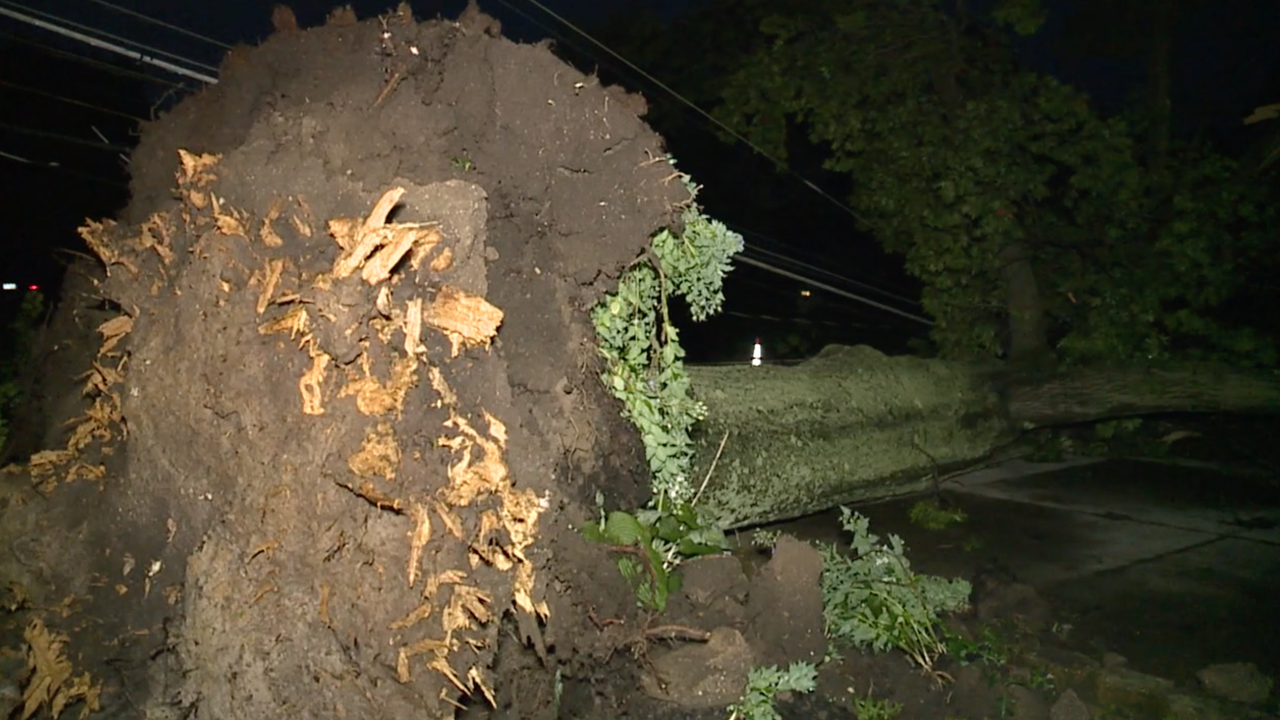 Tim Tomayko was at his home in Tallmadge when those storms rolled through.

“My daughter came out here five minutes later and was like dad! The tree’s down in the front yard. I was like oh crap,” Tomayko said.

The massive tree in the Tomayko’s front yard was knocked over by wind in Sunday’s strong storms. The tree fell directly on the power lines along Eastwood Avenue, and likely part of the reason he and his neighbors are now without power.

“I guess Tallmadge, down the road, everybody lost power because of my tree,” Tomayko said.

“The winds were really picking up bad and I went out into the backyard to grab things and put them away so they didn’t blow around and about five minutes away I came inside and I looked out the window and I noticed the tree back here had split,” Scott Roe, of Tallmadge, said.

The Roes are now without power too, but they’re finding ways to stay occupied.

In Barberton, the storms downed trees and power lines closing some roads and causing major scares for some homeowners, like John Sulek.

“I saw the tree coming across our window. Thank the Lord it's just simply a break, it was a high enough break that we actually appear to have no structural damage,” Sulek said.