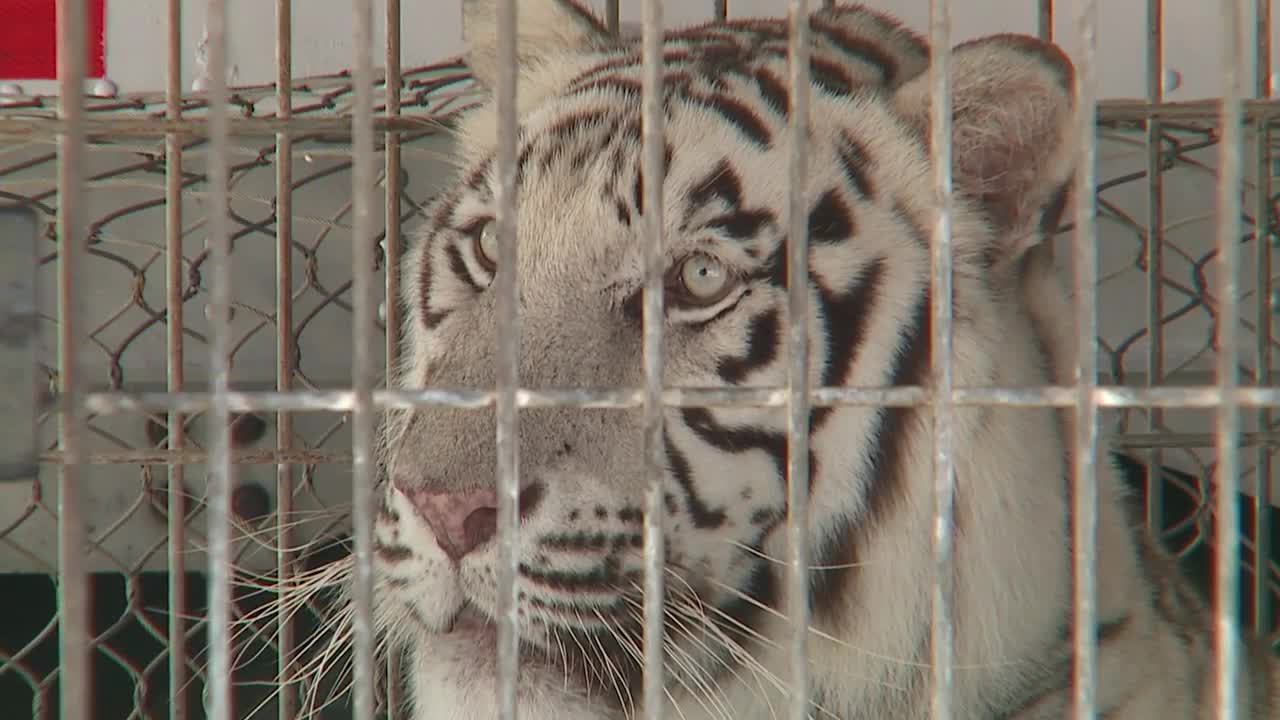 A tiger show at the Summit County Fair is generating controversy online, but the show operators said they stand by their practice of caging the tigers and prodding them with a stick. 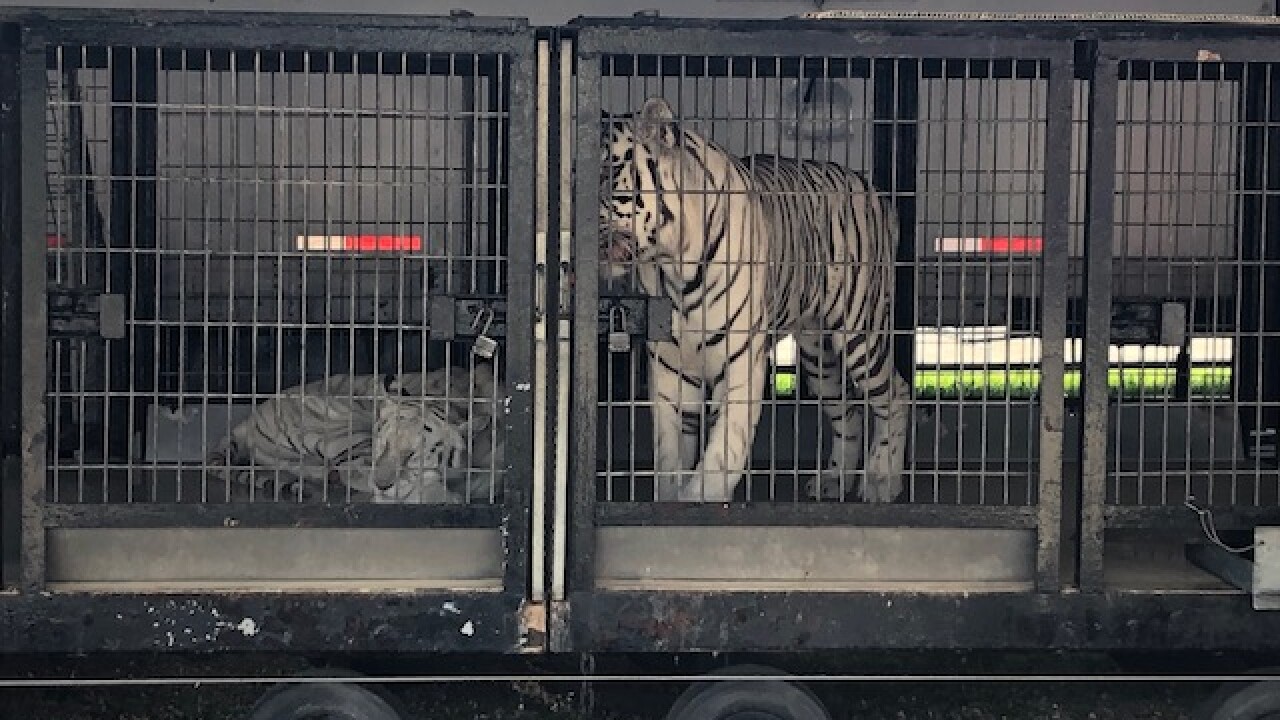 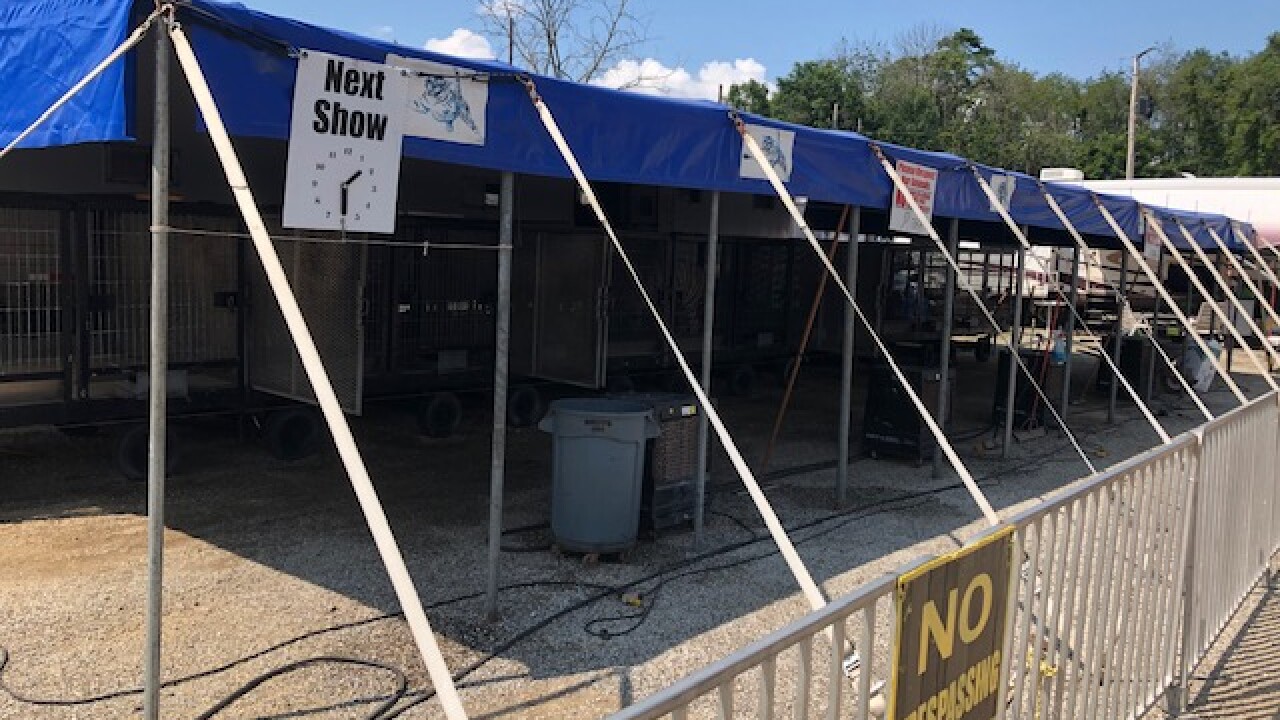 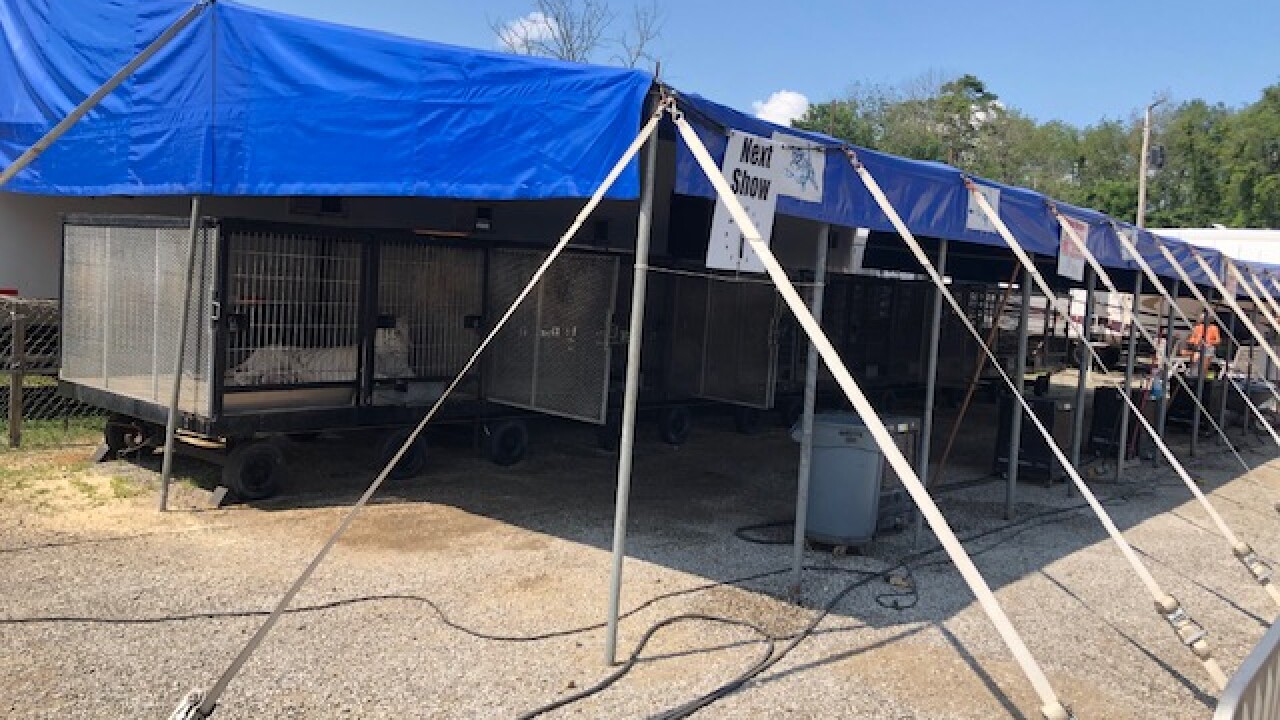 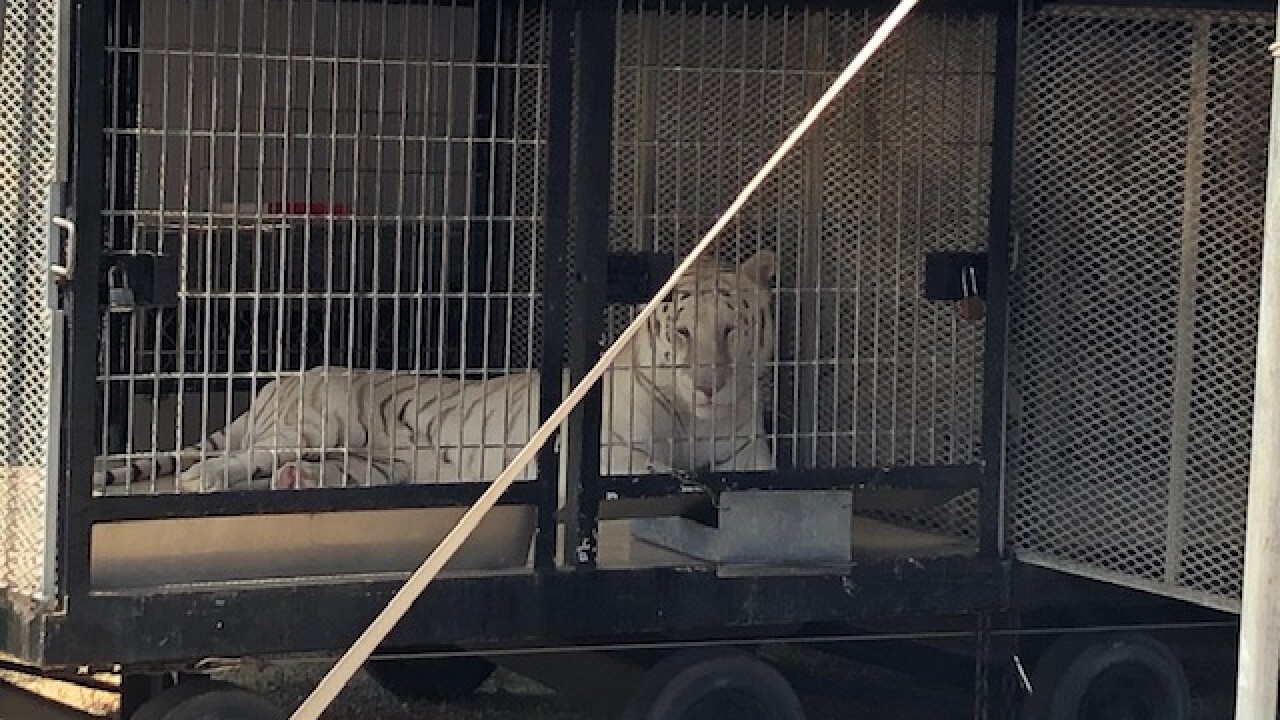 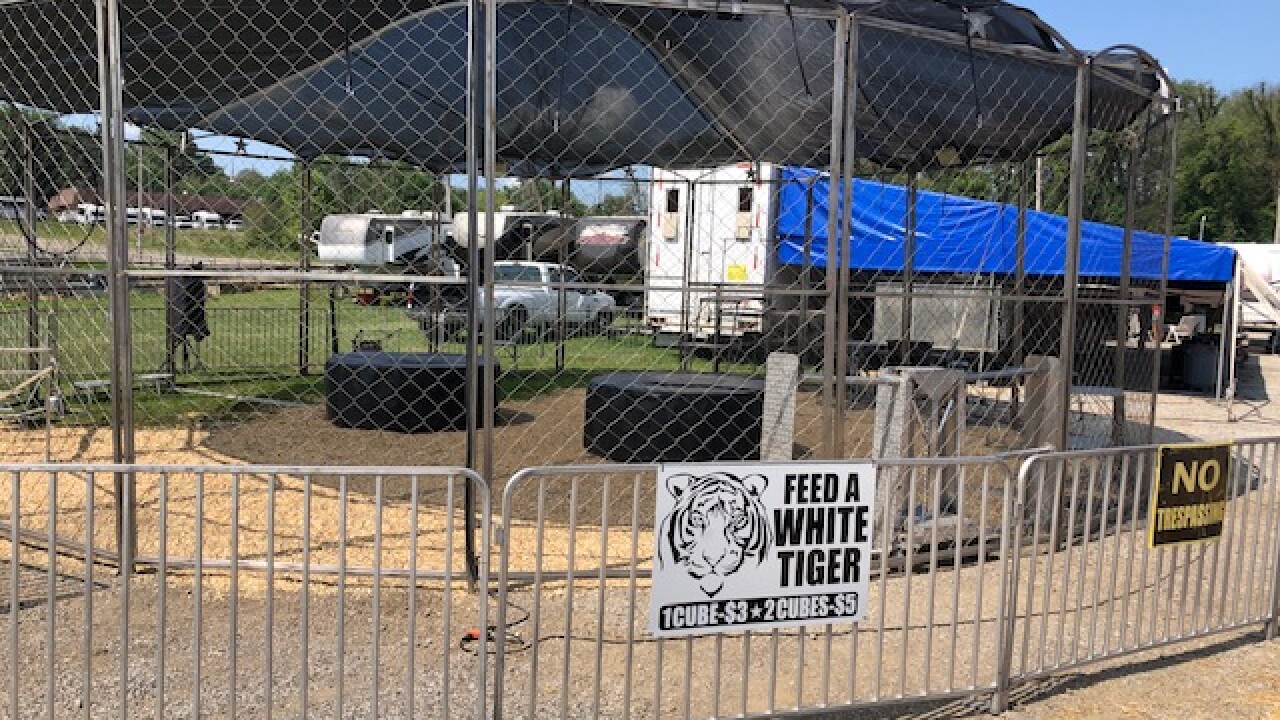 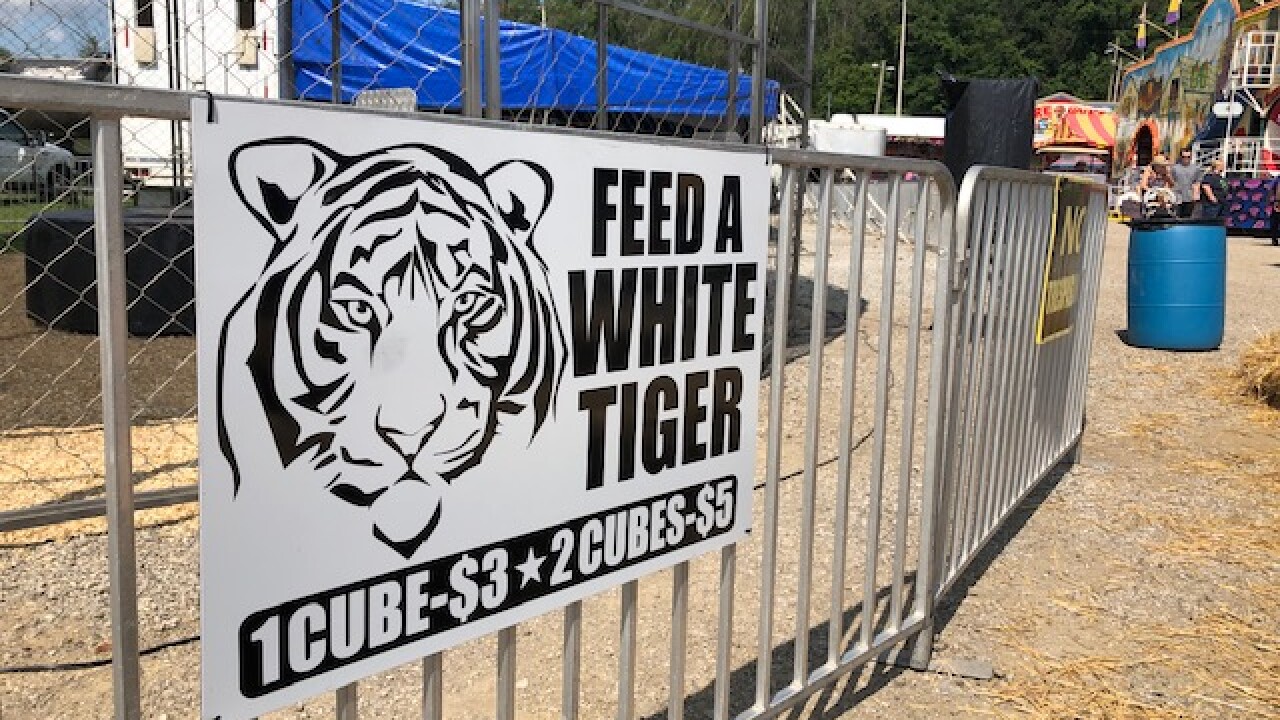 SUMMIT COUNTY, Ohio — A tiger show at the Summit County Fair is generating controversy online, but the show operators said they stand by their practice of caging the tigers and prodding them with a stick.

Kinsey Switalski, a California woman originally from Stow, attended the Summit County Fair earlier this week, as is a yearly tradition for her and her friends. While there, she was shocked to see two white tigers being kept in cages, and posted to Facebook video of one of them being prodded with a stick.

“I am beyond disgusted with the fair’s decision to hold this horrible show featuring exotic animals (who seem to be miserable) being whipped and battered with sticks to do circus tricks,” Switalski said in the post, which has received over 1,300 shares and 600 comments. “I won’t be coming back next year, and I hope no one else does either.” Her video of the tiger being prodded has also been viewed over 66,000 times.

"I made the post as an attempt to raise awareness," Switalski told News 5. "I wanted people to know what was happening inside the fair BEFORE spending their money on a ticket to enter, unlike me. If I had known they had the tiger exhibit, I wouldn’t have entered, because I don’t want my money going toward the support of such a show."

News 5 partner the Akron Beacon Journal spoke to Judit Nerger, of Florida, who owns and operates the traveling tiger show with her husband Juergen. She said the cages are eight feet long and eight feet wide, meeting federal regulations. She also said they connected the cages, giving the two tigers more space.

The Animal Welfare Act requires only that outdoor perimeter fencing for large felines be at least 8 feet tall to keep animals and unauthorized persons out.

Nerger said the stick is used “to get them up — it’s not hurting them. It’s just a little pressure under the belly.”

Howard Call, a director of the fair, told the Akron Beach Journal: “We feel all the animals are well taken care of, whether it’s those in the tiger show, the 4-H exhibits or open-class exhibits [non 4-H exhibits].”

Call said that while he understands people’s feelings about animals being exploited, he also feels for people who want to see the show, which has proven to be a popular attraction this year.