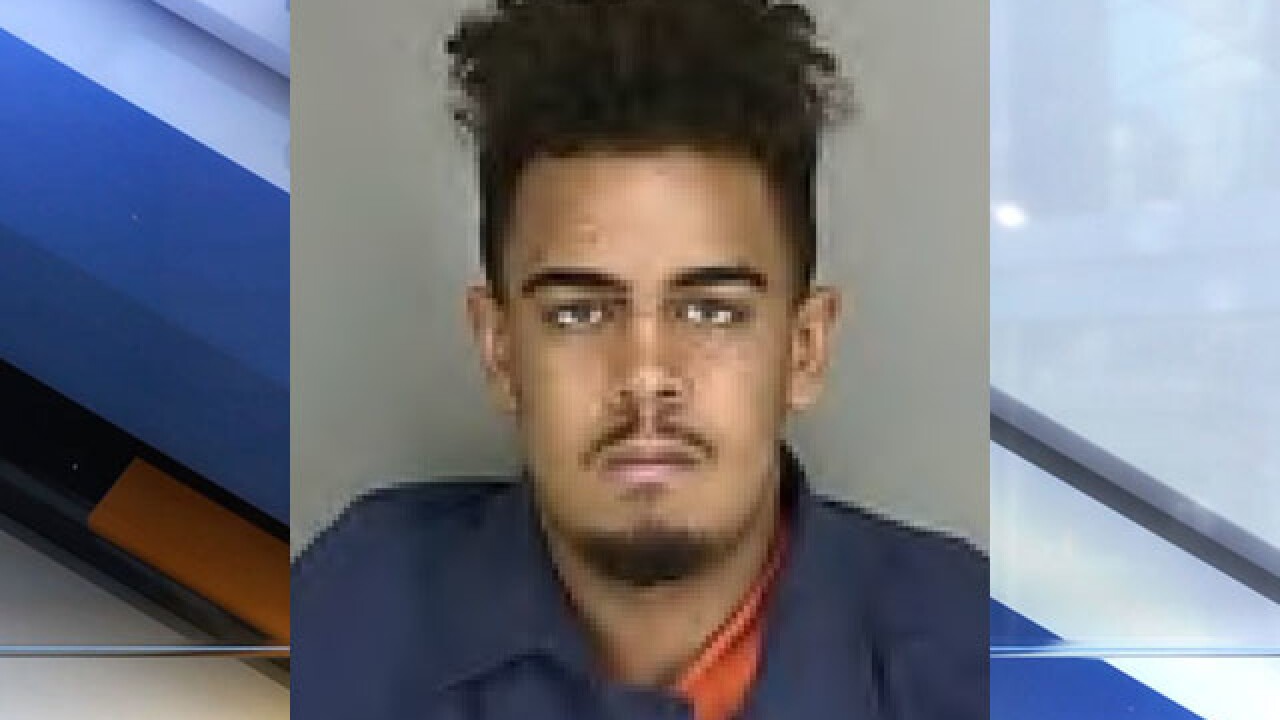 Copyright 2018 Scripps Media, Inc. All rights reserved. This material may not be published, broadcast, rewritten, or redistributed.
<p>Kobie Jones, 19, of Akron.</p>

On Wednesday, police were called to a parking deck at around 8:32 a.m. along Exchange Street to a person breaking into several cars.

The person, identified as Kobie Jones, 19, of Akron, fled from officers after they tried to arrest him.

Officers chased Jones southbound across Exchange Street. Eventually, after a short foot chase, officers caught up to him.

As Jones was being arrested, he kicked Chief James Weber in the groin area and bit his left index finger, according to the report.

Jones was charged with two counts of resisting arrest and two counts of obstructing official business, according to the Akron Municipal Court.

The University of Akron released the following statement after the incident:

UAPD will be in contact with another law enforcement agency to follow through on the investigation of this incident. UAPD Chief Weber remains on duty.