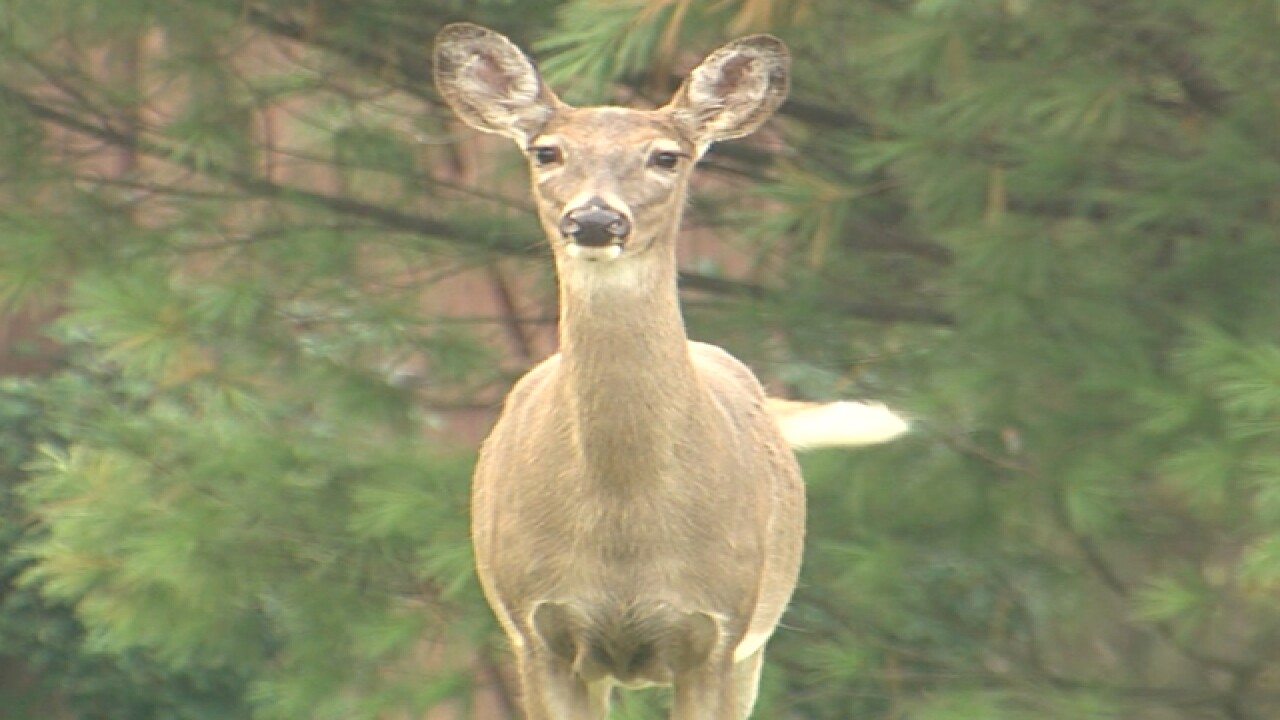 REYNOLDSBURG, Ohio — Chronic Wasting Disease (CWD) was detected in a deer at a Wayne County farm, according to the Ohio Department of Agriculture (ODA).

The disease can take up to a year before causing symptoms in the animals, which include drastic weight loss and neurological issues. The disease is fatal to animals and there are no treatments or vaccines, according to the Centers for Disease Control and Prevention.

ODA investigators found a doe with CWD in a herd on the farm and are currently conducting an epidemiological investigation on the farm.

Once the investigation is complete, the department will work with the United States Department of Agriculture to depopulate the herd, a necessary step to stop the transmission and spread of the affected herd, ODA said.

The department said the disease has occurred in Ohio before but has been able to be eradicated through the depopulation method.

There have been no reported cases of CWD infection in humans, but researchers continue to study its transmission and suggest it is still important to prevent human exposure to the disease, the CDC said.

CDW has never been found in Ohio’s wild deer herd population, according to ODA.