Report: West Salem residents hold burglar at gunpoint after he tried to break into home with pitchfork 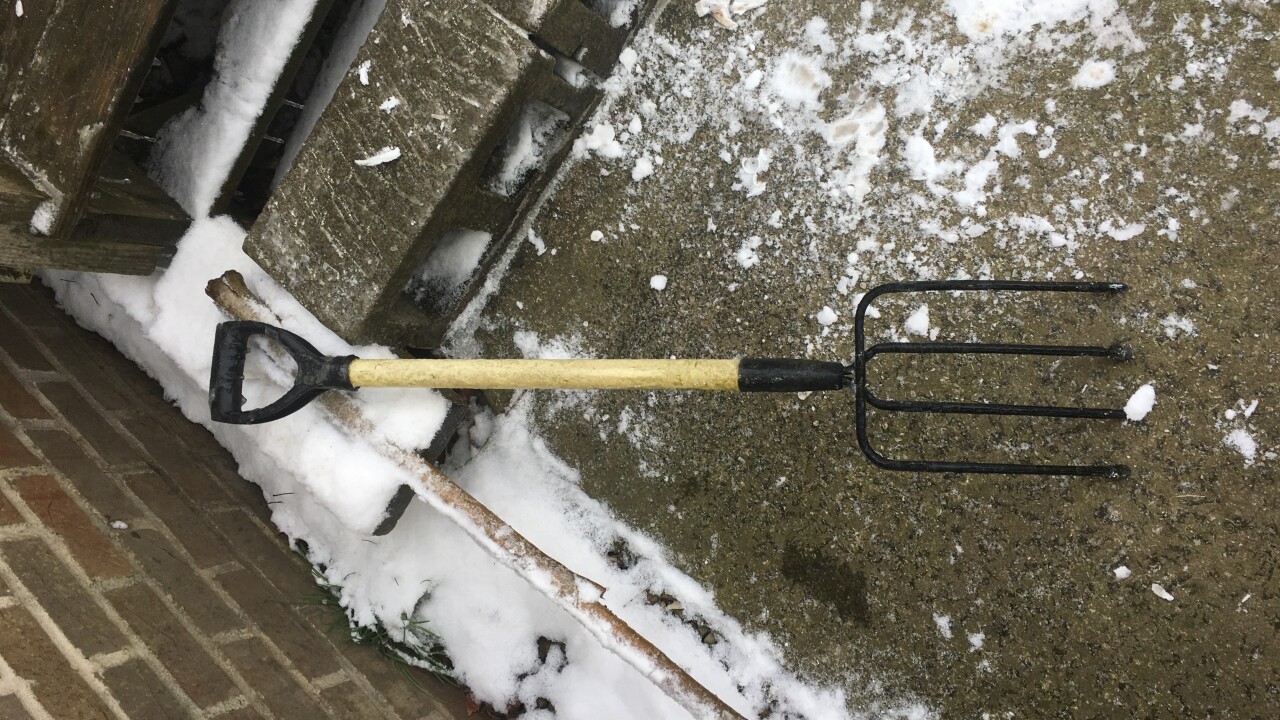 Wayne County Sheriff&#39;s Office
The pitchfork that was allegedly use to attempt to break into a West Salem home.

WEST SALEM, Ohio — A 37-year-old man accused of breaking into several West Salem homes and using a pitchfork to try to break into one home was held at gunpoint by a homeowner Saturday morning until deputies arrived and arrested him.

The suspect was arrested after committing multiple armed thefts and burglaries and causing property damage to several homes in West Salem, according to a report from the Wayne County Sheriff’s Office.

Deputies arrived at a home in the 12200 block of North Elyria Road at about 9:12 a.m. Saturday to find a homeowner holding the suspect at gunpoint, waiting for their arrival, the report states.

Then deputies placed the suspect in handcuffs. The report states that upon searching him, they found a firearm, a crystal-like substance believed to be methamphetamine, a green leafy substance believed to be marijuana, a .380 caliber magazine with rounds inside, a Bushnell Rangefinder, a wallet belonging to a nearby homeowner and an “abundance” of lighters, hand tools, flashlights and knives.

Deputies tracked down the owner of the wallet to a nearby home and returned it to him, the report states. The homeowner said the wallet was in his vehicle, which was likely unsecured. He said that several of the knives found on the suspect were in his garage.

During this process, deputies spoke to another nearby homeowner, who confirmed that several of the items found on the suspect were also his, the report states. That man told deputies that he was awoken by his wife, who said there was a door open on the garage.

The man told deputies he went out and saw that the door to his garage was kicked and damaged.

He began to follow footprints to his neighbor’s house, where he saw another door had been kicked in.

The homeowner said that while waiting for deputies to arrive, he saw a man approaching his garage and assumed it was the thief trying to get back into his garage. He grabbed his handgun and gave chase to the subject. He then held him at gunpoint until deputies arrived.

Officials with the Wayne County Sheriff’s Office then spoke to another nearby homeowner, who said that his wife heard a loud noise and went to the door to see what it was. She said she was greeted by a man with a pitchfork who had broken their storm door glass out and had stabbed the pitchfork into the door in an attempt to force entry into the home.

When the woman asked the man, later identified as the suspect, what he was doing, he responded that this was his house before he took off running. The woman’s husband followed the footprints in the snow and met up with his neighbor, who was chasing the suspect.

Deputies spoke to another neighbor who also noticed damage done to the door of his garage, the report states. He was given a statement to fill out.

Deputies then transported the suspect to Wayne County Jail for booking, the report states. During the booking process, the suspect was upset, belligerent and uncooperative, claiming the deputy placed the handgun on him and bragging that he gets away with crimes.

The suspect was booked on charges including theft, aggravated burglary, aggravated trespass, breaking and entering, carrying concealed weapons, having weapons while under disability, possession of drugs and criminal mischief. News 5 is not identifying him as he does not appear to have been formally charged at this time.