Township trustees voted to put a Dollar General in a residential neighborhood, residents fight back 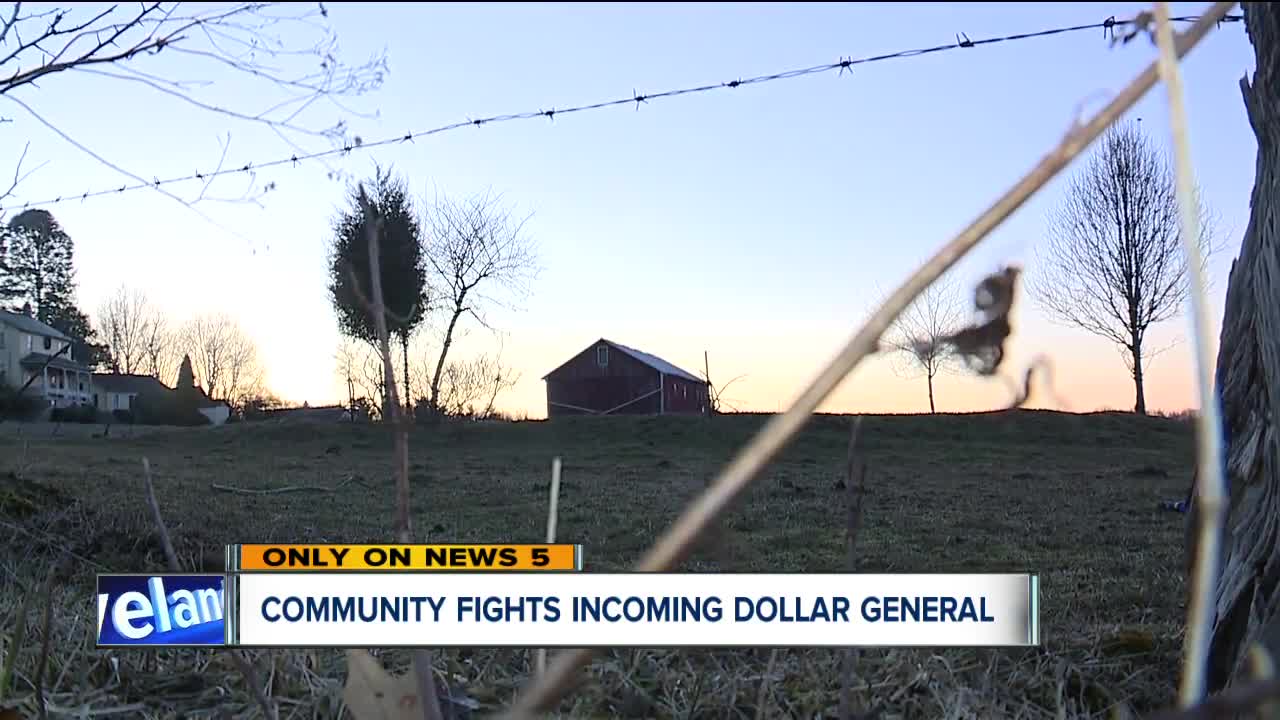 Residents are fired up and ready to fight back after a vote to put a Dollar General store in the middle of a residential area passed. DOYLESTOWN, Ohio — Residents are fired up and ready to fight back after a vote to put a Dollar General store in the middle of a residential area passed.

The vote allows the dollar store to build at 13237 Portage Street in Doylestown.

Right now, it's the site of a local bar.

"A bar is community, people who are coming to a bar, belong to this area, basically, we know these people," said Tom Hammond who lives close to the property. "When you have a Dollar General, especially one that's right next door to a highway, you don't know who you're getting."

The bar was grandfathered in as a commercial property. Once it's torn down, it reverts back to residential.

After two committees agreed that's what should happen, Chippewa Township trustees voted unanimously to go the other direction. They opted to zone commercial and welcome Dollar General.

"The community wants to have a say when they're going to make a change like this," said concerned resident, Harold Rozak.

Rozak and a few other residents got together and started a referendum. If they get enough signatures, the zoning issue instead goes to the November ballot.

"The downtown had experienced a revitalization over the last year and a half, a lot of mom and pop shops and when you look at Dollar generals when they go up, it hurts a lot of small businesses," said Rozak.

In addition to hurting other businesses, Rozak says its overkill. There are 13 other Dollar General stores in a 10 mile radius.

"People live here because they don't want the big box stores," he said.

The Chippewa Township Trustees didn't want to comment on their decision and Dollar General hasn't gotten back to us yet. The bar owner told News 5 he is all for selling his property to Dollar General.