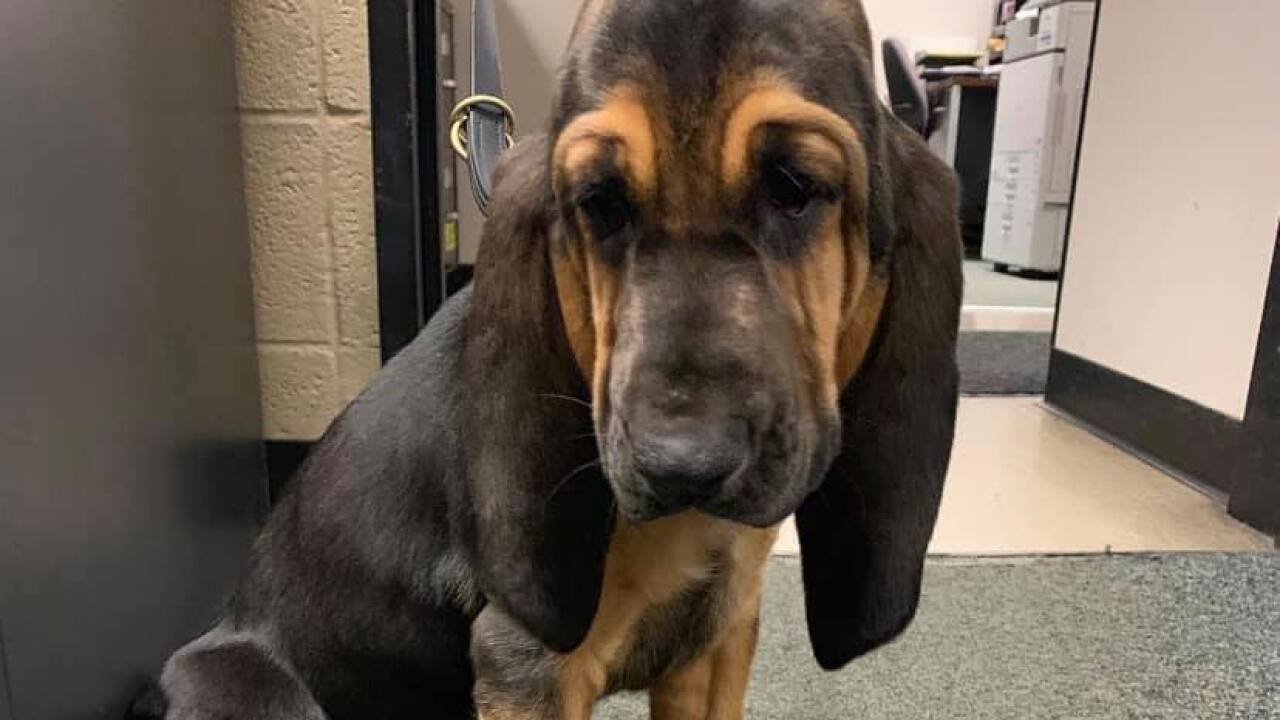 Ellie, a 9-week-old Bloodhound, is the newest member of the Bucyrus Police Department.

A local police department in northern Ohio has introduced a cute four-legged addition to the force—a 9-week-old Bloodhound named Ellie.

Ellie was provided to the police department by the Jimmy Ryce Center, a center dedicated to providing AKC bloodhounds to law enforcement to find abducted and lost children. The center was established by the Ryce family after the rape and murder of their son Jimmy Ryce while on his way home from school.

His handler is officer Amos Wolfe, who was mentored by Lt. Tim Mutchler of the Crawford County Sheriff’s Department. Mutchler has handled bloodhounds as K-9s since 1995.

Ellie will begin training for tracking and after 10 months, she will be certified by the National Police Bloodhound Association.

After training, Ellie will apply her tracking skills to other investigations such as burglary and breaking and entering cases. She joins 7-year-old Harvey, a German Shepherd, and his handler Captain Neil Assenheimer.