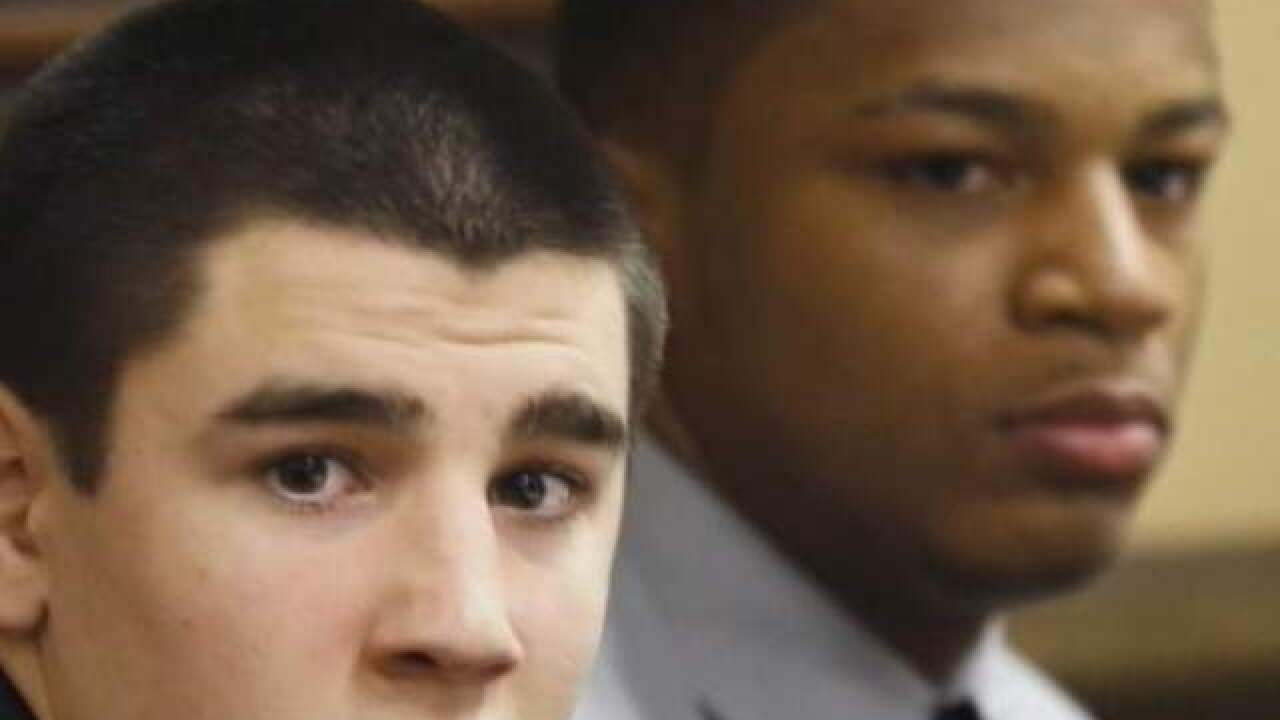 Copyright 2013 Scripps Media, Inc. All rights reserved. This material may not be published, broadcast, rewritten, or redistributed.
WEWS

A Youngstown State University student has started a petition to remove Ma'lik Richmond from the football team, following his conviction in the 2012 rape of a 16-year-old girl in Steubenville, Ohio.

Richmond and former teammate Trent Mays were sentenced to at least a year in juvenile prison in the case that rocked the Rust Belt city of 18,000 and led to allegations of a cover-up to protect the Steubenville High team, which won nine state championships.

Richmond was released in January 2014 after serving a little less than a year of his sentence. He returned to school and the Steubenville football team, according to ESPN.com.

Mays and Richmond were charged with penetrating the West Virginia girl with their fingers, first in the back seat of a moving car after a mostly underage drinking party on Aug. 11, and then in the basement of a house.

Prosecutors argued that the victim was so intoxicated she couldn't consent to sex that night, while the defense contended the girl realized what she was doing and was known to lie.

The girl testified she could not recall what happened but woke up naked in a strange house after drinking at a party.

She said she believed she was assaulted when she later read text messages among friends and saw a photo of herself naked, along with a video that made fun of her and the alleged attack.

The Change.org petition, started by Katelyn Davis, had more than signatures as of Monday afternoon.