Study: Economic impact of GM-Lordstown's idling to be in the billions 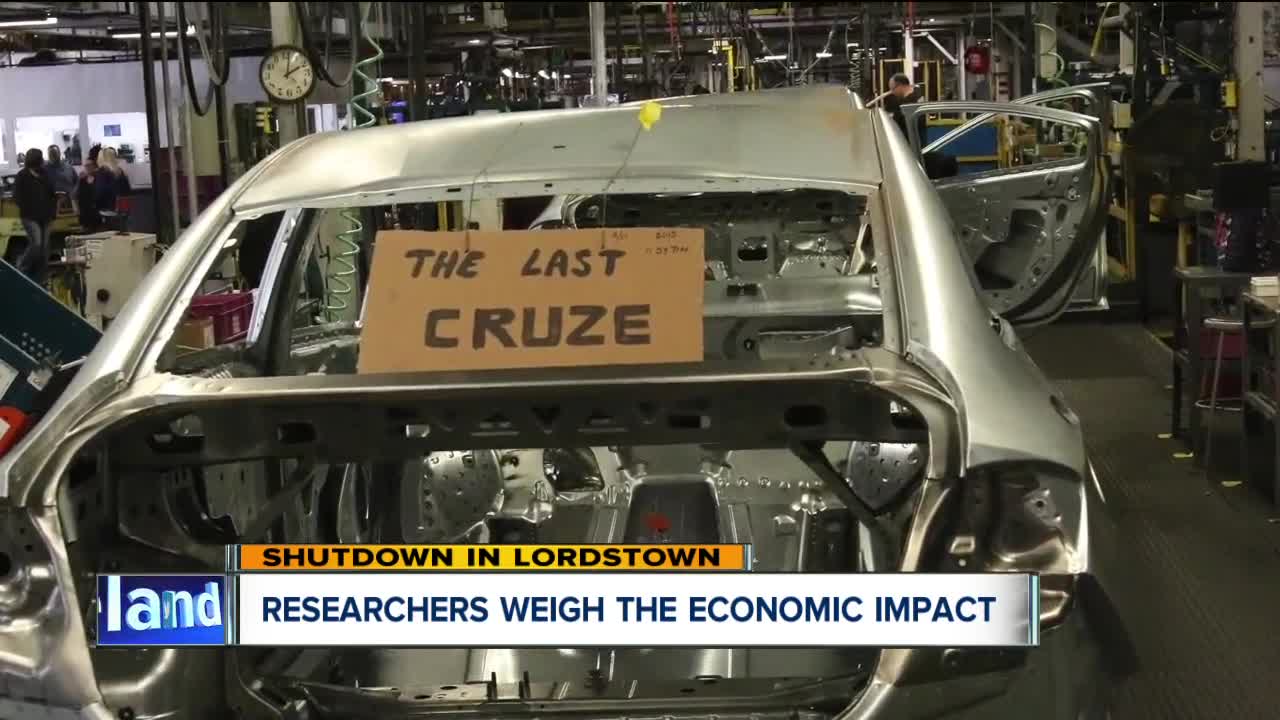 The human impact of the Lordstown General Motors plant going idle cannot be understated, and neither can the impact on the region’s local economy. 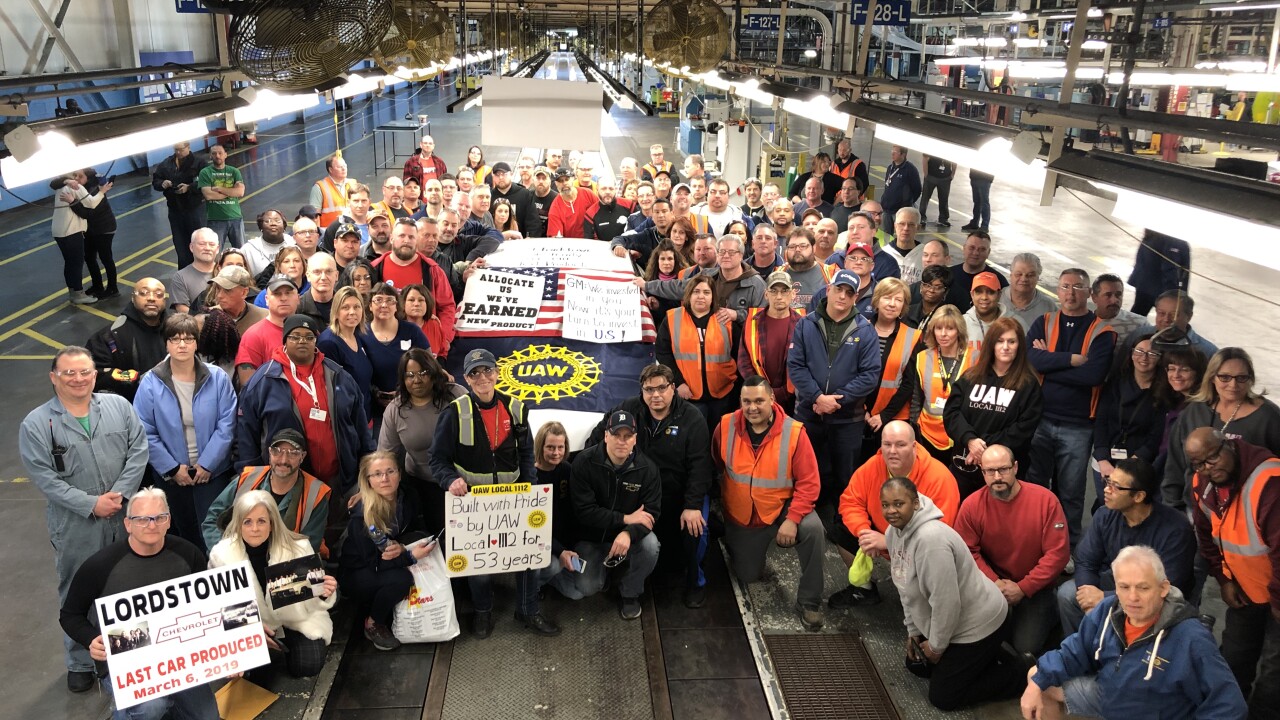 LORDSTOWN, Ohio — The human impact of the Lordstown General Motors plant going idle cannot be understated, and neither can the impact on the region’s local economy. For every four General Motors jobs lost at the Lordstown plant the past two years, two more supply chain-related positions and one more consumer service industry job were also lost, according to a new study conducted by Cleveland State University’s Center for Economic Development.

The study also found that the elimination of the third and second shifts in 2017 and 2018 respectively had an economic impact exceeding $5 billion.

Dr. Iryne Lendel, the director of CSU’s Center for Economic Development, embarked on the study upon hearing GM’s announcement in the fall of 2018 that the Lordstown plant and four others would be unallocated. Despite the continued lobbying efforts of local, state and federal leaders, in addition to officials from UAW, GM’s decision to idle the Lordstown plant remains unchanged.

The final Chevy Cruze rolled off the assembly line on Wednesday afternoon.

“It’s always tough to deliver bad news,” Dr. Lendel said. “Of course, [the findings] do not look optimistic to say the least.”

The study took into account the wages and salaries lost by General Motors workers, employees of GM supply chain companies as well as people working in consumer service industries, which can include anything from restaurants to hospitals to grocery stores. Those consumer service industry jobs are affected because of the significant decline in disposable income.

The Youngstown economy has felt the brunt of mass layoffs before, particularly at GM-Lordstown.

In 2017, GM announced the Lordstown plant would eliminate its third shift production, coming at the cost of 1,200 jobs. The following year, the second shift production line and its 1,500 positions were also eliminated.

According to Dr. Lendel’s study, the elimination of the third shift production line had an economic impact of $2.3 billion and resulted in an estimated 2,200 total jobs, including direct layoffs, supply chain layoffs as well as consumer service industry layoffs.

The study found the elimination of the second shift production line resulted in the loss of more than 2,600 total jobs, which had an economic impact of nearly $2.8 billion. State and local tax income from the elimination of both shifts nearly surpassed $20 million, according to the study.

The job losses and economic impact of GM’s decision will undoubtedly impact the personal economies of thousands of families.

“With the loss of anchor income, each family, which is a small economy, needs to make the decision of are they staying in this area? Are they leaving the area?” Dr. Lendel said. “This is the income that does not go to being spent at local grocery stores, in dentist offices, paying for mortgages, paying for electricity, things like that.”

The cumulative impact of the idling of the GM-Lordstown plant could be even more dire. In the coming years, Dr. Lendel’s study estimates more than 7,700 people will cumulatively lose their jobs. The economic impact is estimated to exceed $8 billion. The collective incomes from those individuals exceeds $1.6 billion, which accounts for more than 10 percent of the Youngstown region’s gross regional product, the study said.

The numbers are undoubtedly difficult to digest as local and regional leaders continue to try to find ways to stave off the negative impact of GM’s decision to idle the plant. Dr. Lendel said there are two major glimmers of hope: the region’s steel industry and petroleum industry are both thriving, with the latter undergoing exponential growth the past five years.

“As an economic developer, I like to look at the glass half full,” Dr. Lendel said. “Some crashes are an opportunity to start something new and to have a new vision for life.”

The study can be found here.