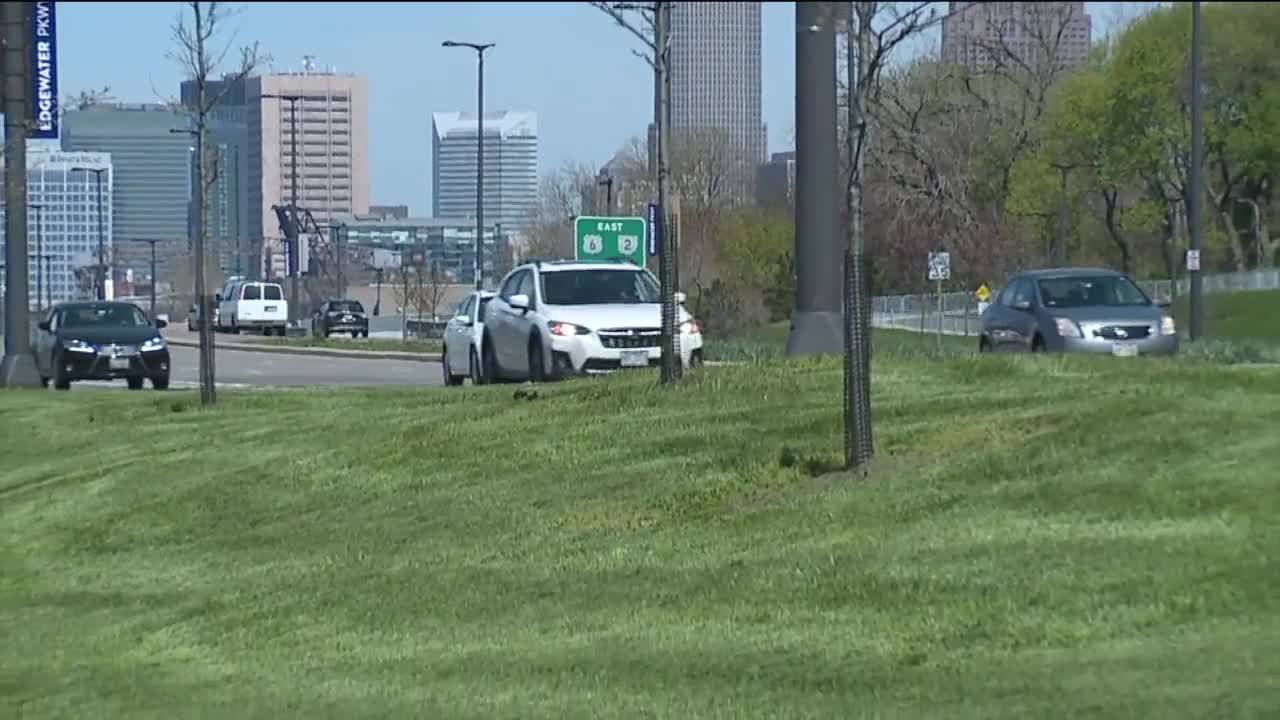 CLEVELAND — If it seems like speeds are up on Ohio's freeways during the COVID-19 pandemic, it's with good reason, according to new research from Ohio State's Center for Urban and Regional Analysis. The study found the average level of speeding has increased in Ohio's three largest cities, and levels of so-called "extreme speeding" have jumped dramatically.

"Once the traffic pressure is off, people can really just let loose," said Harvey Miller, Director of the center.

The study compared traffic data from three weeks in March and April to the same period a year before. It found the number of road segments showing drivers speeding has more than doubled in Cleveland during that time.

"The average speeding level is not going up that high, it's only going up a slight amount," said Miller. "But the extreme levels of speeding, people going 10, 15, 20, 30 miles an hour over the speed limit, we're seeing more of that."

And state numbers reinforce the study's finding. According to Ohio State Highway Patrol numbers from March 23 to May 3, the number of speeding citations has dropped 93% compared to the same period a year ago. But, those same figures show tickets issued for driving 100 or more miles an hour has increased 53% during that period compared to 2019 even as traffic levels have decreased.

"For some people, this is a chance to live some kind of sports car fantasy or live some kind of racing fantasy," said Miller. "It's not a fantasy people should be living. It's very dangerous. Speeding kills, literally."

"If the number of injuries and fatalities are going up with less traffic, or even staying the same, that indicates a problem," said Miller.

The study found average speeds on parts of Interstate 480 near North Olmsted, I-71 in Cleveland, and I-271 Bedford Heights all rose more than 10 miles an hour.

Miller said it's a danger that touches everyone.

Miller believes the study highlights that speeding is a real problem in Ohio, and that increased enforcement is needed even as traffic increases and speeds drop.