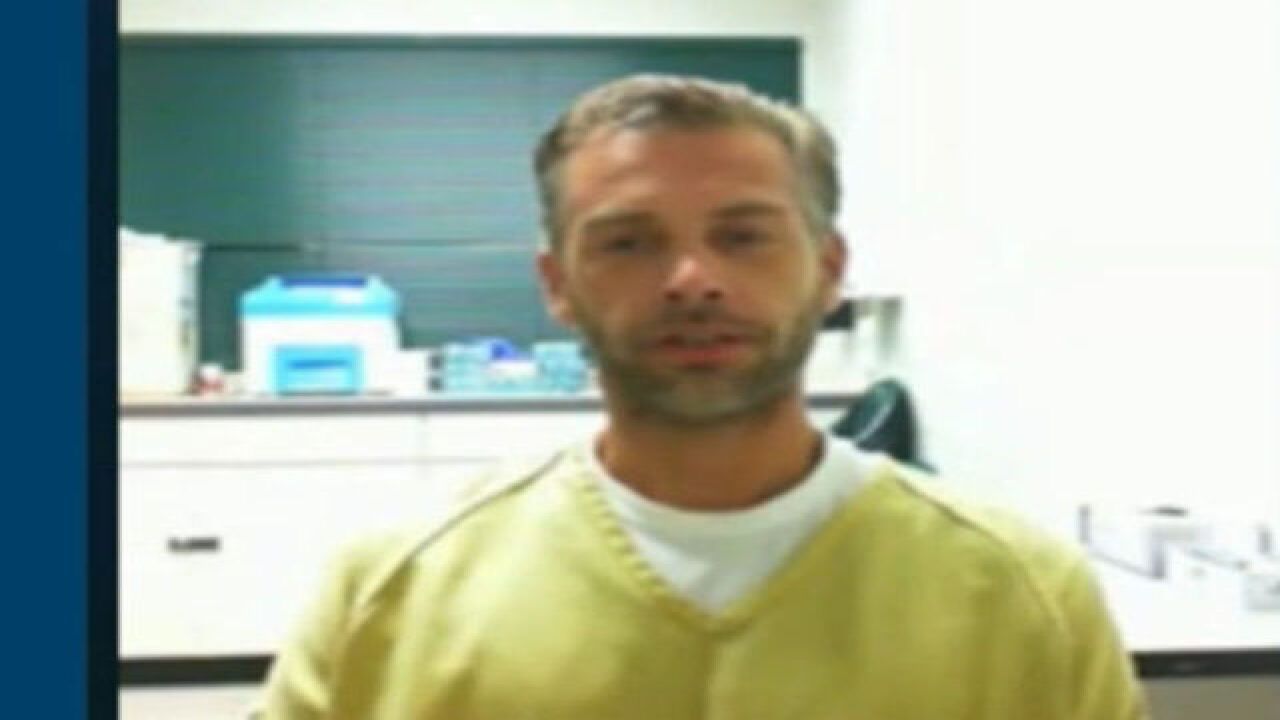 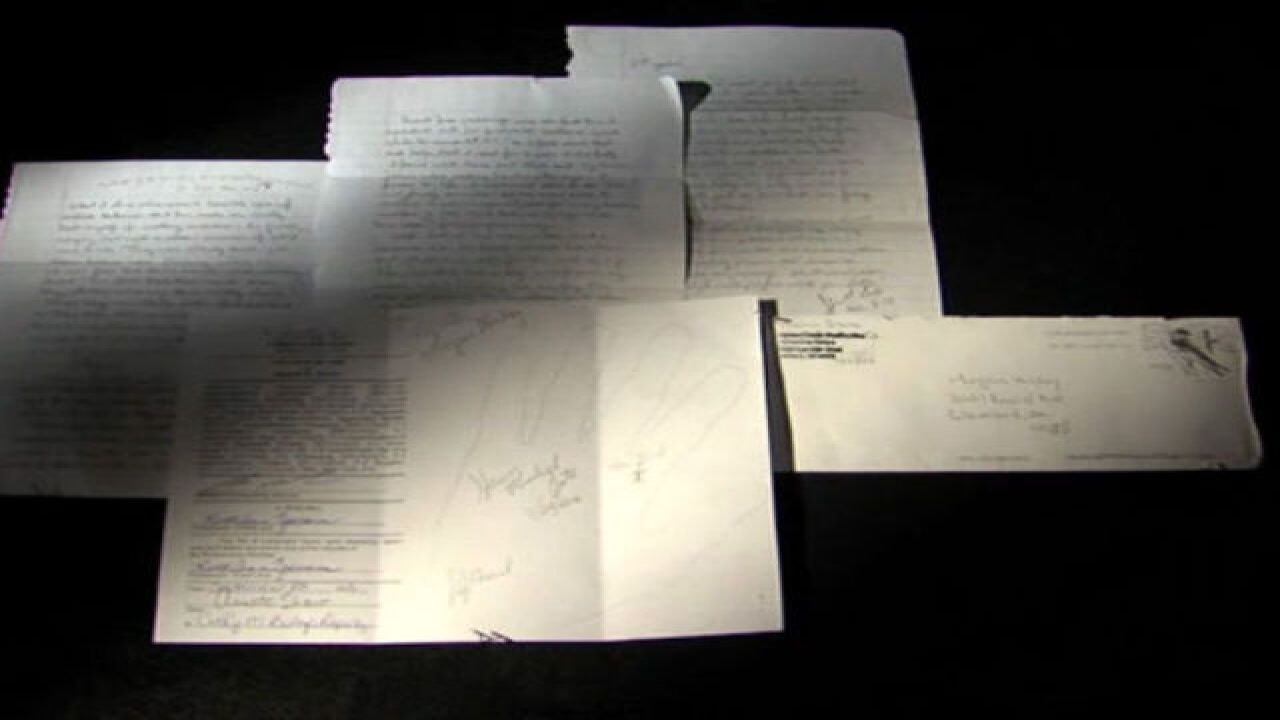 Suspected serial killer Shawn Michael Grate wrote two letters to News 5 Cleveland’s Megan Hickey acknowledging the murders of “all five victims” that he is connected to and providing what he said was the motive for killing them.

Last month, Grate was indicted on 23 counts including aggravated murder in the deaths of Stacey Stanley and Elizabeth Griffith. According to court records, the bodies were found in an Ashland home where a third victim was being held captive by Grate before she was able to call police.

Since his arrest, Grate has been tied to the deaths of three other women found dead in Richland Co., Ashland Co. and Marion Co. Charges have not been filed in those cases.

To verify the authenticity of his letters, Grate included the original copy of his indictment No. 16-CR1-187. The document is complete with original signatures from the Grand Jury Foreperson, Clerk and Assistant Prosecuting Attorney. He addressed the document “To: Reporter Megan Hickey,” traced his left hand, signed the document with his name and dated it September 28.

The letters are written in careful cursive on three sheets of loose-leaf paper. Grate apologized for sloppiness, saying that he wrote the letters with a golf pencil.

Grate’s first letter responded to a request from Hickey asking for an on-camera interview.

“That sounds scary in facing myself even more,” Grate wrote. “The mirror has been enough but having even more questions hitting me straight on could and would only help to understand me better.”

Grate went on to promise that he would eventually share why he committed “a horrible act of violent behavior” and the second letter details what he said to be his motive.

Grate wrote that while in jail, he received “a clear vision of WHY.”

“Never was able to receive any encouragement, though many bodies received 700,” he wrote.

Bible verses from the Book of Revelation and Hebrews are also scattered throughout the correspondence.

Grate acknowledges Stacey Stanley and Elizabeth Griffith by name but does not name “all five victims” and said he’s still working “to gain more knowledge of why.”

“Thank you for your time and concern,” Grate concluded the first letter, “There are many hard working people that deserve answers.”

Because of the sensitive nature of these letters, News 5 Cleveland reached out to family members of both Stacey Stanley and Elizabeth Griffith before the story aired.

Upon receiving the letters, News 5 immediately reached out to the Ashland County Prosecutor’s Office and asked to share the letters with the prosecutor in case they could be used as evidence in the case. Support staff answering the phones declined a request to speak with the prosecutor, even off camera, and said the office did not care about the letters or what they said.

“Do what you want with the letters,” a member of the support staff said over the phone.

In a subsequent email, Special Assistant Prosecuting Attorney Mark Weaver told News 5 that support staff is not authorized to speak to the press.

“If you have evidence or letter from Shawn Grate that you want to provide to law enforcement, please submit copies to our office and we will review them for potential use in prosecution,” an email said.