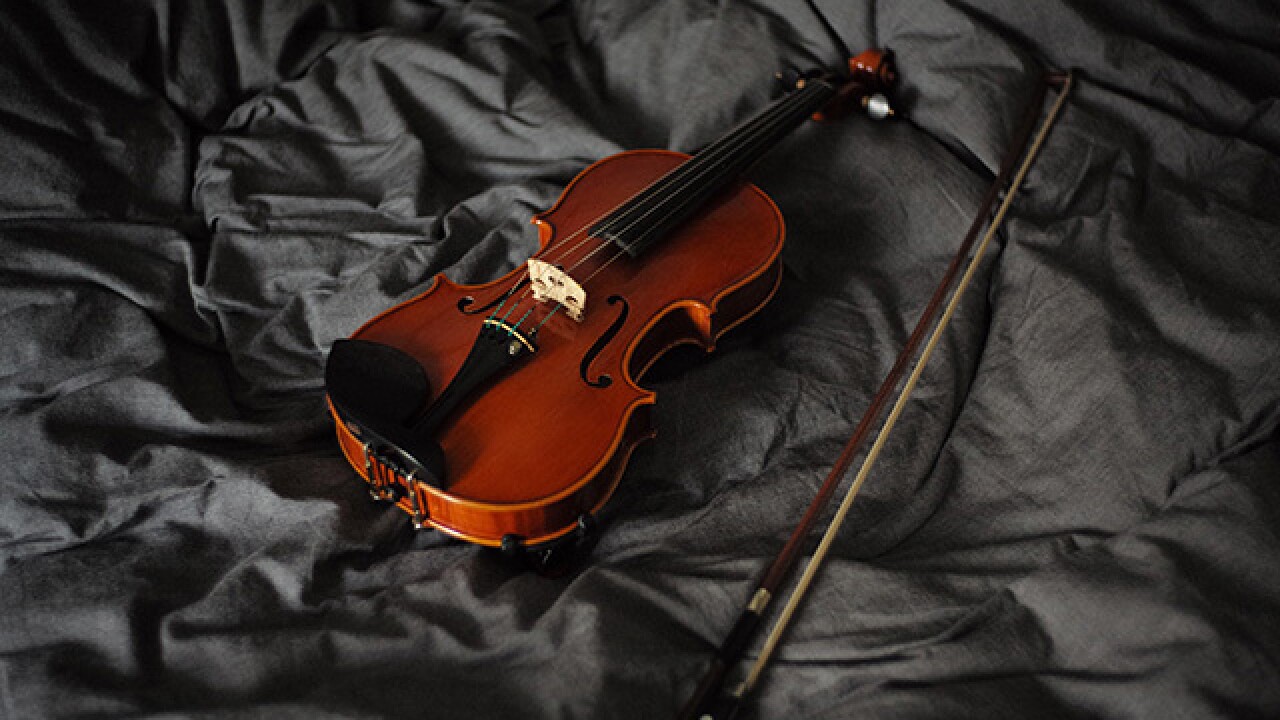 Copyright 2018 Scripps Media, Inc. All rights reserved. This material may not be published, broadcast, rewritten, or redistributed.
<p>Stock image of violin and bow. Image by <a href="https://unsplash.com/@fatbird2333">Jixiao Huang</a> via Unsplash.com.</p>

Five juveniles were arrested in connection with the theft of a violin and bow worth an estimated $38,000 from a member of the Cleveland Orchestra last week. The victim told News 5 the stolen car with the violin inside has been recovered.

On Thursday, July 26, Cleveland police responded to a home on West 54th Street in connection with a man being held at gunpoint, according to a police report. The man told police that three young men robbed him at gunpoint.

The victim said that after the suspects asked to use his cell phone, two of them "bum-rushed" him and pinned him against a wall, the report states. The victim told police one of the suspects then struck him in the back of the head with a pistol and demanded keys to the vehicle. The suspect then grabbed the keys from the kitchen, and eventually found the vehicle in the garage. The suspect then drove off while the other two suspects fled on foot.

The man told police that his fiancé’s car was taken by one of the suspects. In the back seat of the car was a “Karinkata” violin worth $18,000 and a “Voirm” violin bow worth $20,000, the report states. The fiancé said both items are used on a daily basis while playing with the Cleveland Orchestra.

On Saturday, July 28, while on routine patrol, a couple of Cleveland police officers noticed a car driving with no headlights on, according to the report. The officer performed a traffic stop, ran the license, and saw that it came back as the vehicle stolen from the victim on Thursday. The car’s five occupants were removed and detained in separate police cars.

Police found a black handgun sitting on the floor of the car between the feet of one of the back-seat occupants, the report states.

Two of the juvenile occupants of the car admitted to police that they took part in the home invasion on Thursday, authorities said in the report. They told police they pistol-whipped both victims, chased one of them up onto the roof, and stole a Playstation 3, cell phone and car keys from the home. The offenders said a third man, who was not in the vehicle, assisted them in the home invasion and robbery.

The offenders said that two of the occupants in the car were not involved in the robbery and were picked up at a party earlier in the evening.

Another car occupants allegedly the offenders with the gun they used during the robbery, which authorities said makes him complicit in the crimes. He was also allegedly waiting in the getaway vehicle while the robbery was happening.

The vehicle was towed to a nearby lot. The victim told News 5 that the car that was stolen with the violin inside it has been recovered.