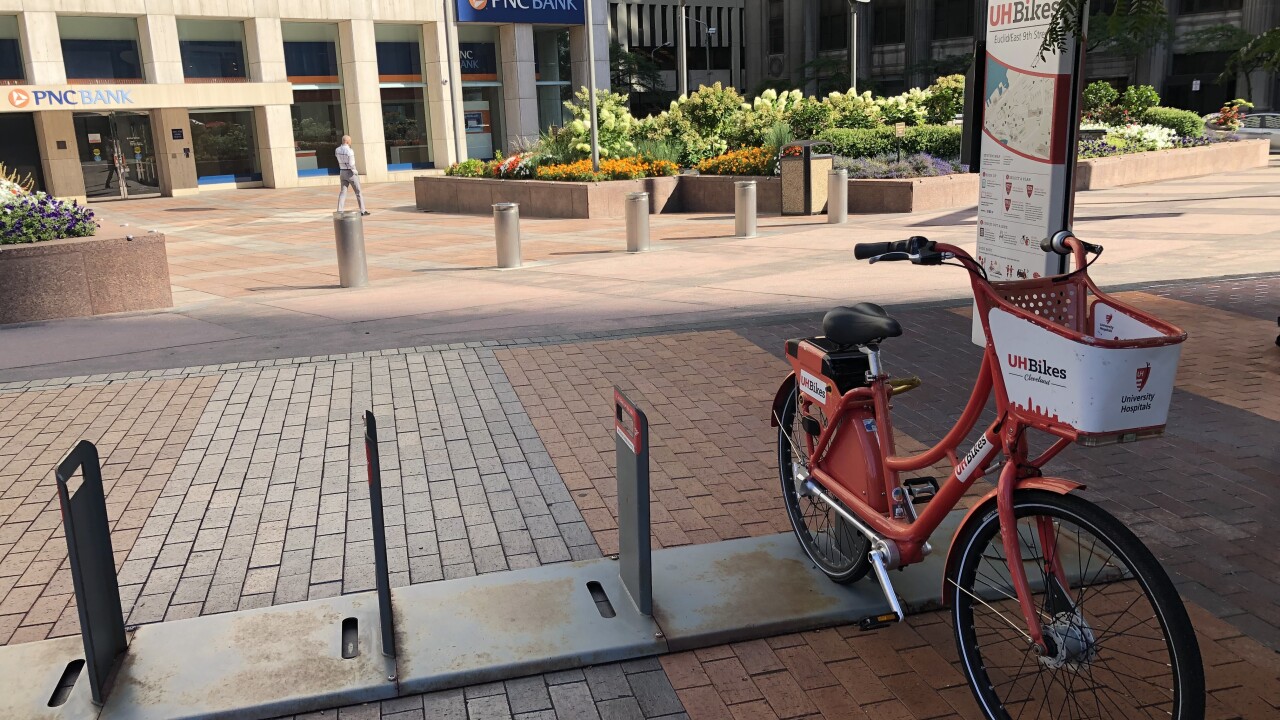 Cleveland will get its next update on what used to be called the “UH Bike Share” program at some point in June, according to CycleHop, the company that runs the program.

Before the coronavirus pandemic, CycleHop told News 5 it planned to unveil new ride-share bicycles in the spring.

One aspect of the bike program that will definitely be different is the title sponsor. University Hospitals had been the sponsor of the program since May 2016, when the program planned to launch in July 2016 in time for the Republican National Convention.

When the bikes were removed late in 2019, UH told News 5 it would no longer be the sponsors when the program returns.

We have notified Cycle Hop that we are concluding our sponsorship of its bicycles. We supported the launch of their bike-sharing program in Cleveland and established it through our sponsorship over three years. The notification allows Cycle Hop to pursue a new sponsor.

That came after riders noticed a shortage in the bikes at their stations around Cleveland.

CycleHop blamed the problems on another company, Social Bicycles, in a statement to News 5.

UHBikes has been experiencing some technology related issues due in part to outdated bicycle controllers operating on an older communications platform. The number of available bikes fluctuates daily due to connectivity and power issues. The technology was originally provided by Social Bicycles, who recently decided to discontinue this older product version.

CycleHop, the current operator of UHBikes plans to upgrade the system with new bikes, powered by HOPR, by next spring. We are doing our best to support the old technology and are working on a temporary fix to the problem, we apologize for any inconvenience this may have caused customers.

CycleHop was not able to provide any information about what the new bikes will look like or who the new sponsor will be ahead of its update promised for June. You can see what some of HOPR's bikes look like here.

The City of Cleveland has requested that all ride-share scooter and bike companies keep their devices out of the city during the coronavirus outbreak. The mayor’s office told News 5:

The City will evaluate conditions when businesses reopen and establish a process by which to reintroduce shared mobility devices. We are in communication with representatives at various scooter companies and will advise them as decisions are made by the administration regarding the responsible redeployment of the devices. Scooter companies have been asked not to redeploy until they receive specific direction from the City. Due to the pandemic all active scooter companies in Cleveland voluntarily pulled their devices off the streets in mid- to late March. The City has requested that they do not reintroduce them until they receive permission.