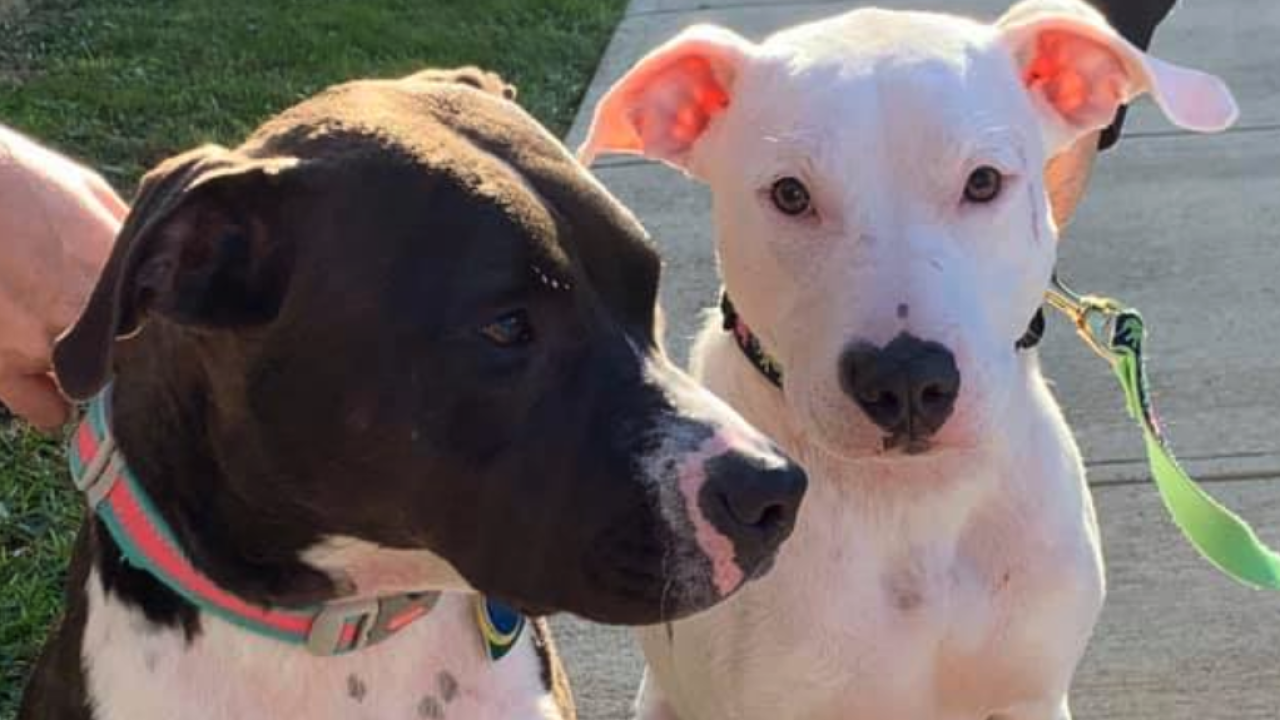 In January, the Lake County Humane Society took in a litter of puppies, including two sisters named Matilda and Nell. The puppies were so adorable they were all quickly adopted and sisters Nell and Matilda were separated as they left for their forever homes, the shelter said.

A few weeks ago, the woman who adopted Matilda went to pick her up from “puppy school” and noticed Matilda was playing with a dog that looked similar to her.

Matilda’s owner learned that she had been bonding and playing with Nell, the sister she came into Lake County Humane Society with.

Matilda and Nell play, snuggle and nap together all the time at the puppy school, according to the shelter.

While they spent some time apart in their loving new families, now that they’ve found each other it’s as if they never parted.