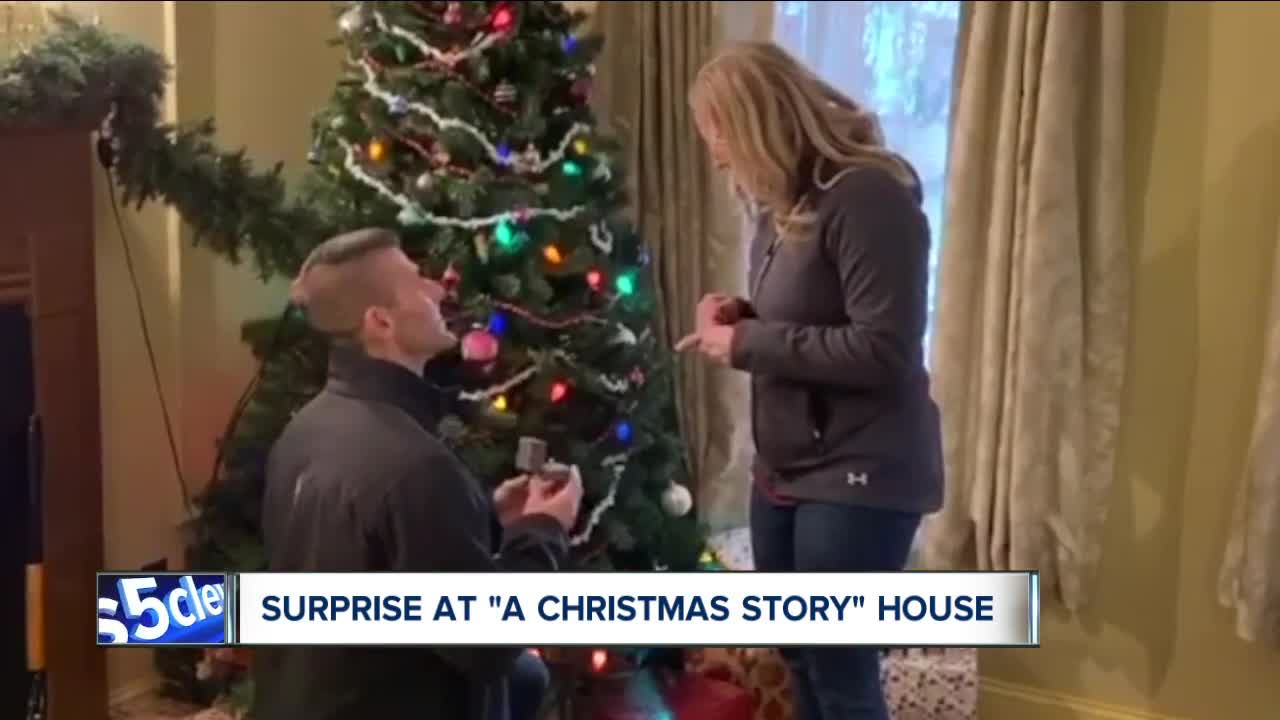 Thousands of people travel to Northeast Ohio every year to visit A Christmas Story House. 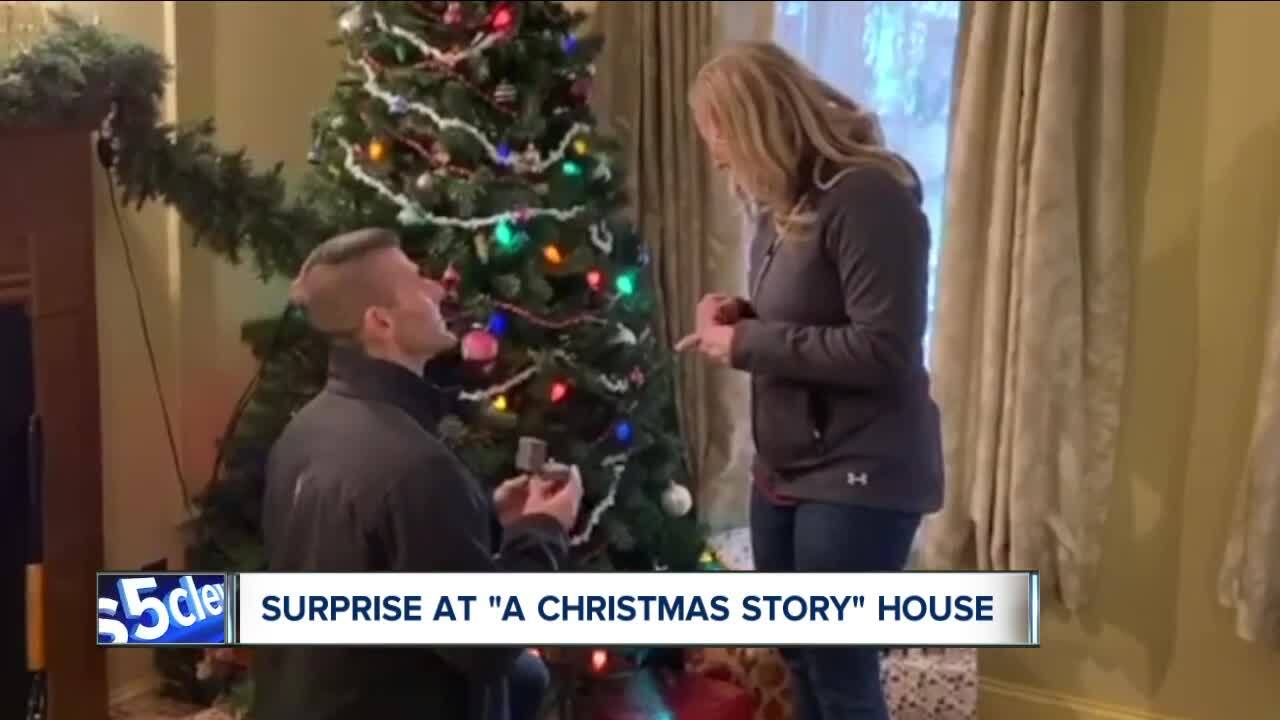 The museum, located in Tremont, showcases actual props and relics from the Christmas classic.

Many people are familiar with little Ralphie’s request for the “official Red Ryder carbine action, 200-shot, range model air rifle with a compass in the stock and this thing that tells time.”

Clevelander Joe Craig is a longtime fan of A Christmas Story.

“I see this movie every year on TV,” Craig said. “It’s one of my favorite movies.”

Tour guides say Craig is now winning “a major award” for the most memorable engagement proposal of 2019.

“That’s one of those stories where it’s gonna make you go, ‘Awww,’” Ernie Scales said.

Craig and Daneen Ruggieri have been together for almost three years.

The native Ohioans have differing opinions about their favorite scenes from the movie.

“When the one little kid gets his tongue stuck on the pole at school,” Ruggieri said.

Like Flick with his tongue stuck to the flagpole, Ruggieri was speechless when Craig dropped to one knee and asked for her hand in marriage while they were touring the house.

“All the sudden we got in front of the tree and everyone was kind of standing in weird positions,” Ruggieri said. “And next thing I know he asked me to marry him.”

The couple says the proposal will prompt new family traditions related to the film.

The pink nightmare may be out of the question for Craig and his groomsmen.

“I wanted to get the bunny suit but I’m not allowed to get married in that apparently,” Craig said.

“We’re going to have to constantly always watch this movie on this day,” Ruggieri said. “It’s something I want to keep as a tradition for us.”

The couple plans to return to the house to take engagement photos.

Check out the website for holiday hours and deals here.