HALFTIME LIVE: News 5 sports reporters break down the first half of the Browns-Jaguars game
NewsMade Us Smile 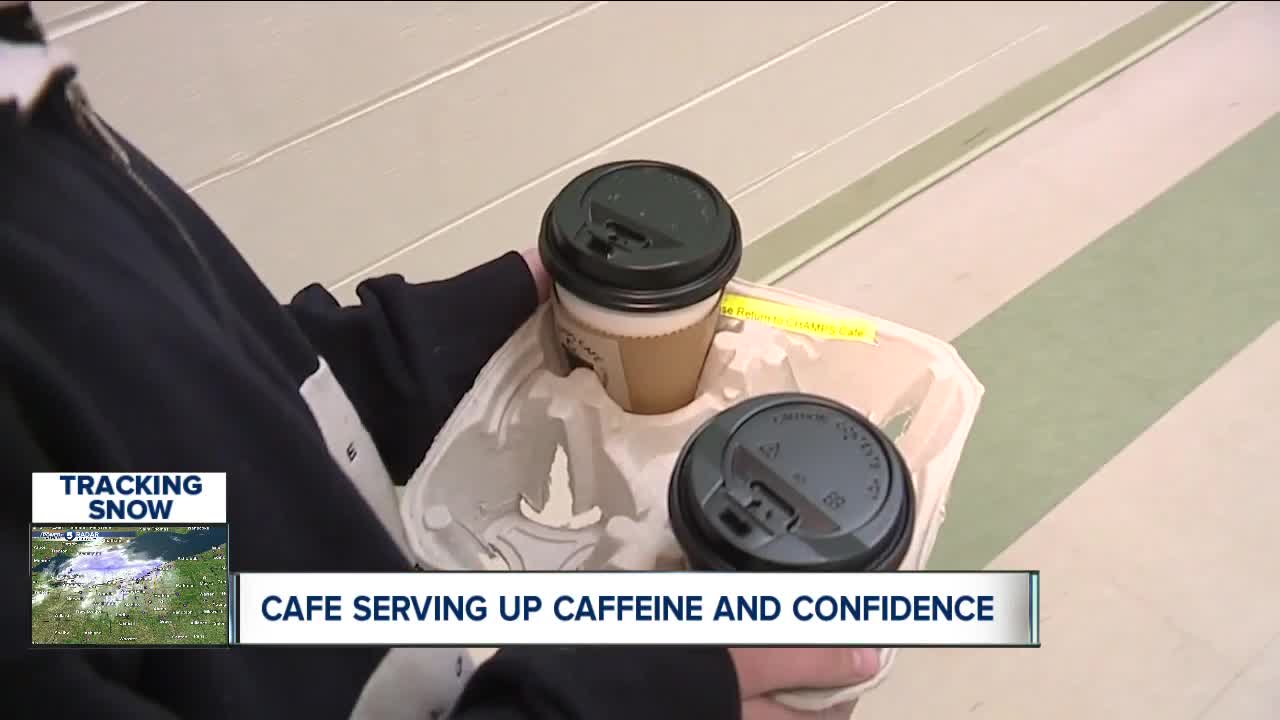 In Lakewood, people are lining up outside one hidden gem that’s giving students with special needs the courage they need to be successful. LAKEWOOD, Ohio — Many of us need an extra caffeine push to power us through the day.

In Lakewood, people are lining up outside one hidden gem that’s giving students with special needs the courage they need to be successful.

One mother even says the café literally helped her son find his voice.

CHAMPS Café serves up coffee with a double-shot of confidence on Friday mornings.

The CHAMPS program, short for Children Achieving Multiple Pathways to Success, is a pre-vocational initiative at Horace Mann Elementary that employs students with physical and intellectual disabilities.

Student baristas like Max Wallace greet their customers with a tall cup of enthusiasm.

Max and his classmates work behind the counter while taking orders, managing inventory and counting change.

“They blow us away. I mean, they can do it,” Cristina Smith said, “And their eye contact and they’re communicating.”

Smith is a teacher at Horace Mann Elementary and said the café is funded by a grant from the Lakewood Rangers Education Foundation.

But it takes more than just caffeine to run CHAMPS Café – it takes money.

“We’ve got some Keurigs and the little cart,” Smith said.

Max Wallace’s mother Erin was inspired to find a creative way to raise money for the program: “Mommy’s going run the Cleveland Marathon!”

Erin Wallace said her son’s unfiltered sense of self is fueled at CHAMPS Café.

She said running 26 miles pales in comparison to the 180-degree change she’s witnessed in Max’s disposition.

Max has attended speech, occupational and music therapy classes for years, but Wallace said working behind the counter has forced her son out of his shell.

“At Thanksgiving you served everyone waters, you cleaned up plates,” Wallace said. “He just likes to do that kind of stuff.”

“The fact that he plays CHAMPS Café at home is heartwarming, yes,” Kotansky said, “But as a speech therapist, wow. Home carry-over - it’s fabulous.”

Teachers who lead the program see no ceiling for their students.

“These kids have so much potential,” Smith said.

Maureen Crane drives her students to learn the skills necessary to live an independent life.

“It gives them a goal of, ‘I can have a job when I get older. I can take care of myself and maybe live away from my parents,’” Crane said.

Max is just one student who has quickly tapped into his abilities while serving Friday morning favorites and breaking barriers beyond the hallways of Horace Mann Elementary School.

CHAMPS Café is open to the public two Fridays a month at 1215 W Clifton Blvd. Keep up with hours of operation on the organization’s Facebook page.

If you wish to contribute to Erin Wallace’s marathon fundraiser for CHAMPS Café, visit her online site and follow her progress.