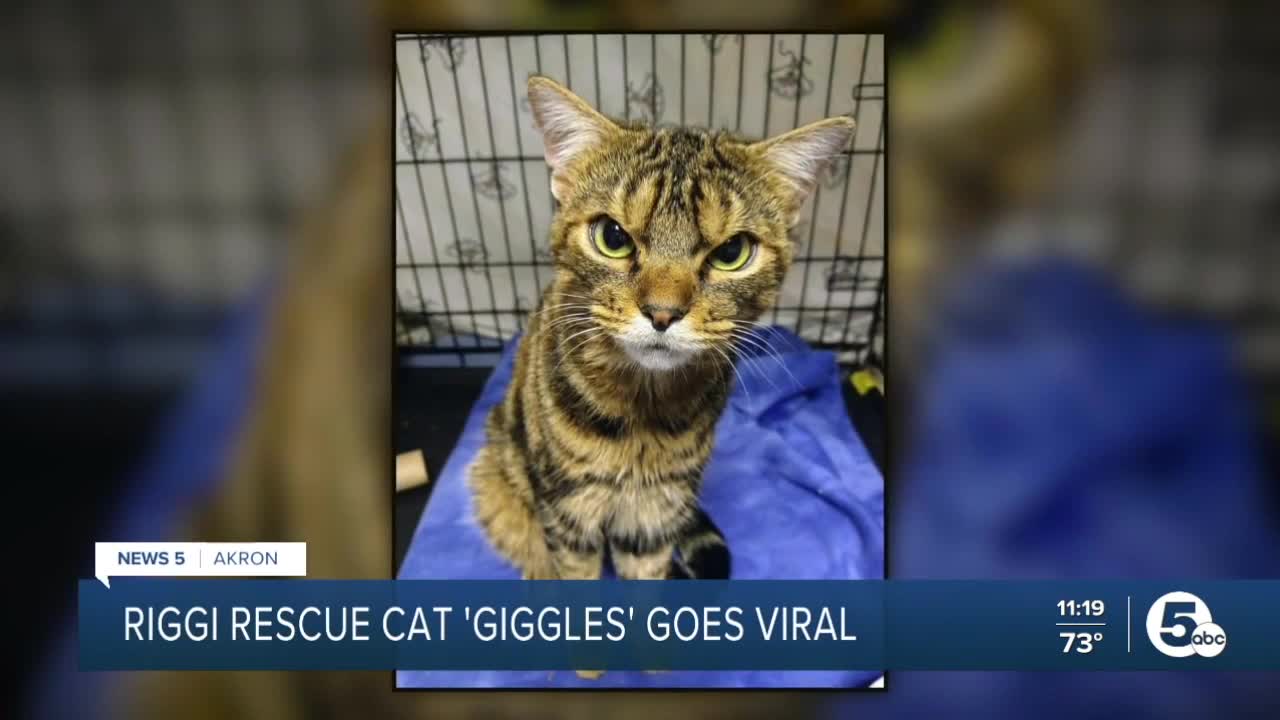 A cat at a Streetsboro rescue went viral for his unique appearance and a name that contradicts his permanent expression. 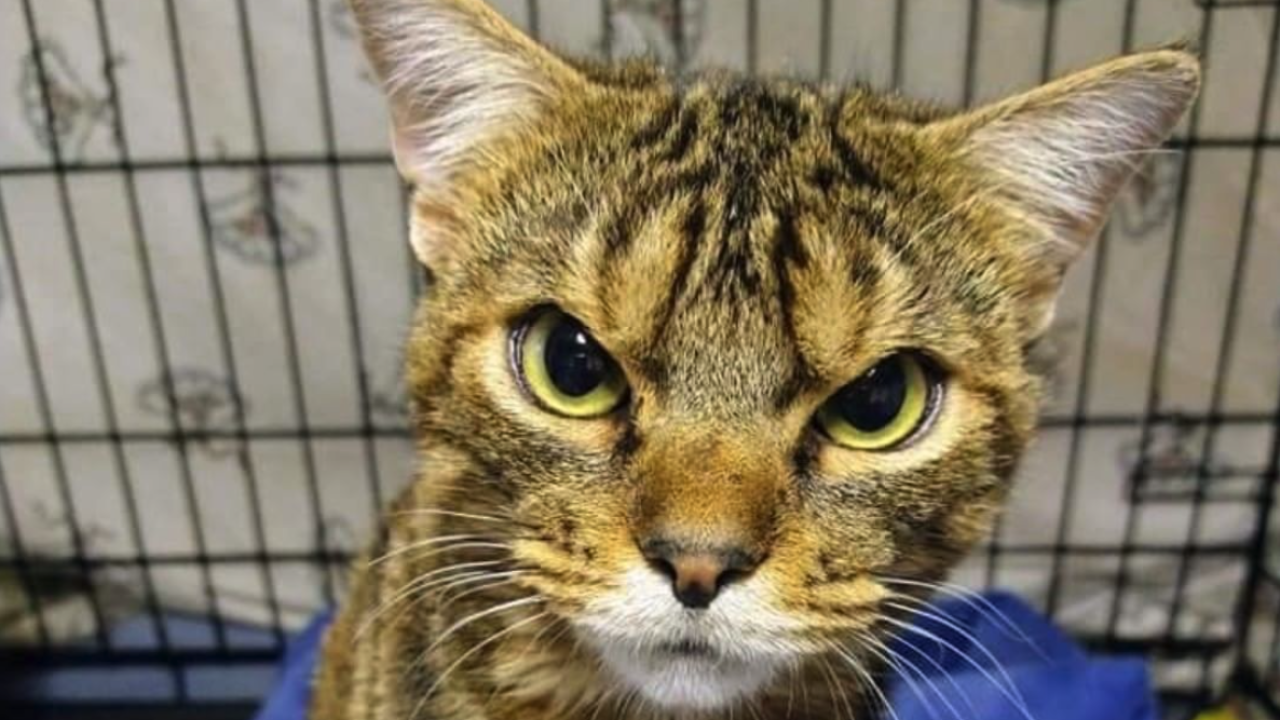 STREETSBORO, Ohio — A cat at a Streetsboro rescue went viral for his unique appearance and a name that contradicts his expression.

Giggles was searching for a forever home at Riggi Rescue after being picked up while roaming the streets for what the shelter assumes was a good amount of time. He had many ticks, he was not neutered, and had a bite wound from a cat fight, the shelter said.

In an attempt to find him a new home, Riggi Rescue posted several photos of Giggles. They spread like wildfire, and for good reason—the cat with the cheery moniker doesn’t look so cheery.

Although Giggles may appear to be grumpy, the shelter said he was very happy in the pictures and his permanent scowl is just a unique trait of the “sweetest boy.”

Just three days after the shelter shared the photos of Giggles, the post has been shared more than 13,000 times—and the comments were flooded with people looking to adopt the adorable feline.

Riggi Rescue said on Tuesday that Giggles had a good home lined up for him and was gearing up to head to his forever home.