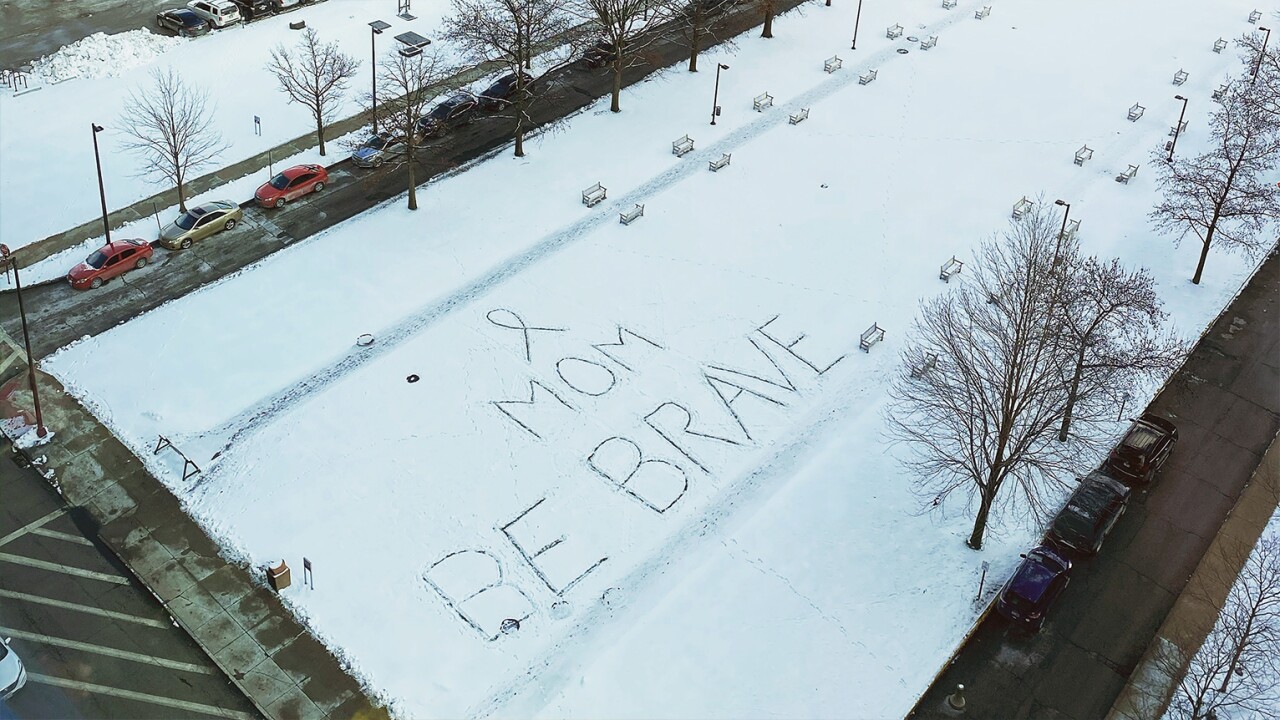 “Mom Be Brave” — the simple message that inspired thousands across the world last week — was written in the snow outside Cleveland Clinic by a woman to raise her mother’s spirits as she fights a brain tumor.

On Tuesday, Cleveland Clinic posted a Facebook video telling the story behind this viral message.

Michele Schambach is from Guatemala and last year was diagnosed with stage 3 Oligodendroglioma, a fast-growing brain tumor. Her doctor recommended that she travel to Cleveland Clinic to see Dr. Gene Barnett.

Her family wanted her to receive the best care she could, so in October of last year, she traveled to Cleveland Clinic for her first round of chemotherapy and radiation.

When Michele returned for a follow-up visit in February, she was disappointed by her low blood counts.

Her daughter, Dr. Marie Schambach, had never seen snow before. To raise her mother's spirits, she carved out the touching message in giant letters in the snow below a depiction of the cancer awareness ribbon.

Facebook posts and tweets about #MomBeBrave since the message was first seen last Friday have since been shared thousands of times across the country.

Both Michele and Marie are truly touched by the outpouring of support they've received.

RELATED: 'Mom Be Brave' - someone created a massive, touching message in the snow beside Cleveland Clinic