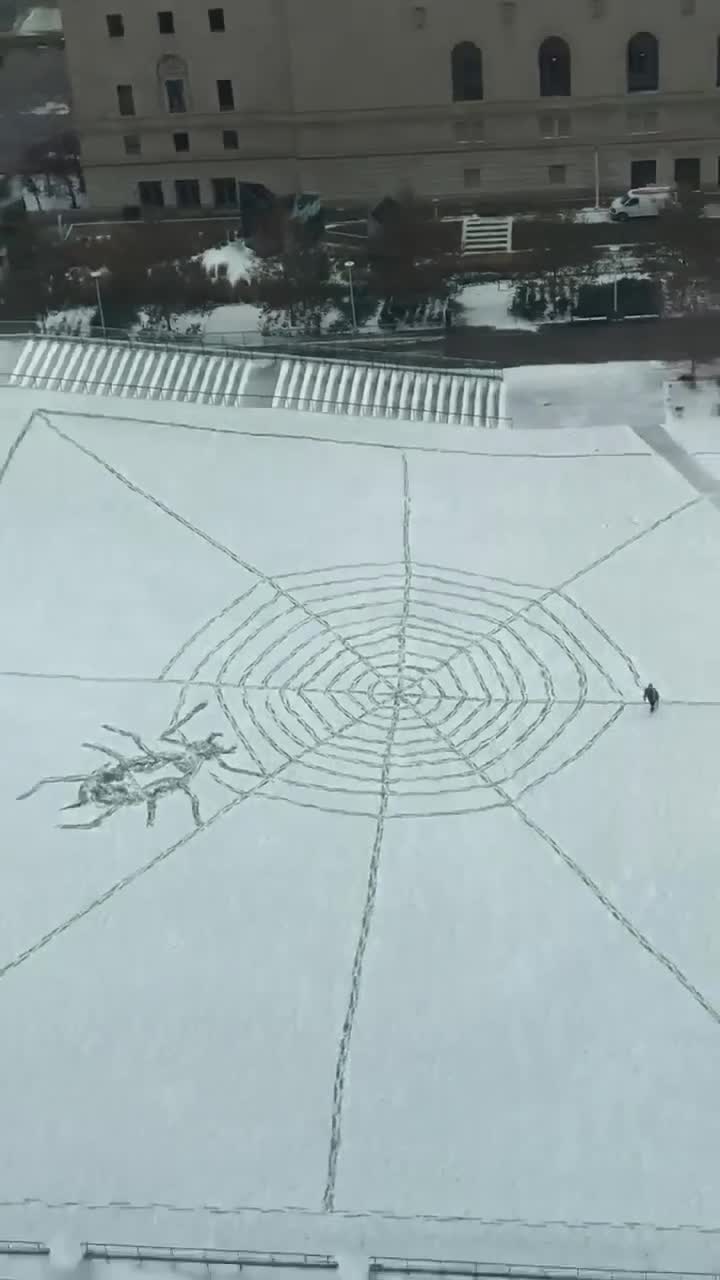 An unknown man decided to spend his time Tuesday morning walking around Mall B in Downtown Cleveland, carving a massive image of a spiderweb in the snow while Scott Halbrook filmed the process and went viral on Facebook. 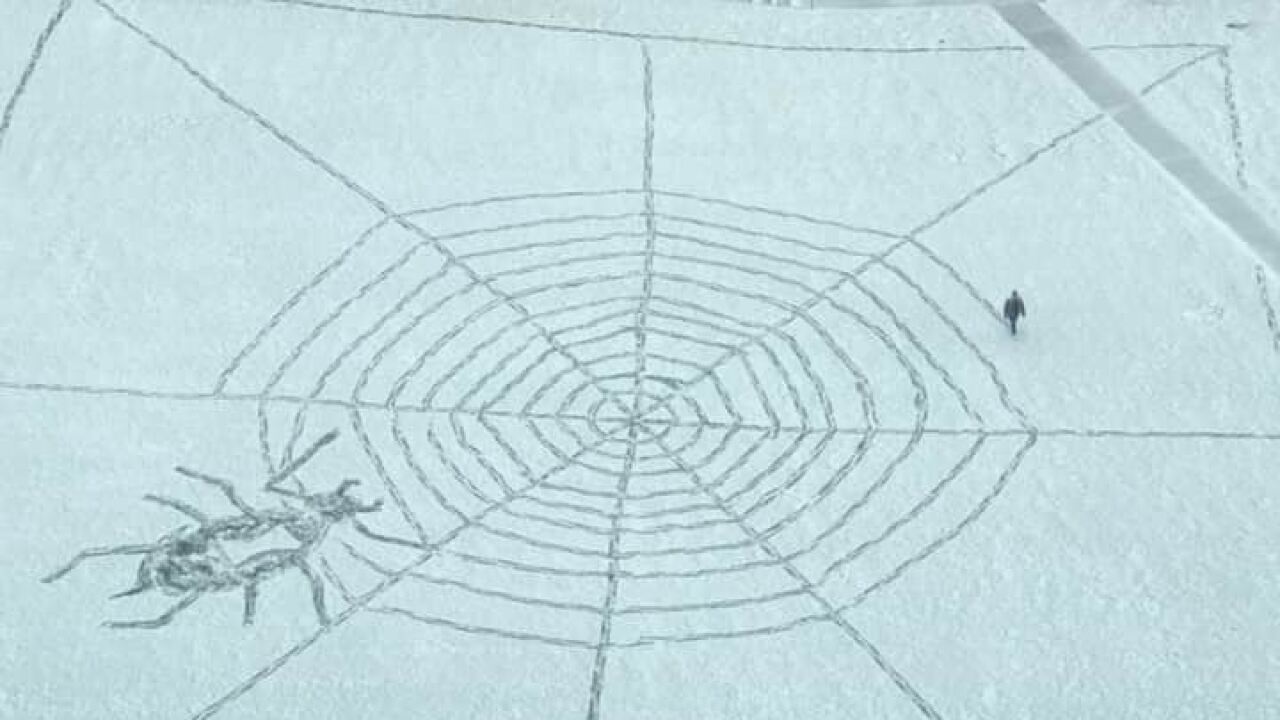 CLEVELAND — The first snow of the season blanketed Downtown Cleveland with white, leaving Mall B a blank canvas for one random person who’s not quite ready to stop celebrating the last major holiday.

Scott Halbrook was staying on the 20th floor of the Hilton Cleveland Downtown when he happened to spy an unusual sight across the street: a solitary person was walking around the lot, weaving a massive spiderweb in the snow, one footstep at a time.

Tom Holland is in town shooting the next Russo Brothers film; perhaps this unknown snow artist was hoping to ensnare the “Spider-Man” star in his winter web.

The web was complete with a black widow (not of the Johansson variety), and the words “Happy Halloween” carved onto the side of the snowy canvas. It’s November 12, but who’s counting?

As of Tuesday afternoon, Halbrook’s video on Facebook is arguably viral with nearly 400,000 views and 22,000 shares.

Whoever you are, congrats - your Cleveland-wide web now spans the world wide web.