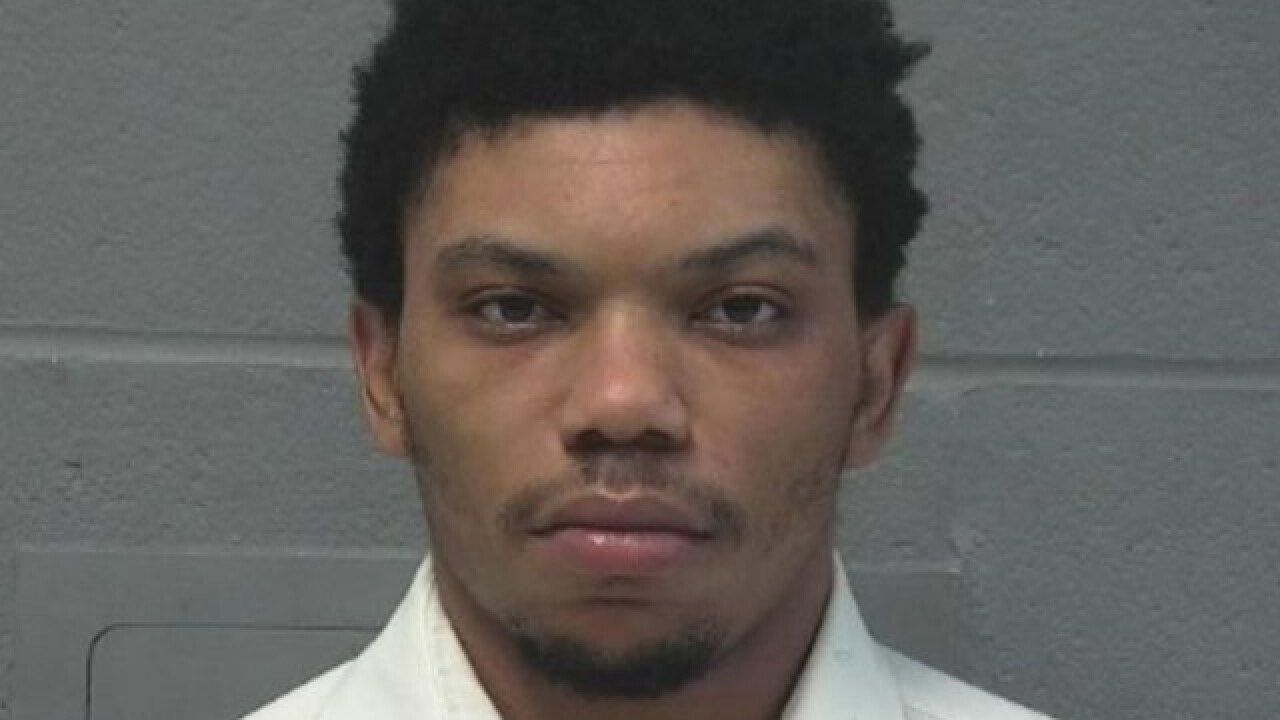 Copyright 2018 Scripps Media, Inc. All rights reserved. This material may not be published, broadcast, rewritten, or redistributed.
<p>Deshawn Dowdell, 23, of Mansfield.</p>

A 23-year-old man was arrested by police after he fell through a ceiling during a search at a Mansfield apartment on Wednesday morning.

Deshawn A. Dowdell, 23, is charged in the connection with the April 8 shooting death of Terrence Travon Harris, according to the Mansfield News Journal.

Police executed a search warrant at an apartment in the 300 block of Wood Street in Mansfield. When officers arrived, Dowdell refused to answer the door, according to police.

Officers eventually entered the apartment and found an attic panel had been removed and insulation was noticeably falling from the ceiling.  Officers gave verbal commands while other officers held a perimeter outside the apartment building, according to the report.

Dowdell refused to comply with the police and was stunned by a taser, according to the report.

He was taken to OhioHealth Mansfield Hospital for a medical evaluation before he was transported to the Richland County Jail.

Dowdell's next court appearance is scheduled for Sept. 19.