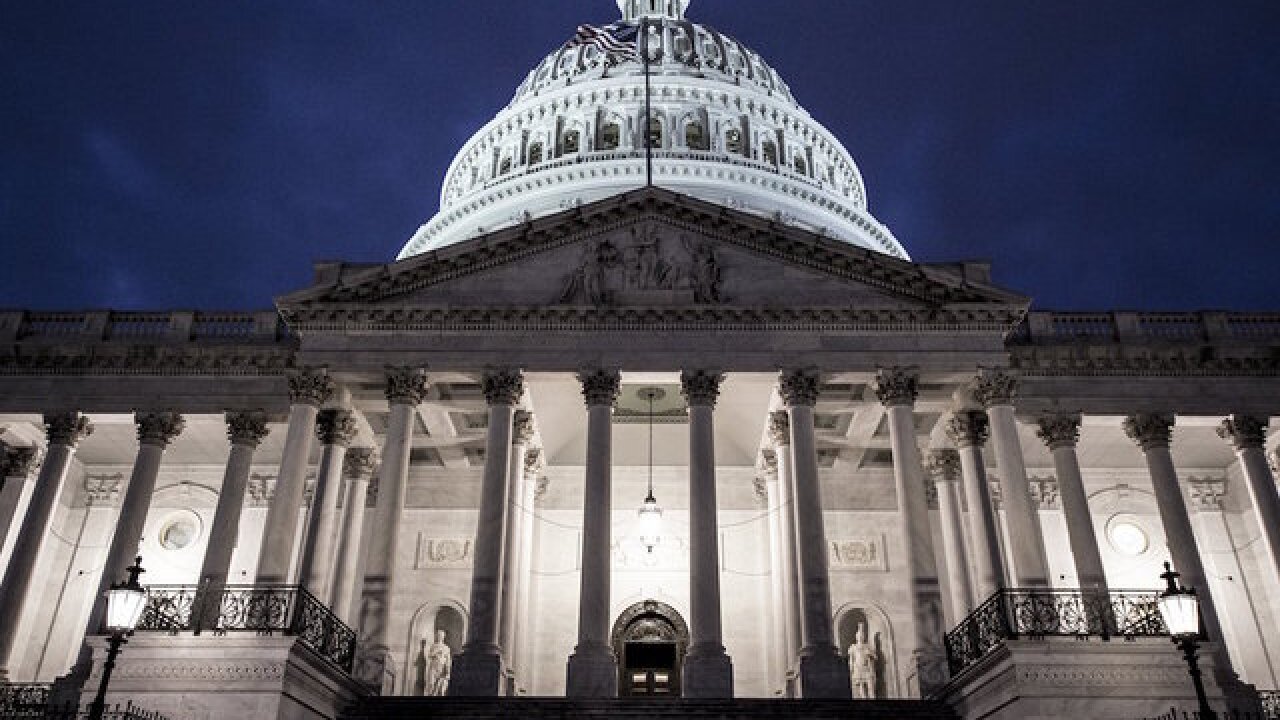 © 2018 Cable News Network, Inc.
David Brooks/CNN
<p>The US House of Representatives voted Wednesday on a bill to fund more security at schools, exactly one month after a gunman killed 17 people at a high school in Parkland, Florida.</p>

The US House of Representatives passed a bill Wednesday to fund more security at schools, exactly one month after a gunman killed 17 people at a high school in Parkland, Florida, and as thousands of students take part in a national walkout in protest of gun violence.

While the bill had bipartisan support, many Democrats were frustrated that it doesn't include any gun control measures.

"This is a pretense that we are doing something while assuring the NRA that we aren't doing anything," Rep. Steny Hoyer of Maryland, the second ranking Democrat in the House, told reporters Tuesday.

The vote was 407-10. The bill attempts to curb school violence by providing more training for school officials and local law enforcement to respond to mental health crises, as well as, among other things, money to develop anonymous reporting systems for threats and deterrent measures like metal detectors and locks.

Many Democratic lawmakers pressed Republican leaders to bring up gun control measures to expand background checks and ban assault weapons, but House GOP leaders continue to say they will wait to see what, if anything, the Senate can pass.

In the Senate, the Judiciary Committee held a hearing on the Florida shooting and failures by the FBI and law enforcement to act on warning signs displayed by the gunman before the attack.

"In the wake of the Parkland attack, this committee has an obligation to find out what happened," said Senate Judiciary Committee Chairman Chuck Grassley, an Iowa Republican, in his opening remarks. "We must hold government to account for its failures, and make sure plans are in place to avoid future tragedies. And we must rally around consensus, evidenced-based solutions that will protect our nation's most valuable resource — its youth — from violent attacks."

Both the hearing and the vote happened the same day students across the country are holding walkouts to commemorate the Parkland shooting anniversary and call for more action gun control measures. In Washington, global advocacy group Avaaz placed 7,000 pairs of shoes on the Capitol lawn to represent gun violence victims since the 2012 Sandy Hook Elementary School massacre. Protesters are demonstrating at the Capitol and in front of the White House on Wednesday.

Both of Florida's senators -- Republican Marco Rubio and Democrat Bill Nelson -- testified at the hearing. The two men have also teamed up on legislation that would encourage states to adopt so-called red flag laws , which would give law enforcement the authority to seize guns from people who pose a threat to themselves or others.

It's one of many gun control bills proposed by members on both sides of the aisle, but most efforts have largely stalled.

President Donald Trump reiterated his support last weekend for a bill by Sen. John Cornyn of Texas, the No. 2 Republican in the Senate, and Democratic Sen. Chris Murphy of Connecticut that would encourage states and federal agencies to enter more data into the National Instant Criminal Background Check System, known as "Fix NICS."

It was first introduced last fall after the Sutherland Springs, Texas, church shooting but it has seen renewed attention since last month's Florida shooting. While the bill currently has more than 60 cosponsors -- a normal indicator that it could avoid a filibuster -- many Democrats want to open up the legislation to amendments, and it's unclear how Republican leaders will proceed.

"I'm extremely interested in seeing Senator Cornyn's Fix NICS bill passed and a significant school safety bill passed," Senate Majority Leader Mitch McConnell told reporters on Tuesday. "The best way to get that done is still under discussion. But I'm anxious to pass both of them, and pass both of them soon."

The witness list at the Senate Judiciary Committee hearing also included David L. Bowdich, the acting deputy director of the FBI, as well as Ryan Petty, whose daughter was killed in the Florida shooting, and Katherine Posada, a teacher at the school, Marjory Stoneman Douglas High School.

And while there were no gun industry witnesses at the first hearing since the shooting, they loom large in the debate and play a critical role in lobbying members of Congress and rallying their supporters across the country during elections.

The House bill, the STOP School Violence Act, aims to provide more training for school officials and local law enforcement to respond to mental health crises, as well as, among other things, money to develop anonymous reporting systems for threats and deterrents like metal detectors and locks.

It does not include many of the components of a proposal unveiled by the White House -- most notably it does not include any provisions to arm teachers. House Republicans have largely ignored the President's plan, especially since he publicly declared that the major legislation the GOP-controlled chamber passed in December to loosen concealed carry rules was not something that could pass as part of broader gun legislation.