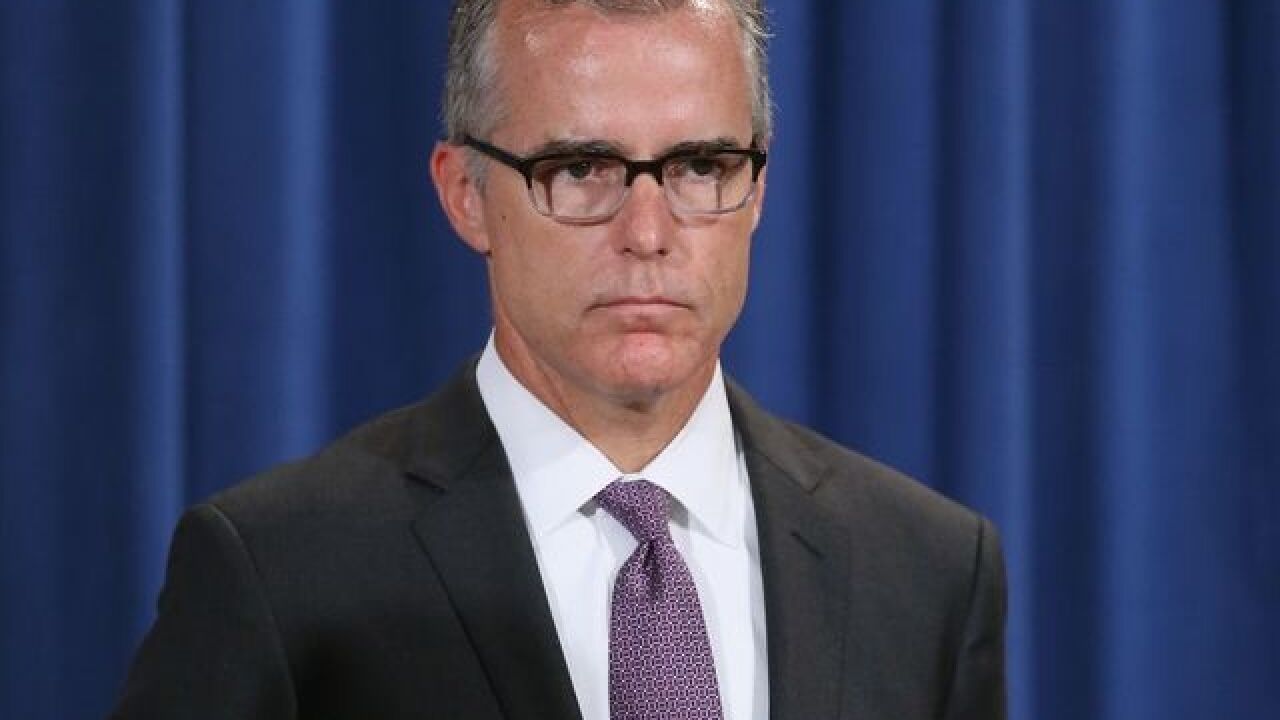 Former FBI Deputy Director Andrew McCabe was set to officially retire on March 18, but according to a source familiar with the matter, he could be fired just days before and lose his pension after a more than two-decade career at the bureau.

The embattled official abruptly stepped down at the end of January and has been on leave since that time.

CNN has learned the FBI's Office of Professional Responsibility has recommended McCabe be fired and now the decision is up to Attorney General Jeff Sessions.

The issue stems from findings in an internal Justice Department watchdog report that claims he misled investigators about his decision to authorize FBI officials to speak to the media about an investigation into the Clinton Foundation.

That report, which has been complete for over a week, according to the source, has not been released publicly. The office is currently examining how investigations were handled at the department and the FBI in advance of the 2016 presidential election, including, notably, the Hillary Clinton email server probe.

"The Department follows a prescribed process by which an employee may be terminated. That process includes recommendations from career employees and no termination decision is final until the conclusion of that process. We have no personnel announcements at this time," Justice Department spokeswoman Sarah Isgur Flores said in a statement.

The inspector general's report has taken on increased attention as President Donald Trump and his allies have railed against FBI officials like McCabe over the agency's handling of certain investigations and claims of political bias.