Sherrod Brown, Amy Klobuchar score high on electability; Elizabeth Warren, not so much 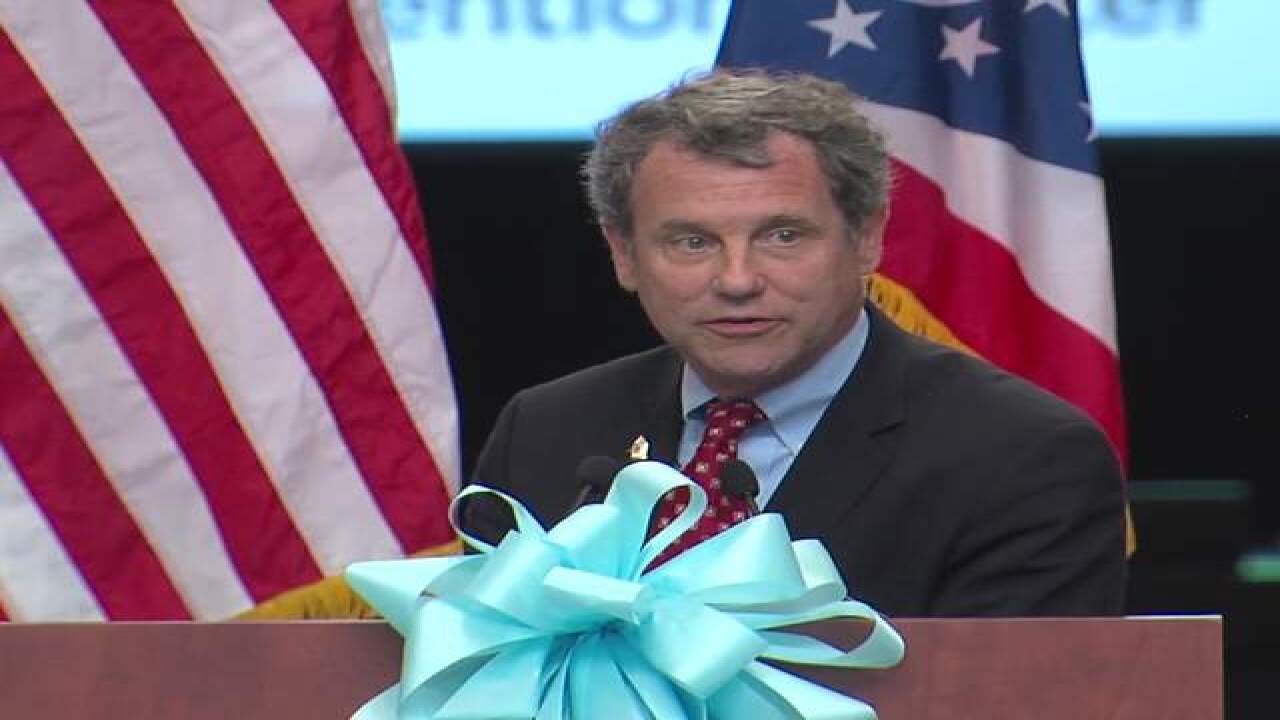 Now that the race for the 2020 Democratic nomination has officially started, one of the big issues that will likely come up is which candidate is the most electable.

One way to find that out is to see how the different possible candidates have done in the past. Of course, it's difficult to compare candidates when they run for different offices in different years.

There are, however, six potential 2020 Democratic contenders ran who ran for the US Senate in 2018.

The big takeaway from those results: Sens. Amy Klobuchar of Minnesota and Sherrod Brown of Ohio are above-average candidates on the question of electability, while Sen. Elizabeth Warren of Massachusetts -- who announced Monday that she's formed a committee to explore a 2020 presidential run -- is below average.

To come to that conclusion, I followed a pretty simple formula. I looked at how Brown, Klobuchar, Warren, Sen. Kirsten Gillibrand of New York, Texas' Beto O'Rourke and Sen. Bernie Sanders of Vermont did in their 2018 Senate races. Then I examined how Democratic US House candidates in those same states performed. Thanks to Catalist, a data company that works with Democrats and others, we can calculate how unopposed House candidates would have done in races had they had opponents.

Klobuchar won her race by 24 points. Democratic House candidates in Minnesota won by 11 points, which is the same margin Klobuchar's home state colleague, Democratic Sen. Tina Smith, won her special election by. So Klobuchar had a 13-point overperformance.

Klobuchar's win is particularly impressive when you look at all Democratic Senate candidates running in 2018. Only Sens. Heidi Heitkamp of North Dakota and Joe Manchin of West Virginia did better than Klobuchar compared with the US House candidates in their states.

Now, you might think Klobuchar, Heitkamp and Manchin were able to do so relatively well because they don't have particularly liberal voting records. That may be the case, though Brown's Ohio performance suggests well-known progressives can also score well.

Brown won his Ohio race by 7 points. That may not seem like a lot, but Ohio Democrats struggled in House races. All told, Republican House candidates in Ohio beat Democratic House candidates by 5 points. In other words, Brown did 12 points better than the baseline.

Brown can rightfully claim that he flipped a red-leaning state blue in the midterms. That's a fairly powerful message given that Hillary Clinton would have won in 2016 had she taken the states that she did plus Ohio and next-door Pennsylvania (which she lost by less than a point).

Warren, on the other hand, comes from a very different state, politically speaking. Warren won in Massachusetts by 24 points. House Democrats, though, swept all the congressional races in the Bay State. Had all the Democratic US House candidates in Massachusetts had Republican opponents, it is calculated Democrats would have won the cumulative statewide House vote by 36 points.

So Warren underperformed the House Democratic baseline in Massachusetts by 12 points. That's the worst of any Senate candidate in 2018. Even scandal-ridden Sen. Bob Menendez of New Jersey did a little better compared with the US House vote in his home state than Warren did in hers. Warren's 2018 performance is one of the big reasons to question her electability.

The story is not as clear for the other potential 2020 Democratic candidates who ran for the Senate in 2018. Gillibrand and O'Rourke did slightly better than Democratic House candidates in their states, while Sanders did slightly worse."

For O'Rourke, there's a bit of a complication in making a comparison. He is the only non-incumbent investigated here. Usually, incumbents do better than non-incumbents in Senate races. That means O'Rourke's slight overperformance may be more impressive than meets the eye at first glance. That said, there are more Republican US House incumbents in Texas than incumbent Democrats, so the House baseline may be artificially pro-Republican as well. Additionally, the incumbency effect was low in 2018.

The bottom line is that the case for O'Rourke being an above-average candidate on electability is not as strong as it is for Brown or Klobuchar. Even if their above-average electability translates just to their home regions, Brown and Klobuchar have fairly easy cases to make.

Both handily won in states that President Donald Trump did better in than the average Republican in 2016. They may be able to eat into the President's Midwest support in ways that could prove to be decisive in 2020, just as Trump's strength in the region proved decisive in 2016.