Food insecurity for most vulnerable populations, including kids and seniors, at an all-time high

Kids and seniors most at-risk for food insecurity during pandemic 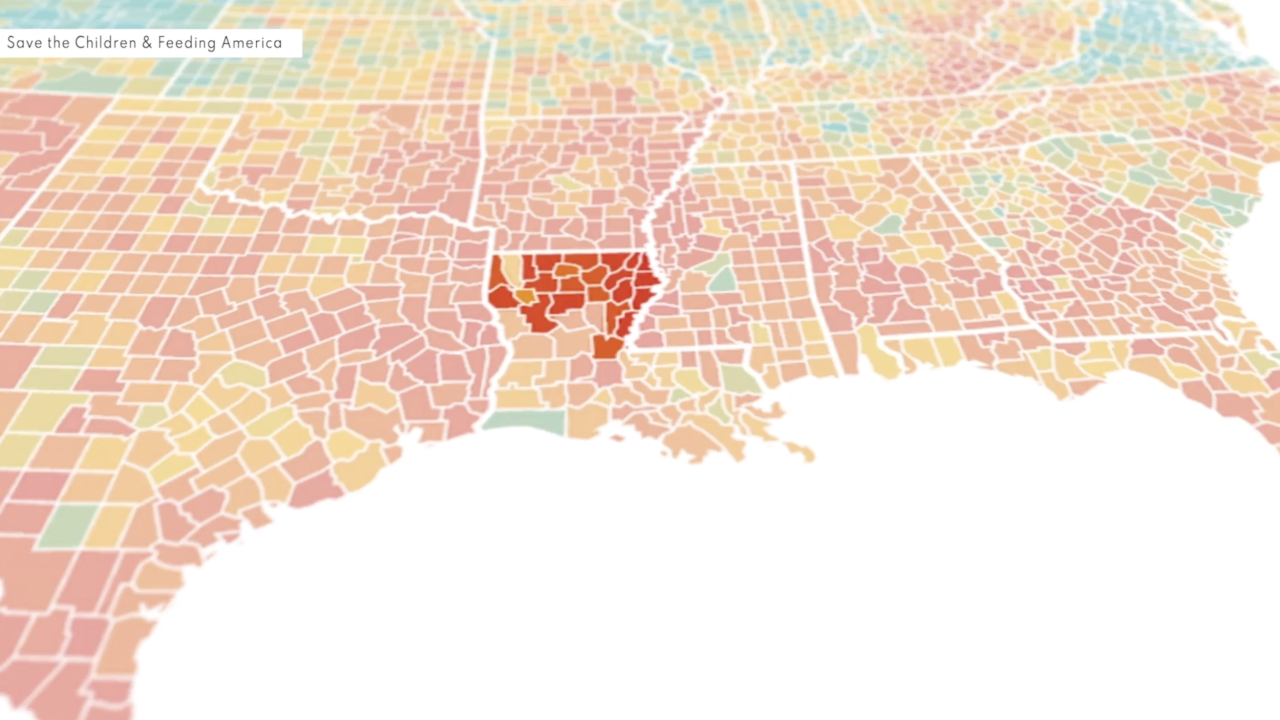 Food insecurity has skyrocketed in communities across the country during the pandemic. Rural communities have been hit especially hard.

For grandmother Mary O'Neal, she's raising her 8-year-old grandson on her own. Without help from her local food bank, she said she doesn't know how they would get by.

Her husband passed away a couple of years ago, which cut their fixed income in half. Since then, O'Neal said she's really had to save.

"I had to pick up, and we had to start doing things different," said O'Neal.

That loss was made worse when a tornado ripped through their northeast Louisiana home.

But O'Neal said she never imagined the storm coronavirus would bring right into her kitchen. Food was running short—not only for her, but for her diabetic grandson, so she visited The Care and Hope Ministry, a small church turned community food bank, for some help.

"For us, it’s more than just than a box of food," said Pam Walker, who runs the food distribution. "It’s relationships, it’s loving on people, it’s hope, hope in a time of despair."

Hope is just what O'Neal needed, especially after her grandson's school, and several in the area, stopped sending home-packed lunches while students were doing remote learning.

"That was all cut out the last of June. They didn’t give any more lunches," said O'Neal.

Those programs running dry made mealtime that much tougher on O'Neal and so many others.

Poverty is high across most of Louisiana and in many rural communities across the country, contributing greatly to food insecurity.

In the northeast corner of Louisiana, 1 in 4 children doesn't know where their next meal will come from. In some counties, nearly half the children go hungry on a regular basis.

With schools closed and unemployment at unprecedented levels, the non-profit Save the Children said nearly all the progress towards eradicating hunger that was made since the recession was erased within a matter of months.

"We were moving in the right direction," said Will Dittmar, the state director of program implementation for California and Washington of Save the Children.

"We were seeing food insecurity be addressed in the communities we knew it was most prevalent. That's typically low resource, rural communities, and communities of color. Over the last couple months, as COVID hit, we have seen a lot of those gains disappear and see it disappear first and foremost in the counties I just mentioned," said Dittmar.

But, children aren’t the only victims. Seniors are now going hungry more than ever before.

Seeing this, the non-profit created special boxes for seniors. The volunteers give extra supplies like fresh produce and meats to those on a fixed income, hoping to help keep the vulnerable group out of the grocery store.

"Our food program does allow them to have a boost to allow them to get through the month until their check is deposited," said Walker.

It's a safety net senior Ronnie Ramshur is grateful for.

"It is the hardest thing in the world to do, to stretch your check out for the month, you just can’t do it," said Ramshur. "You know, you’re used to getting paid every week, and without them helping us like they do, it would really be tough. They’re a blessing, they are."

Ramshur lives with five other members of his family and says rising prices at the grocery store and limited stock have kept his loved ones from eating.

"It's just got us all messed up," he said. "When you get limited down to two on pork, two on chicken, and you got a family of six, you barely got a meal."

O’Neal says she feels that pain, too.

"I won’t buy some things, some times, that I would like to have, but I say, ‘You know, I don’t really need this,’ and I just keep walking," she said.

These tough moments are being forced on families across the country.

"If we get hungry enough, we’ll eat anything and you know, we can’t be choicey," said O'Neal.

It’s bringing the reliance on food banks to an unprecedented high.

"We have smaller cities, a lot of rural areas, and there’s really not a lot of jobs for folks. There’s lack of public transportation and really not much opportunity," said Jean Toth, the executive director of the Northeast Louisiana Food Bank.

The Greater Northeast Louisiana Food Bank is just up the road from The Care and Hope Ministry. Like many food banks across the nation, this regional hub is now relying on the national guard to pack supplies for its smaller partners.

"A lot of our non-profits are run by volunteers, and a lot of those volunteers are seniors, and so while they’ve had to shut down, we’ve had to look at how we can get the food into those communities," said Toth.

Toth is just hoping these troops will be able to stay until it’s safe for her volunteers to come back to work.

"We’re the only food bank in this region, and our partners get the majority of their food from us, so if we’re not open to serve them, that’s 12 parishes or counties that would have no food to be distributed, and that would have a devastating impact on this area," said Toth.

For O'Neal, that devastation already set in.

"We can all do with less than we think we can," she said.

But each time she drives up to this little church on the corner, a small part of her pain is lifted.

"We’ll get through it. America’s a great place. We’ll see the other side, but we’ve gotta help each other through," said Walker.