Trump to withdraw troops from Afghanistan, Iraq against advice of military leaders, allies 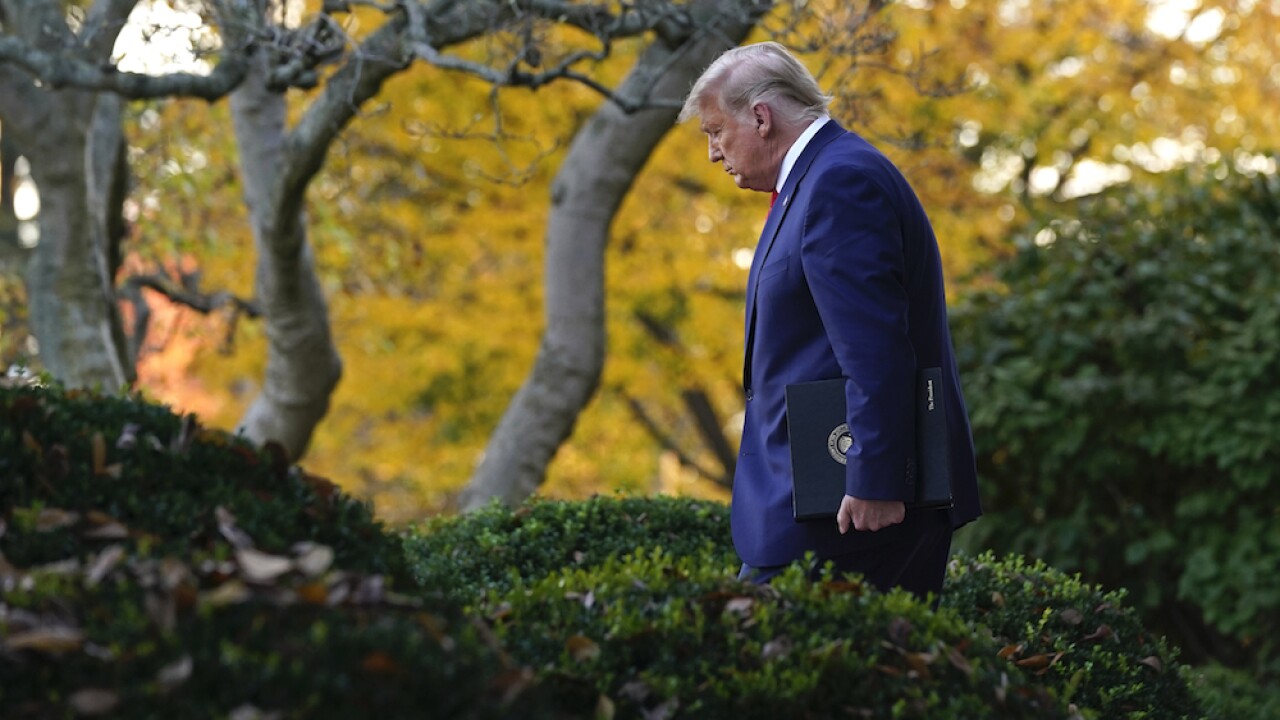 He says the decision fulfills President Donald Trump’s pledge to bring forces home when conditions were met that kept the U.S. and its allies safe, even though Republicans and U.S. allies warn against a rash withdrawal.

The new plan will accelerate troop withdrawals from Iraq and Afghanistan in Trump’s final days in office, despite arguments from senior military officials in favor of a slower, more methodical pullout.

Officials have issued a "warning order" to the Pentagon to indicate that it intends to reduce troop numbers to 2,500 troops in Afghanistan and 2,500 in Iraq by Jan. 15 — five days before Trump is slated to leave office.

The decision comes just days after Trump installed a new slate of loyalists in top Pentagon positions who share his frustration with the wars. Trump fired Sec. of Defense Mark Esper earlier this month after sending a classified memo to the White House that asserted top military opinions that troop levels in the region should not be reduced.

The expected plan means that President-elect Joe Biden would be leading the fourth administration to grapple with the still smoldering conflicts launched in the aftermath of the Sept. 11 attacks.

On Tuesday, NATO Secretary-General Jens Stoltenberg says the military organization could pay a heavy price for leaving Afghanistan too early.

Stoltenberg said that "no NATO ally wants to stay any longer than necessary. But at the same time, the price for leaving too soon or in an uncoordinated way could be very high."

He says Afghanistan "risks becoming once again a platform for international terrorists to plan and organize attacks on our homelands."