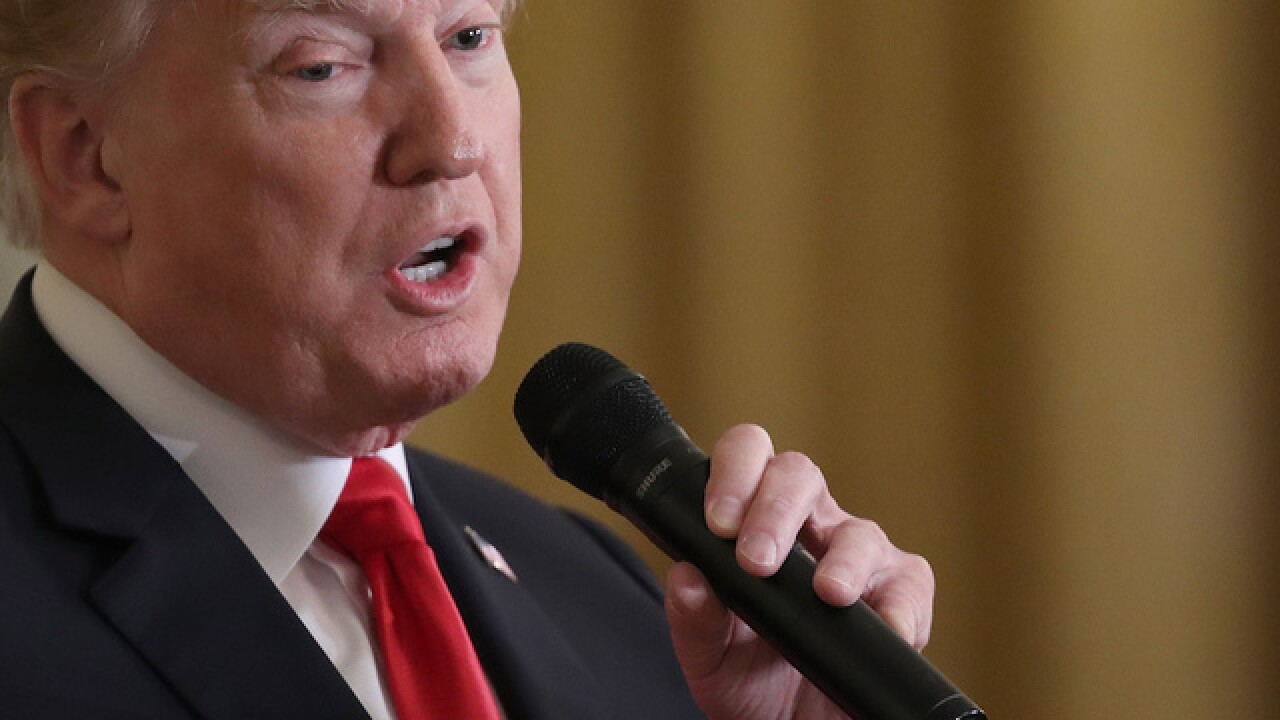 While congressional leaders continue to search for viable solutions to address America's gun violence, not even some of the more limited proposals are likely to make it to the Senate floor this week, and other issues are starting to crowd Capitol Hill's agenda.

It's been more than two weeks since a gunman killed 17 people at a high school in Parkland, Florida, but mixed messages from the White House and reluctance in Congress to tackle anything more than narrow changes has led to a legislative paralysis in Washington.

At the forefront of the uncertainty on guns is President Donald Trump. Congressional leaders, as well as rank-and-file members, had been waiting for Trump to take the lead on the issue or at least clearly spell out his priorities, but after a week's worth of confusing and seemingly conflicted statements, the President's contributions have done little to move legislation forward.

"He's already demonstrated he has influence over here in terms of swaying votes, so we'll see," said Sen. David Perdue, a Republican from Georgia when asked if Trump had the power to get Congress to act on guns.

Senate Majority Leader Mitch McConnell said Thursday that his chamber is focusing this week on a banking bill, telling reporters that in terms of addressing gun violence, senators would "love to do that at some point."

McConnell added, "I'm hoping there is a way forward."

Over the last week, Trump has revealed himself to be much more flexible on the Second Amendment than many in his party. While he has embraced arming gun-savvy teachers, he has also endorsed changes that have been long-rejected by the National Rifle Association. At a televised, wide-ranging meeting at the White House that Republican Sen. John Cornyn of Texas described as "surreal," Trump praised a bill to expand background checks -- something the NRA opposed in 2013 -- and called for lawmakers to raise the age at which individuals can buy a rifle. Trump also told Majority Whip Steve Scalise that a prized concealed-carry reciprocity bill the House GOP already passed would never pass the Senate.

The NRA and White House staff have since tried to backtrack some of Trump's comments including one in which he declared he'd like to take away the guns of people who were deemed potentially dangerous before going through the court system. But Trump has also refused to let go of the gun issue even amid an ever-changing news cycle.

Trump met with NRA leaders Thursday night. Following the meeting, Chris Cox, the executive director of the group's lobbying arm, tweeted that he had a "great meeting" with Trump.

In a briefing with reporters Friday morning Trump's spokeswoman Sarah Sanders tried to clarify Trump's comments and was asked if Trump committed to anything in the NRA meeting.

Democrats have been watching Trump with careful optimism, but Senate Minority Leader Chuck Schumer said Friday on CNN that Trump has a reputation of being an unpredictable negotiating partner.

"When I dealt with the President on immigration, I said negotiating with him is like negotiating with Jell-O. And that's what happens," Schumer, of New York, said in an interview with CNN's Wolf Blitzer. "He believes one thing one day and then seems to contradict himself."

"Here with guns, it's a typical pattern," Schumer said. "With the bipartisan group and the camera lights on, his instincts were to do the right thing."

Schumer later added, "Then the hard-right puts pressure on him -- in this case, the NRA -- and he does a total 180-degree flip."

If anything can advance, it might be changes to background check system

On Capitol Hill, more work will happen behind the scenes.

According to a source familiar with the situation, Trump called Senate Majority Whip Cornyn on Thursday night to emphasize he still supported his narrow piece of legislation, known as "Fix NICS," that aims to provide incentives for states and federal agencies to enter more records into the country's National Instant Criminal Background Check System. That bill has long been considered the one with the best chances of passing even as Democrats have insisted they want more.

"If we were able to pass a bill that actually saved lives, then he would sign it," Cornyn said Thursday afternoon.

Some lawmakers are still trying to find a path forward on an expanded background check bill for which Trump signaled support. Sens. Joe Manchin, a West Virginia Democrat, and Pat Toomey, a Pennsylvania Republican, have been shopping around to colleagues a bill that would expand checks on internet and gun show sails.

Toomey said he's received no new commitments, but some members are open.

"There are several senators who voted no in the past who are hoping to reconsider, but where they will end up, I don't know," Toomey said last week.

Manchin told CNN on Sunday that he believes Trump would support his bill.

"I really believe he would," Manchin said on CNN's "State of the Union. "In my heart of hearts I believe that."

Manchin added he thinks there is reason to believe the President would back the legislation and could be the key mover for the bill.

"It's up to President Trump," Manchin said. "That can be a legacy for him."