US diplomats told not to tweet about Rex Tillerson's firing 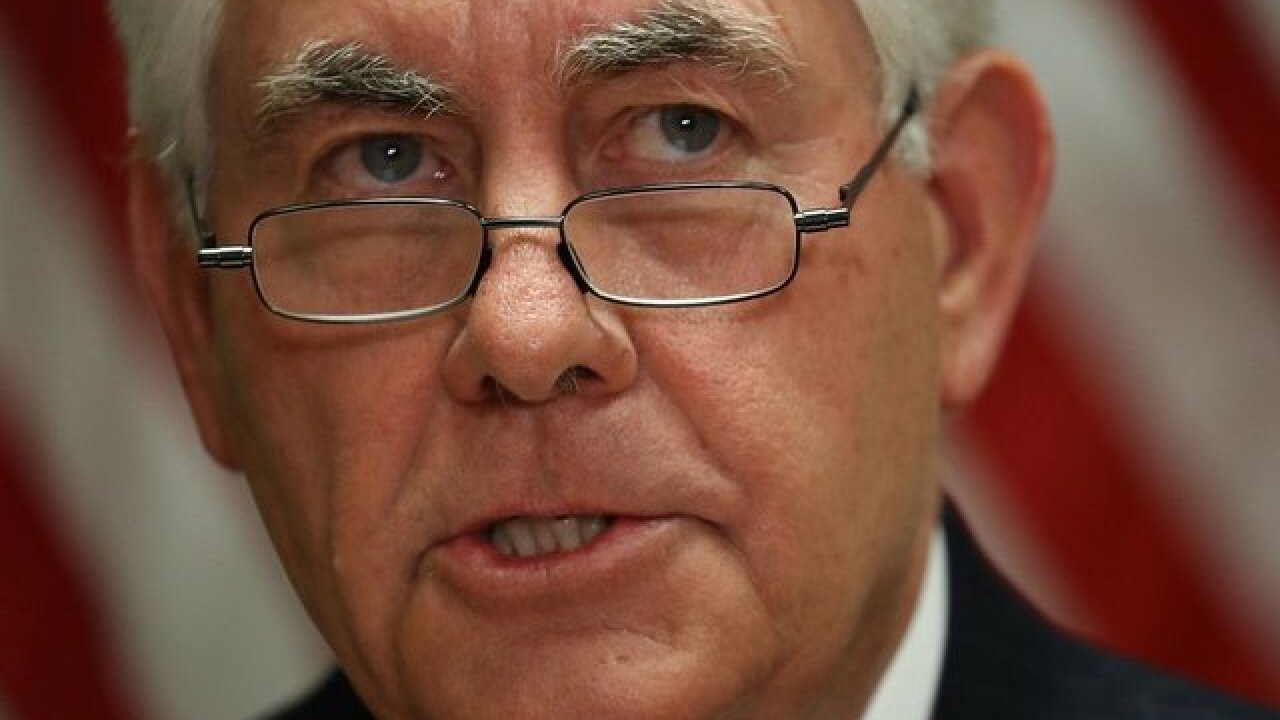 Just after Secretary of State Rex Tillerson's sudden firing Tuesday morning, American diplomats at posts spanning the globe were then increasingly surprised -- and in some cases disturbed -- to receive guidance from Washington telling them not to post or retweet the statement from Undersecretary of State Steve Goldstein on how Tillerson was fired by President Donald Trump, according to multiple diplomats who spoke to CNN about the guidance.

Goldstein, part of Tillerson's tight inner circle of aides, had released a statement to the press and then tweeted words that he says came from Tillerson himself on his firing: "The secretary did not speak to the President this morning and is unaware of the reason, but he is grateful for the opportunity to serve, and still believes strongly that public service is a noble calling and not to be regretted."

Goldstein said Tillerson found out he was fired that morning in a tweet from the President; Goldstein himself was then fired after that statement conflicted with the White House's official line that Tillerson was notified by White House chief of staff John Kelly three days earlier in a late-night phone call.

Multiple diplomats tell CNN it was highly unusual to receive guidance from home to avoid retweeting or repeating the official words of their own undersecretary. The guidance email told them to "freeze further amplification of content that features (Secretary Tillerson)" until Tillerson himself delivered remarks later in the day, according to a senior State official who read it to CNN.

That senior State Department official told CNN that the message was "a request from a deputy assistant secretary to hold off, until the secretary had done his briefing."

But the tone and content of that guidance didn't sit well with many employees, as Goldstein's recounting of Tillerson's firing was already being quoted and retweeted and was not being disputed by the State Department.

On a website for internal State Department use, someone had even begun translating the Goldstein statement so that embassies could post it -- but abandoned the effort after only two languages.

One overseas diplomat laughed while recounting the confusion the guidance caused. "We were told not to tweet it out, and just to wait."

"We think it's bizarre, but it is what it is," another said.

And another foreign service officer told CNN, "It was strange. Usually we would post that and retweet it."

A senior State Department official in Washington agreed: "That's not something you do in this country. ... The statement came from an undersecretary, and it was clear those were Tillerson's words. And he's still secretary of state."

A former US diplomat also weighed in, saying, "Not a single embassy retweeted Goldstein's message -- which is unheard of, and consistent with them being told to avoid that particular message. But why?"